Northwestern holds off Illinois, moves to 10-2 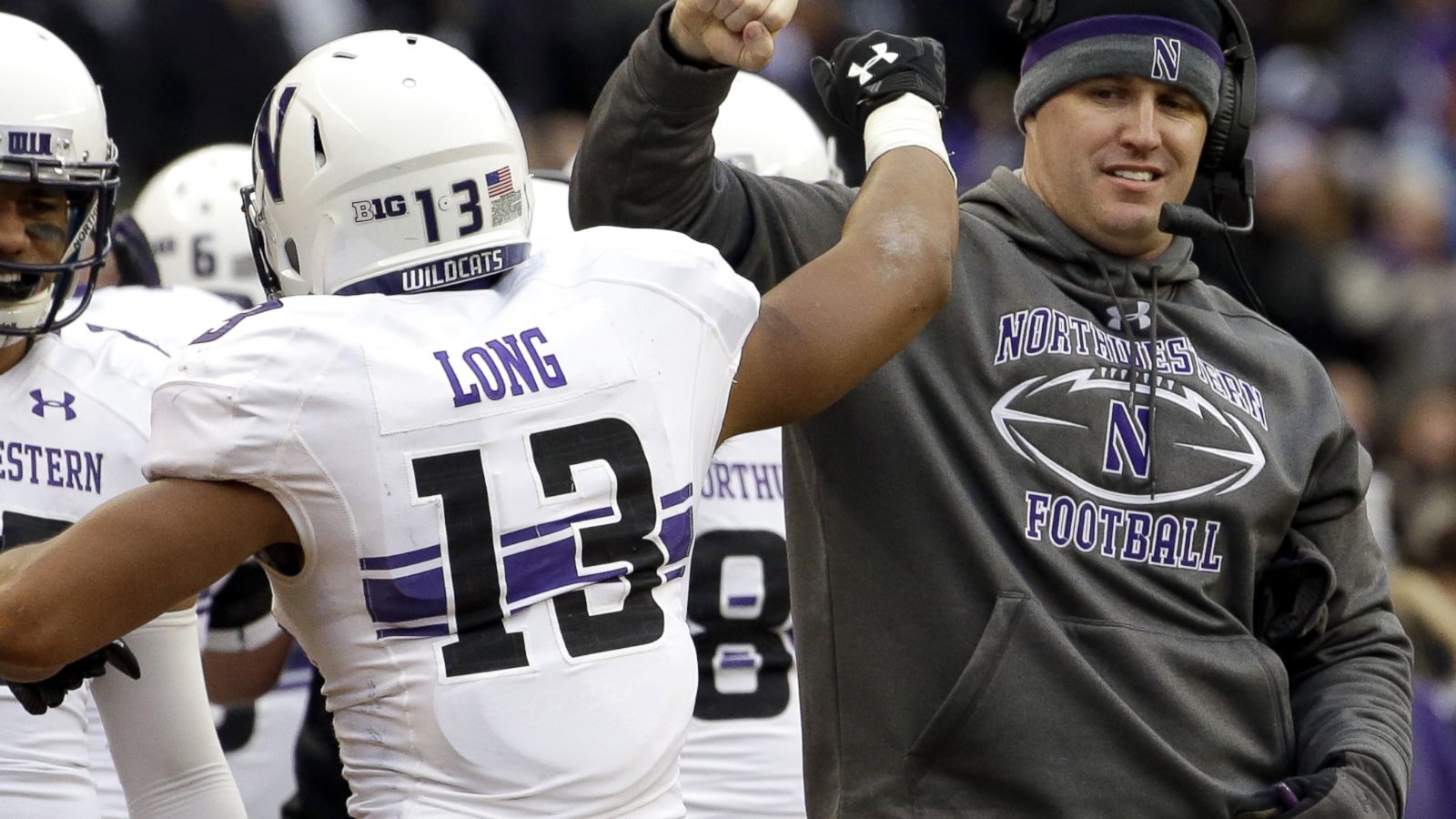 CHICAGO– In last year’s season finale, Northwestern hosted in-state rival Illinois with both teams searching for a sixth victory and bowl eligibility. The Illini came into Evanston and made a statement, winning 47-33 to spoil the Wildcats’ senior day and send them home for the winter.

What a difference a year makes.

Clayton Thorson and the Northwestern offense engineered three straight touchdown drives in the first half and the defense stepped up once again, as the Wildcats beat the Fighting Illini 24-14 Saturday afternoon at Soldier Field in Chicago. Northwestern finishes with 10 regular season victories for the first time since the 1995 team did so en route to a Rose Bowl appearance.

Pat Fitzgerald’s crew also reclaimed the Land of Lincoln Trophy for the first time since the Wildcats beat Illinois in Champaign in 2013.

“After this game last year, I walked in the locker room and I was very self-critical, I thought I failed the team,” Fitzgerald said. “I didn’t do enough to get the [backup players] ready… This year was different. [We told all the players] ‘we’re gonna play you.’ We’re not just gonna say you’re ‘one play away.'”

Illinois finishes the season 5-7 and is unlikely to make a bowl game. Much has changed for the Illini since losing to Louisiana Tech in the Heart of Dallas Bowl last December: former head coach Tim Beckman was fired one week before the season opener amidst allegations of player mistreatment and Illinois Athletic Director Mike Thomas was fired earlier this month. Current interim head coach Bill Cubit was offered a contract extension before the game Saturday morning.

Surrounded by turmoil within the coaching staff and administration, the Illini lost six of their last seven games to dash any faint postseason hopes. The tide seemed to be turning in Illinois’ favor Saturday after a tipped Thorson pass was intercepted and returned for a touchdown by Mason Monheim, but Northwestern’s defense preserved the lead and shut down Illinois’ offense for much of the game.

“We had to put the fire out,” sophomore linebacker Anthony Walker said. “They gained a little bit of momentum there [after the pick-6]… We just had to be ready when the opportunity presented itself and give the ball back to our offense.”

With a short field in front of it, Illinois scored on its first drive of the game. The Illini converted two third downs and a fourth down before Wes Lunt snuck into the end zone for a touchdown and a 7-0 Illinois lead.

Thorson hit Austin Carr with a 48-yard completion before finding superback Dan Vitale on a crossing route in the red zone. Vitale made a juggling catch, tip-toed the sideline and dove into the end zone.

“I couldn’t believe I scored,” Vitale said. “I knew I had to focus on that catch, it was gonna be a tough one. Clayton put it exactly where it needed to be.”

Running back Justin Jackson had a career high 37 carries and rattled off 172 rushing yards and a touchdown on the afternoon. His score from three yards out early in the second quarter put Northwestern up 21-7 and made it look like a blowout might be forthcoming.

“We know what type of team we could be,” Jackson said of the offense’s potential. “It’s our execution, a lot of times it’s 3rd and 2, we just don’t get the first down or something like that. But we got a young quarterback, some young guys up front and on the outside. We’re gonna keep building.”

The Illini hung around, but simply made too many mistakes down the stretch. Illinois receivers dropped numerous passes, the team committed several penalties and the offense seemed disconnected for much of the game. A personal foul penalty on the Illini negated a Northwestern punt and led to a Warren Long touchdown six plays later, and a false start penalty late in the game negated a fourth-and-1 play and led to a short field goal attempt–which was missed.

Northwestern, on the other hand, made the plays when it counted down the stretch. The ‘Cats finished the season with five straight wins, going undefeated in the month of November. If you ask Fitzgerald, his team deserves more recognition from the College Football Playoff Committee and is worthy of a New Year’s Six bowl appearance.

“I would say look at the resume,” Fitzgerald said. “The eyeball test is wins, the rest of the stuff is great for SportsCenter and BTN… I would ask the committee to take a look at the film. Watch the tape.”

That being said, there was an upbeat atmosphere in the Wildcats’ locker room after this one. A bowl victory would give Northwestern a program-record 11 wins.

“This is just an awesome feeling,” senior defensive end Deonte Gibson said. “This is the best defense I’ve played on my entire life. [This year] is an opportunity to make a statement, to say that we’re a great academic school, but we also play great football here too.”