So you wanna know about Tennessee

Posted on December 8, 2015 by Ben Goren Leave a comment

Northwestern takes on Tennessee on January 1st in the Outback Bowl. It will be a super awesome, fun game that everyone should watch/listen to because Northwestern is good, and Tennessee is pretty good too. But odds are, you don’t know very much about Tennessee. Maybe it’s because their best win is against Bowling Green in week 1, or that the SEC East sent a team with an offense that can be best described as “playing tennis with chainsaws for hands” to the SEC Championship game, or because the Nashville media market isn’t quite the same size as the Gainesville one. Who knows. Either way, this article is made for folks like you. Let’s figure out what makes Tennessee tick.

The best part about Tennessee’s resume is that they haven’t lost to anyone bad. In fact, all of their losses are to darn good teams.  They lost to Oklahoma in Double OT, Florida when they still had Will Grier, Arkansas, and Alabama.  All of those losses were by one touchdown or less.  Northwestern on the other hand lost two games to top 20 teams. 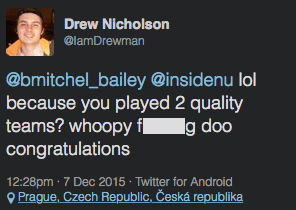 But on the other hand, Tennessee has played 12 games and have beaten really nobody of note.  Bowling Green is about as good of a non-power 5 team as there is, but they’re still a MAC team whose best win came against Western Michigan.  Georgia is now sans coach.  They are not impressive wins.  Northwestern beat Stanford. Which is way better than any team Tennessee beat.  Northwestern also beat Wisconsin on the road and knocked off a solid Penn State team at home. 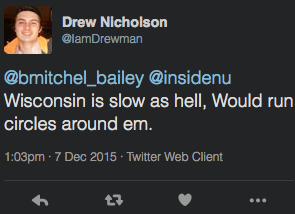 Tennessee’s passing offense isn’t explosive. They rank 95th in IsoPPP, which isn’t really anything to be afraid of. But Josh Dobbs is an efficient passer, even if Tennessee isn’t a serious threat to take the top off of the defense.  He completes 60% of his passes, throwing for over 2100 yards and 15 TDs and just 5 interceptions. Dobbs spreads the ball around to a host of wideouts, none of whom have more than 400 receiving yards on the year. Von Pearson, Josh Malone, and Josh Smith are the most dangerous of the bunch. And while the stats aren’t impressive, they’re significantly more potent a bunch than anything Northwestern has in the passing game. But remember when NU beat Stanford? 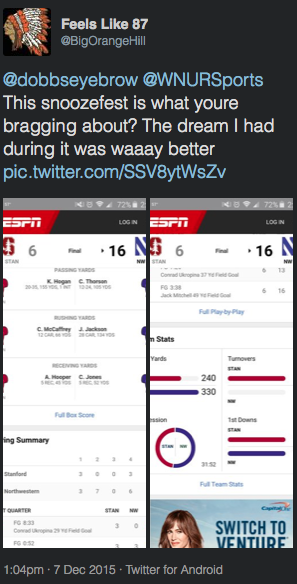 Both teams are built similarly. Dynamic running backs with mobile quarterbacks. Tennessee is a run first team.  Jalen Hurd has rushed for over 1100 yards and 11 TDs, an awfully good sophomore campaign. Josh Dobbs as a junior is what many people hope Clayton Thorson can be as an upperclassmen. Dobbs has rushed for a little less than 800 yards and punched it in 9 times himself on the ground. While Dobbs may be a grown up Clayton Thorson, the feature-back/thunder/lightning trio of Justin Jackson, Warren Long, and Solomon Vault should have the advantage. 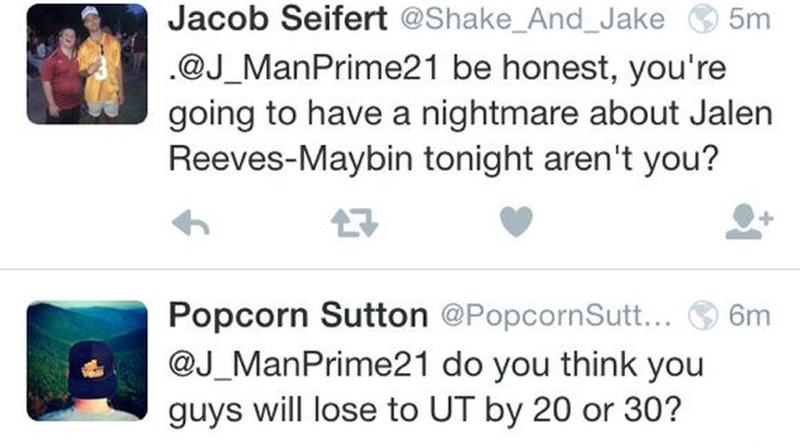 Tennessee has the 25th ranked defense in the nation according to S&P+.  Just as Northwestern is led by a stud linebacker, so is Tennessee. Jalen Reeves-Mabin has 80 tackles, 13 TFLs, and 5 sacks. Defensive end Derek Barnett has 9 sacks. Todd Kelly Jr has 3 interceptions on the back end of the Volunteer secondary. Tennessee is slightly better against the run than against the pass. They’re a good unit.

Northwestern is an elite unit. They’re every bit as good against the run as they are against the pass. They cause havoc in the front 7 and with the back 4. They have the 4th best defense in the nation according to S&P+ and the 7th best defense according to points allowed. They’re good. They’re scary good. And they’re every bit as good as any team this side of Alabama that Tennessee has faced. 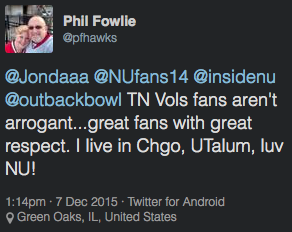 Tennessee has maybe the best special teams unit in the entire country. Evan Berry has taken 3 kicks back to the house. Cameron Sutton has taken 2 punts back and Alvin Kamara cribbed one too. Trevor Daniel is averaging north of 45 yards per punt. Aaron Medley may be converting only about 70% of his field goals, but that’s the sole weak spot of what is an enormously successful unit. They might not have the #JackMitchellClutchGene, but Tennessee can change the game in the third phase.

Northwestern is a better team from a better division of a better conference with a better resume and a much better defense. If fans choose to, they can continue to throw poop at each other on Twitter. Tennessee fans and Northwestern fans alike seem to take great joy in it. But at least now, hopefully both fan bases have a more realistic idea of what these teams are about.

And remember, before you choose to get mad online: