Posted on December 14, 2015 by Michael Stern Leave a comment 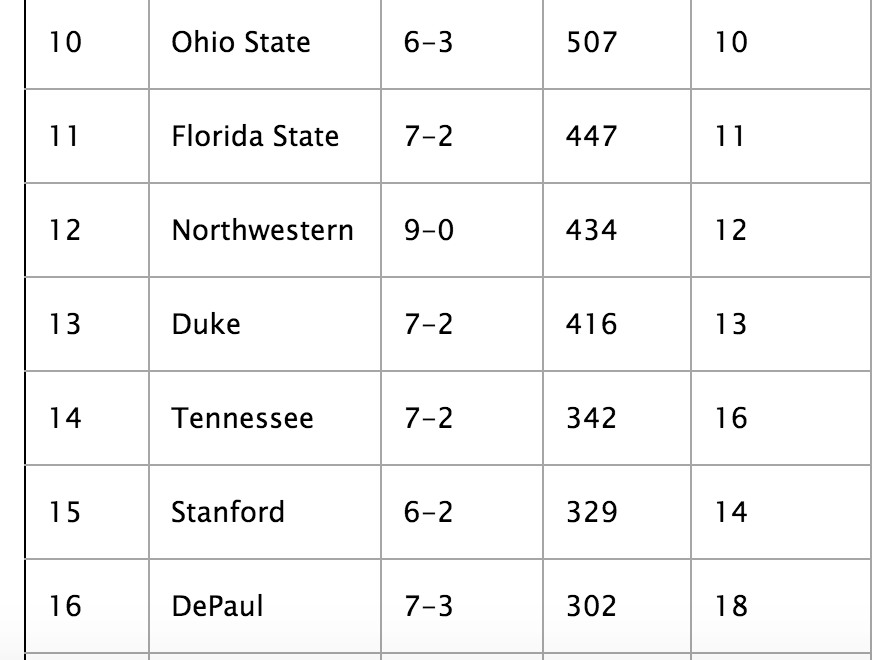 Another week, another number 12 ranking for Northwestern women’s basketball. The Wildcats host 16th-ranked DePaul this weekend.

The new AP poll has been released for Women’s Basketball, and Northwestern remains number 12.

NU played one game last week, defeating Loyola 81-72 in Rogers Park to improve to 9-0 on the season.

The Wildcats stayed at number 12 even though Florida State, the poll’s 11th-ranked team, lost to UConn on Friday.

NU plays two home games this week, and both can be heard on WNUR. The Wildcats host Alcorn State on Tuesday morning, then face 16th-ranked DePaul on Saturday.