Posted on December 15, 2015 by Michael Stern Leave a comment 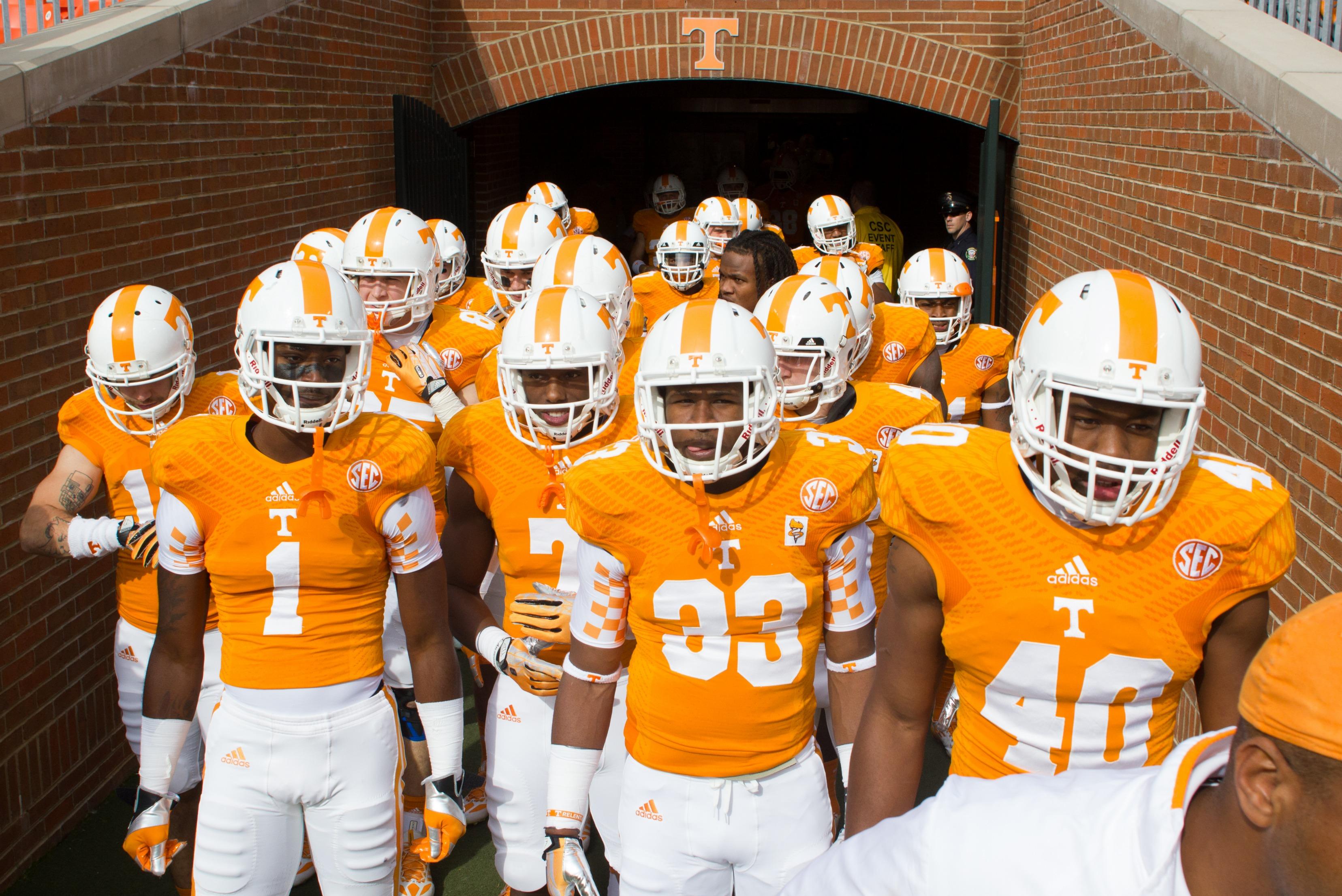 At the beginning of the year, it wasn’t clear if 6 Degrees would be more than a 12-game contract. Northwestern’s bowl drought doubts were officially swept aside in late October, when the Wildcats held on to beat Nebraska, and the bowl matchup was officially set earlier this month: for the second time in as many bowl appearances, Northwestern is headed to Florida to face an 8-4 SEC team.

This year’s opponent is Tennessee. The Vols and ‘Cats have locked horns once before, at the 1997 Citrus Bowl. Tennessee got the better of NU on that day, as Volunteer quarterback Peyton Manning threw for 408 yards and four scores.

While this year’s Tennessee team doesn’t have a future number one overall draft pick at quarterback, they’re still very talented. As for specifics, well, here are six things you need to know about the Tennessee football team.

1. They Run the Ball Well. Just like an SEC team is supposed to, the Vols do most of their damage on the ground. Alabama and LSU were the only SEC teams to run for more yards than the Vols this year, but while the Tide and Tigers each feature one bell cow back, Tennessee has a bevy of capable runners. Sophomore Jalen Hurd gets the bulk of the carries, and he finished the regular season fourth in the SEC with 1,158 rushing yards. Alvin Kamara transferred to Tennessee from community college after leaving Alabama, and he’s a solid backup with 917 yards from scrimmage on the season. Throw dual-threat quarterback Josh Dobbs into the mix (he’s run for 623 yards at 4.7 a carry while Northwestern’s Clayton Thorson has notched 374 rushing yards a 4.3 a carry), and Northwestern will have to focus in on stopping Tennessee’s running game.

2. They Lack a Big-Play Receiver. The good news for the Northwestern defense is that they’ll be able to focus primarily on the running game since the Vols don’t have a big-play receiver. That’s not to say Tennessee can’t move the ball through the air (Dobbs’ 177 passing yards per game was good for 7th in the SEC and well ahead of Northwestern), but the Vols’ air attack misses Marquez North badly. After receiving freshman All-American honors in 2013, Tennessee has been waiting for North to take the next step, but the junior has caught only five passes this season and missed four of the team’s last five games with a lingering back injury. If North is healthy, Tennessee’s passing offense becomes a lot scarier. If North can’t play, expect touches to be spread out pretty evenly between wideouts Von Pearson and Josh Malone, possession receiver Josh Smith, and tight end Ethan Wolf.

3. Their Special Teams are Special. Northwestern fans know how valuable a big punt return (Miles Shuler vs. Minnesota) or kickoff return (Solomon Vault vs. Duke and Penn State) can be, and Tennessee has plenty of firepower on its return units. Evan Berry wears his older brother Eric’s number 29 and led the nation with 38 yards per kickoff return and has taken three kickoffs to the house. Cam Sutton handles punt return duties and has return two for scores. The Wildcats better be ready to tackle on special teams, or these two speedy Volunteers will give Tennessee a quick six points.

4. Their Defense Gets Off the Field. Tennessee and Northwestern have the same defensive strength: their opponents don’t convert third downs. Northwestern ranks 11th in the nation holding opponents to a 31% third-down conversion rate, while Tennessee 28% opponent conversion rate ranks 4th in the country. The top play-makers on the Volunteer defense are Jalen Reeves-Maybin and Derek Barnett. Reeves-Maybin leads the team with 99 tackles and 13 stops for loss, while Barnett has a team-high nine sacks and is right on Reeves-Maybin’s heels with 11.5 tackles for loss.

5. The Fourth Quarter is Interesting. The Volunteers have outscored their opponents this season in each of the first three quarters, but come closing time it’s another story. Tennessee has been outscored by opponents 73-51 in the final frame, and if a couple balls bounced another way Tennessee could be 11-1. The Vols led two of the four playoff teams (Oklahoma and Alabama) in the fourth quarter, but blew a 17-3 lead at home against the Sooners and allowed the Tide a late go-ahead drive. Tennessee also squandered a 27-14 lead against Florida, with the Gators scoring the go-ahead touchdown on a last-minute fourth-and-14 play.

6. They are Who We Thought They Were: That being said, Tennessee also has a couple last-minute wins of its own. The Vols rallied from a 24-3 deficit to beat Georgia, and recovered a fumble in the red zone to hold on against South Carolina. All in all, the Volunteers are one of 11 teams to meet their S&P+ expected win total exactly; the numbers say they’re neither lucky nor unlucky. On the other hand, Northwestern finished the season with 2.8 more wins than S&P+ expected, a number which led the nation.

So, after a quick look at Tennessee, the final verdict here is that the Vols look a lot like Northwestern. Both schools rely on the run game and stout third-down defense, have a couple game-breakers on special teams, and have struggled to find consistency in the passing game. Even if the ‘Cats have a two-game edge in the win column, it should be a good matchup in Tampa.