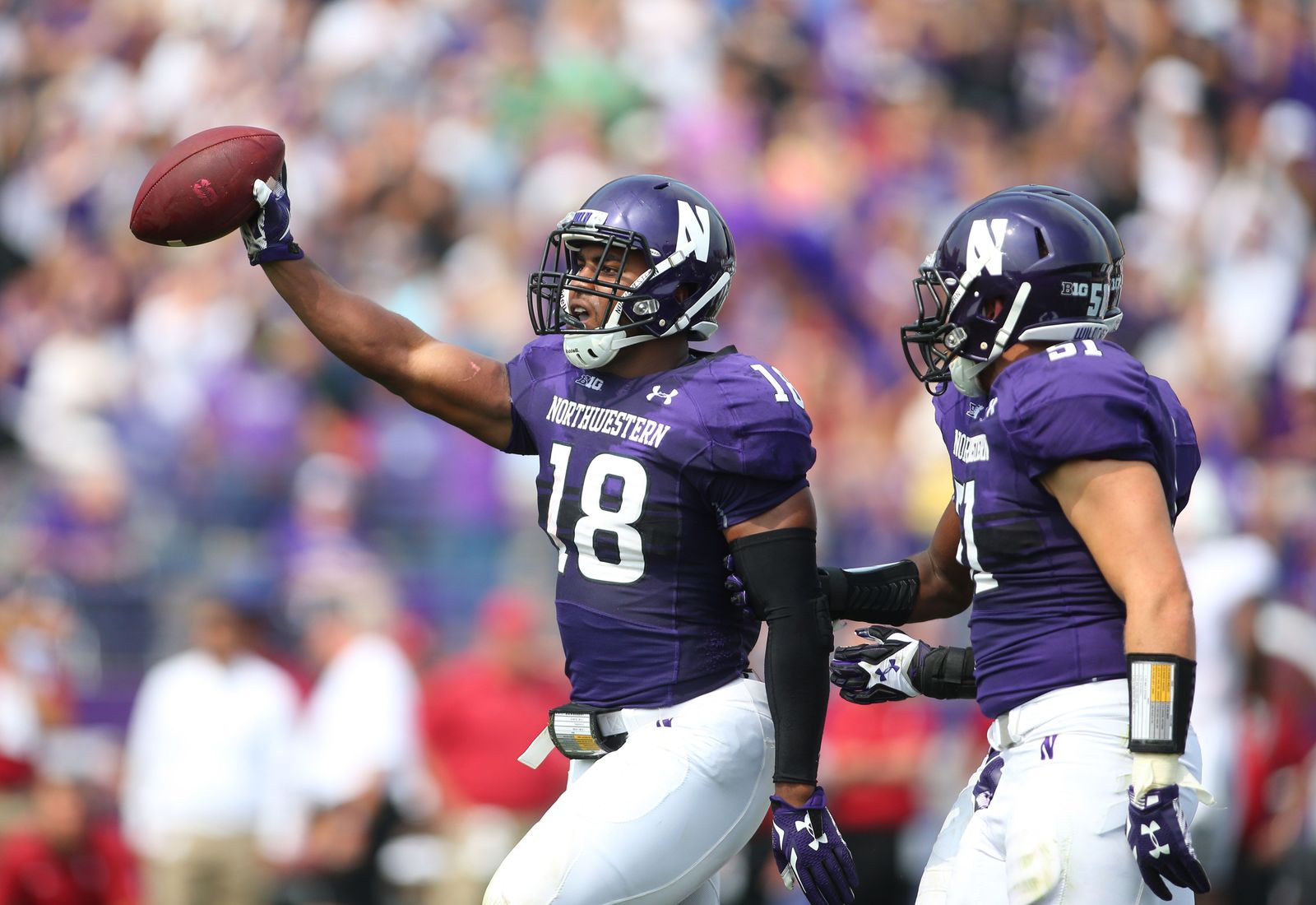 Northwestern not only had one of the best defenses in the Big Ten this season, but also one of the best defenses in the nation. Northwestern’s defense ranks No. 4 in the nation in S&P+, allowing 310.5 yards per game and just 16.4 points per game. Behind sensational seasons from Anthony Walker and Dean Lowry, the Wildcats’ defense held opposing offenses in check and kept Northwestern in almost every game. The Wildcats front seven was able to get consistent pressure on opposing quarterbacks and hold many of their opponents’ stars in check (just ask Christian McCaffrey, Corey Clement and Thomas Sirk). Northwestern consistently relied on its defense throughout the season, and they were able to make plays when it counted.

If there was another player the ‘Cats consistently relied on, it was Justin Jackson. And the sophomore running back delivered. Jackson is a true workhorse back for the Wildcats, averaging 112.0 yards per game this season for Northwestern, racking up a total of 1,344 rushing yards and another 147 yards through the air. While he didn’t get into the end zone as much as last season (he had just four touchdowns on the year), Jackson was able to get yards when Northwestern needed it.

With Clayton Thorson and the wideouts struggling in the passing game throughout the season, Jackson was able to keep Northwestern’s offense moving, accounting for 37 percent of the ‘Cats offensive yardage this season. His 298 carries led the Big Ten and is the fourth-highest total in the country.

By kicking field goals, rather than scoring touchdowns, Northwestern couldn’t put its opponents away, forcing the defense to pick up the slack – which of course it did. Against Stanford, Ball State, Nebraska, Penn State and Wisconsin, Northwestern kicked field goals in the red zone, and while all were wins, the Cardiac Cats kept the game close until the very end.

Part of Northwestern’s outstanding defensive effort in 2015 came from its ability to get off the field quickly. The ‘Cats allowed opponents to convert on only 31 percent of their third down attempts, a figure good for 11th best in the entire country and behind only Michigan and Wisconsin in the Big Ten. The team was especially impressive in stopping opponents’ drives early on in the season, allowing only 15 third down conversions on 75 attempts (20 percent) in the first five games of the season. Conversely, Northwestern allowed 16 of 32 third down conversions in its only two losses on the year. Especially considering Northwestern’s inconsistent offense this season, stopping opponents on third down was critical for the ‘Cats to stay rested on defense and close on the scoreboard.

We’ve alluded to it above, but it’s hard to define Northwestern’s 2015 season without mentioning the Wildcats’ major struggles in the passing game. This is not necessarily a major knock on Thorson, who displayed growth and potential with both his legs and his arm this season. His season statistics (also combined with minimal action from Zach Oliver in relief), however, are not good. Northwestern averaged only 139.3 passing yards per game, good for 119th in the country (only eight FBS teams had lower passing averages).

This deficiency wasn’t only a matter of playcalling, as is often the case with option-based teams like Army and Navy; Northwestern also struggled immensely in explosiveness in the passing game in 2015, netting only 10.45 yards per completion (also 119th in the nation). The advanced statistics tell a similar story, as Passing S&P+ ranks the Wildcats 112th nationally. Only three players caught touchdowns for the ‘Cats this season (Dan Vitale, Christian Jones and Austin Carr), and only two (Jones and Carr) are wide receivers. If there’s a major area of weakness for this Wildcats team, it’s clearly here.

Northwestern’s defense may also have a weakness in terms of the passing game, but that’s only because the Wildcats performed exceptionally well against the run in 2015. The ‘Cats allowed only 3.45 yards per carry (17th in the nation) and 117.8 rushing yards per game (13th). NU’s pass defense was certainly respectable, ranking 26th in the nation with 192.7 yards allowed through the air each game. It was the Wildcats’ effort on the ground, especially in a conference often defined so heavily by its running backs, that turned heads this fall. McCaffery, Sirk, Shaun Wilson, Imani Cross, Clement and Josh Ferguson all can attest to the Wildcats’ ferocious defensive front, and rare lapses against guys like Akrum Wadley and Saquon Barkley were the exception, not the rule. We’ll see on Friday whether All-American Anthony Walker and company can finish the season in that same fashion against a talented Tennessee ground game.