Posted on January 4, 2016 by Ryan Fish Leave a comment 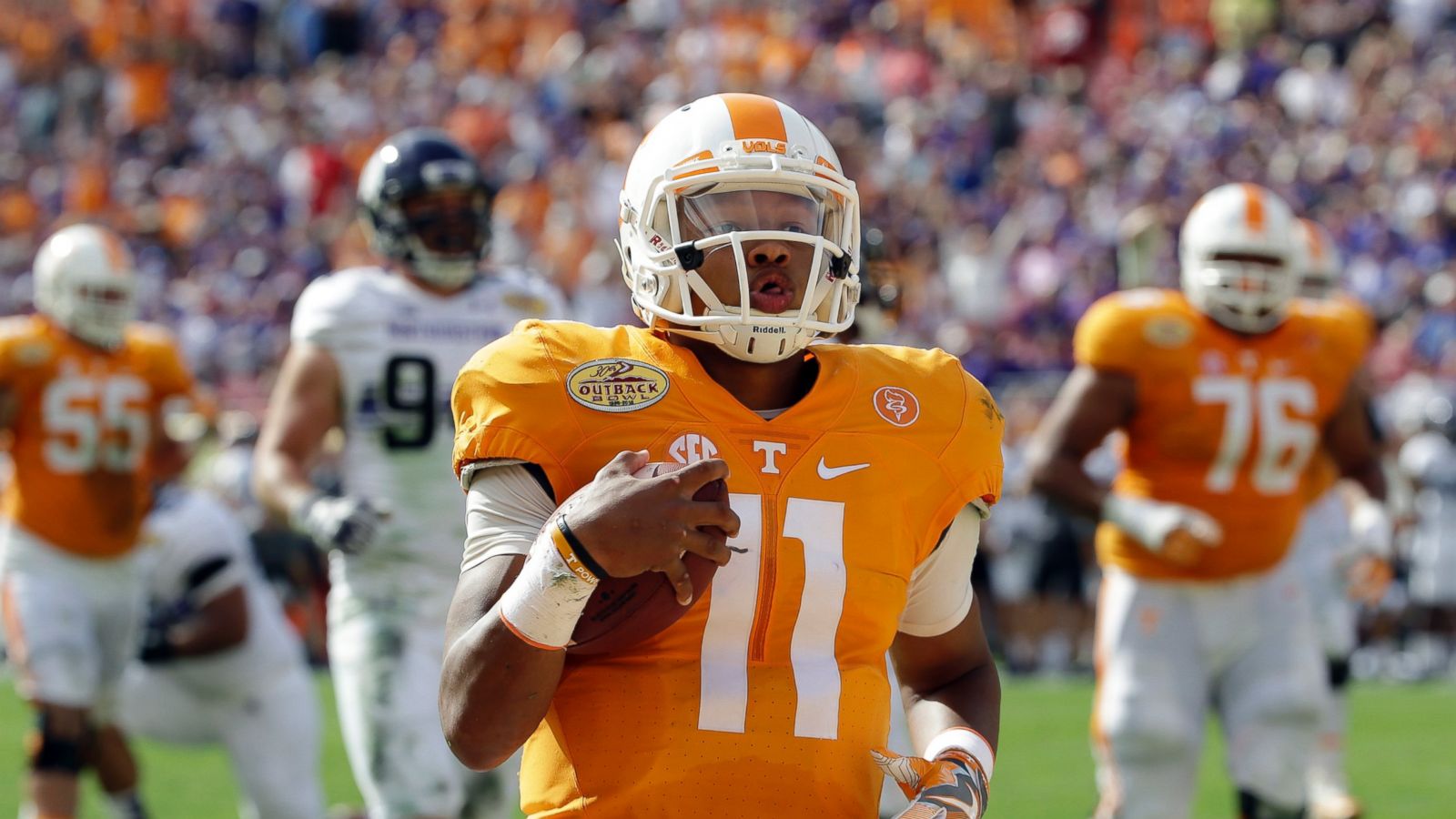 A fantastic season by the Northwestern Wildcats came to an unceremonious end on Friday, as the Tennessee Volunteers beat the ‘Cats, 45-6. It was a rough ending to what was an overall spectacular, 10-3 season by the ‘Cats. The Volunteers dominated for most of the game as Northwestern wasn’t able to do anything offensively, and the defense wore down and collapsed in the second half. So let’s take a look at the NUmbers behind Northwestern’s 45-6 loss in the Outback Bowl.

One area where Northwestern’s defense was usually solid was in the running game, where the ‘Cats limited opponents to 3.45 yards per carry in the regular season. That certainly wasn’t the case against the Vols, as Northwestern allowed 226 rushing yards and five rushing touchdowns in the Outback Bowl. Running back Jalen Hurd had no trouble on the ground, tallying 130 yards on 24 carries, while backup Alvin Kamara and quarterback Joshua Dobbs combined for 101 yards and three scores. The Vols simply beat Northwestern in the trenches, extending drives and finding little trouble moving the ball downfield.

The lone bright spot for Northwestern’s offense, as per usual, was Justin Jackson the ball carrier. While Jackson had just 14 carries, he gained 74 yards, good for 5.3 yards per carry. The ‘Cats abandoned the run as the game went on, but considering the circumstances – Tennessee’s defensive line consistently beat Northwestern’s offensive line in the trenches – Jackson played pretty well. Jackson received a +1.4 grade from College Football Focus, good for fourth best among Wildcats.

Northwestern’s struggles in the passing game continued on Friday, with neither Clayton Thorson nor Zach Oliver able to consistently make plays. What put the Wildcats in an early hole, and what made the score even uglier later on, were the quarterbacks’ four combined interceptions. Thorson’s two early interceptions derailed any offensive progress that the ‘Cats started to make, while Oliver threw two picks of his own in relief action. Meanwhile, the heralded Northwestern defense was overwhelmed and tired for much of the game and therefore unable to force a momentum-shifting takeaway, leaving the team with a -4 turnover margin. Any time that happens, winning the game is unlikely.

The ‘Cats ranked among the top 10 teams in the NCAA in third down defense, but against the Volunteers, the ‘Cats allowed Tennessee to convert 50 percent of their third downs. Not only did the ‘Cats lose the battle in the trenches as the Vols ran all over the field, the defense wore down as the game went on, allowing 233 of the Volunteers’ 420 total yards in the second half. Northwestern’s defense was not able to get off the field, especially as the game wore own, allowing Tennessee to seal an Outback Bowl victory.

Northwestern’s ugly afternoon may have been most disappointing for the Wildcat receivers. Because of their own inconsistent play and NU’s quarterback struggles in 2015, Northwestern’s receiving corps never seemed to get on its feet this season, and Friday was no exception. Neither of the ‘Cats’ two best receivers, Dan Vitale and Christian Jones, had a catch against Tennessee. In fact, Vitale, Jones, Miles Shuler and Cameron Dickerson–all seniors and starters for much of the season–combined for only three catches for 21 yards. It was a dull ending for those receivers’ careers, and no one in purple was able to make an explosive play in the passing game on Friday. Moving forward, Northwestern needs to address this lack of explosiveness and consistency in the passing game, by improving both the receivers and Thorson’s play under center.