Posted on January 13, 2016 by WNUR Sports Leave a comment 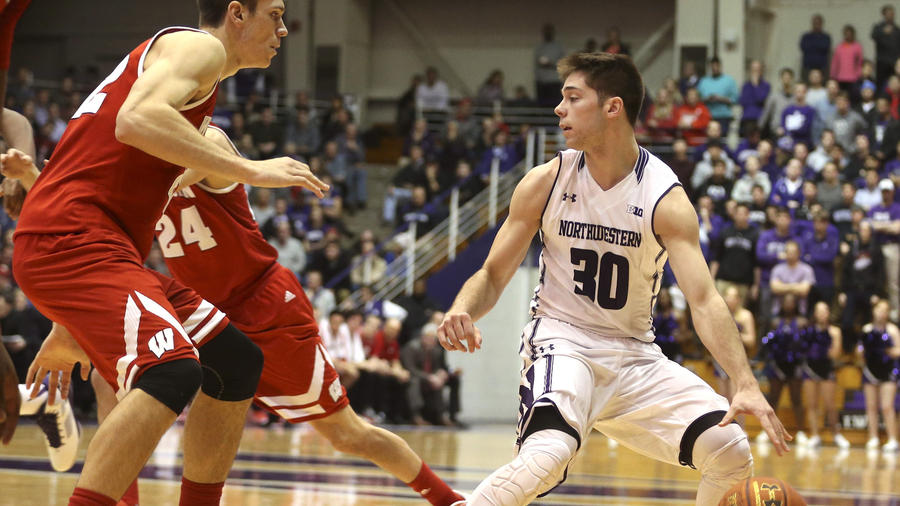 To all those who travel to Evanston for the rest of the season, let this serve as a warning: this is Bryant McIntosh’s world, we’re all just living in it.

The sophomore guard exploded for 28 points Tuesday night to lead Northwestern to a hard fought victory over the Wisconsin Badgers, a win that sees the Wildcats start the Big Ten season 3-2 for the first time in a long time.

“He was just magnificent” head coach Chris Collins said of his point guard. “He is an elite, elite player and once again he lead us to victory tonight.”

McIntosh’s 28 points came a game after he acted more as a facilitator in the Wildcats blowout win against Minnesota. Against the Golden Gophers, McIntosh registered a career-high 11 assists, but only seven points. Against the Badgers, however he was the aggressor from the get go, scoring eight of the Wildcats first 12 points.

“The toughest thing as a point guard is trying to figure out how to get everyone involved but also keep yourself involved in the game” McIntosh said.  “[Tonight the coaches] told me that if I had it going just to keep going.”

While the Wildcats held the lead for almost 90% of the game, in no way was this an easy win for Northwestern. A three-pointer from guard Zak Showalter gave the Badgers a 47-45 lead with just under nine minutes left in the game, and the Wildcats struggled throughout the early parts of the first half to pull away from Wisconsin.

Wisconsin’s All-Big Ten forward Nigel Hayes kept the Badgers in the game, scoring bucket after bucket when they needed it most and finishing the contest with 17 points, 6 rebounds and 6 assists.

Hayes’ play in the second half in particular forced Collins to abandon the Wildcat’s normal 2-3 matchup zone in favor of a box-and-one style defense, with forward Sanjay Lumpkin given the task of neutralizing the Wisconsin playmaker.

However, just after the Wildcats relinquished their lead, McIntosh reignited the teams’ fire. The man they call B-Mac scored 13 of the team’s final 23 points to wrap up Northwestern second straight victory and the teams its first home win of Big Ten play.

“We’ve approached this thing like it’s an 18 round fight” said Collins. “Every round counts the same and your goal is to try and win the round”

With this round in hand, the Wildcats will turn Saturday to another fight, this time against the Penn State Nittany Lions.