THE TOUCHDOWN TREVOR ODYSSEY: Episode I

As you may have learned from the WNUR Sports Twitter feed, despite advancing to the AFC Championship, the Denver Broncos have been making a crucial offensive mistake: They’ve been counting out former Northwestern quarterback “Touchdown Trevor” Siemian. Our Amit Malik (@upper90shot) explores a world where the Broncos made Touchdown Trevor their quarterback from day 1 using Madden 16:

Welcome to the greatest experiment in Northwestern Virtual History! I will attempt to take the Denver Broncos to the Super Bowl in Madden 16 on All-Madden difficulty. The catch? My starting quarterback will be recent Northwestern graduate Trevor Siemian, and I’ve decided to only play the offensive snaps. Get ready for the ride.

In the first game against the Ravens, Trevor played decent enough to be down 27-21 with about three minutes left in the fourth quarter. He engineered a brilliant late drive getting down to the 7 yard line at the two minute warning. However, on the next play he scrambled away from pressure and made a dash for the end zone, only to be leveled at the one yard line. Turns out that would be Trevor’s last contribution to the Broncos’ season: 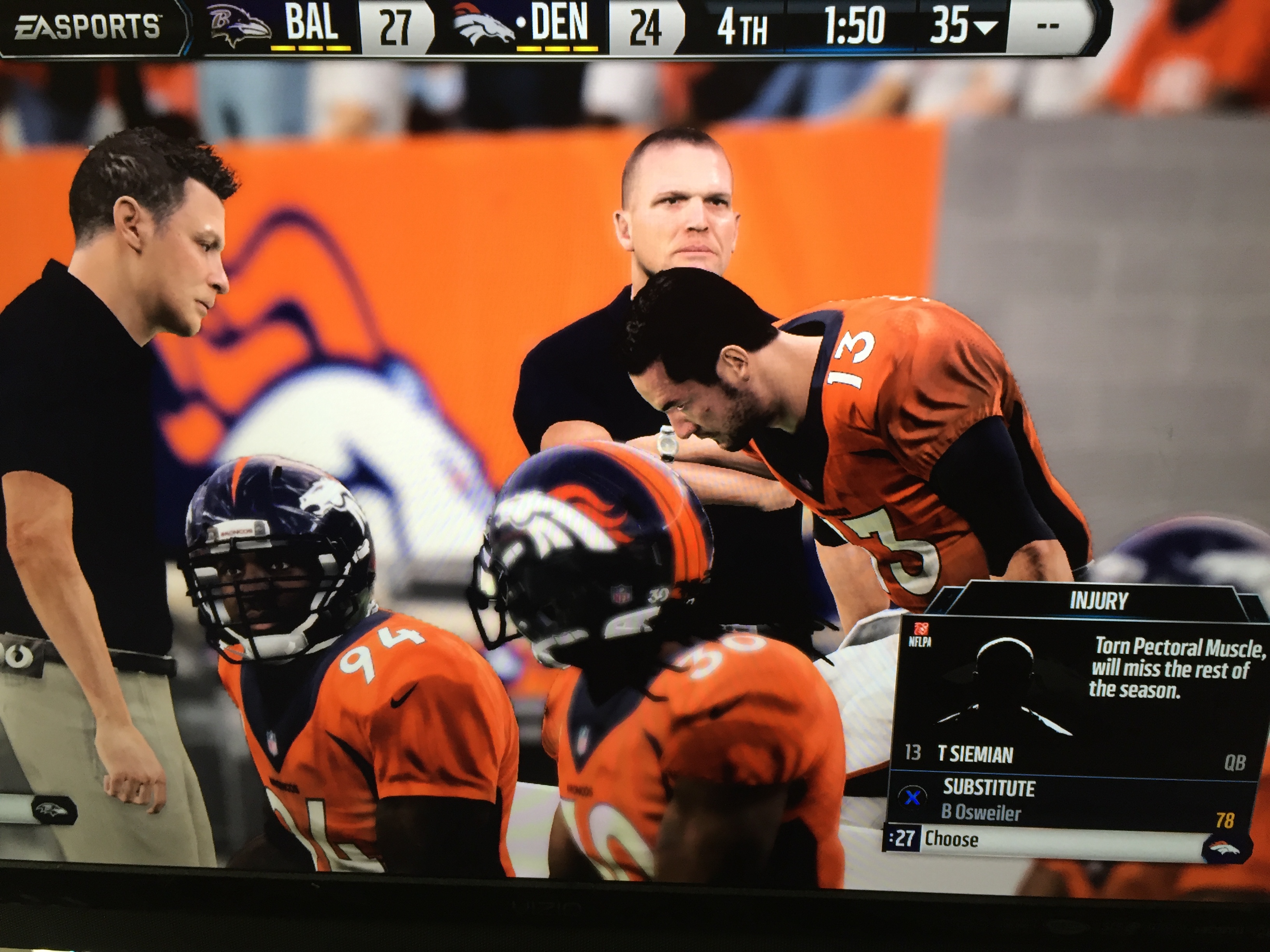 After restarting the season and (major key) turning injuries off, Trevor was ready to resume his campaign. 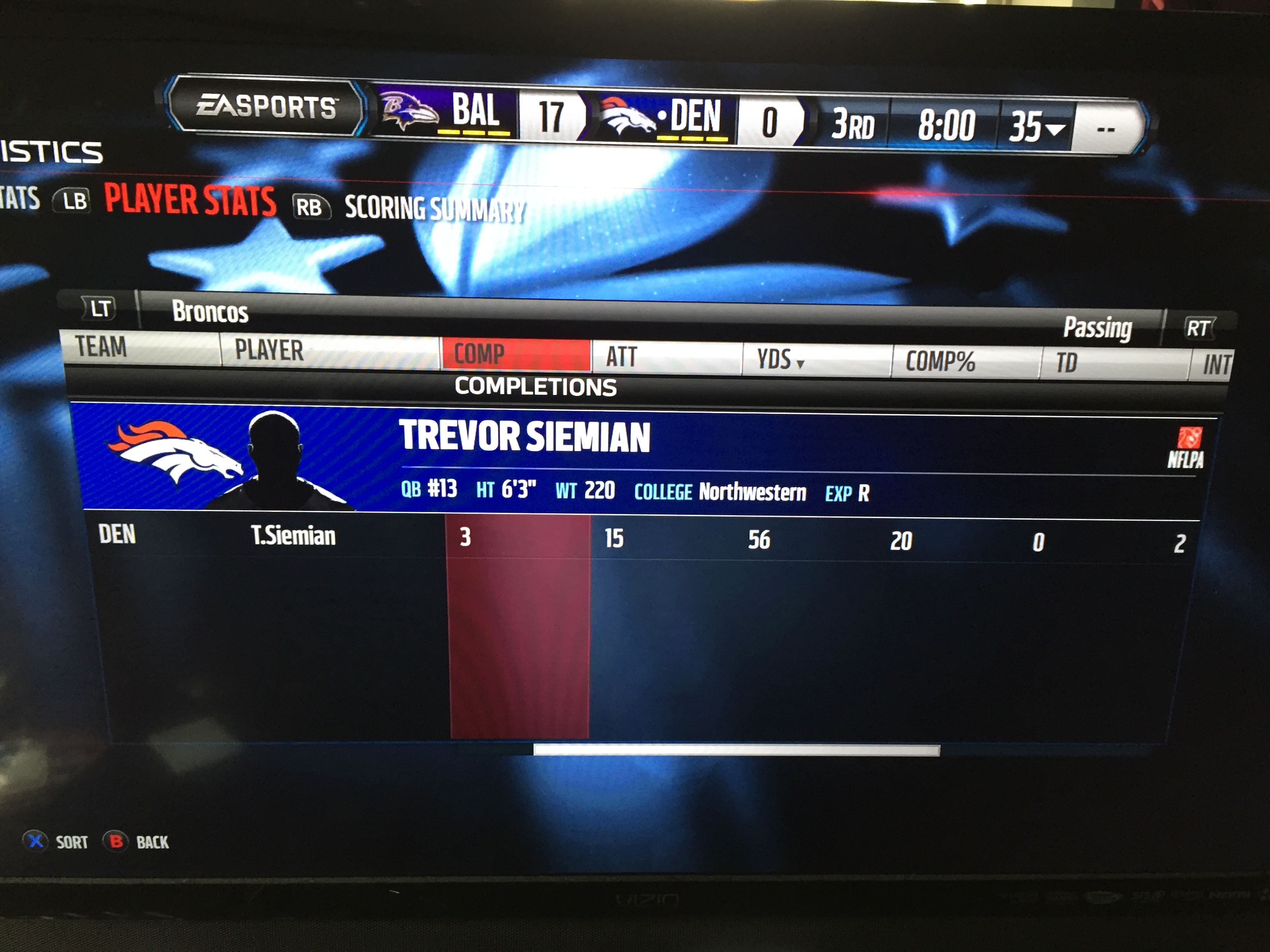 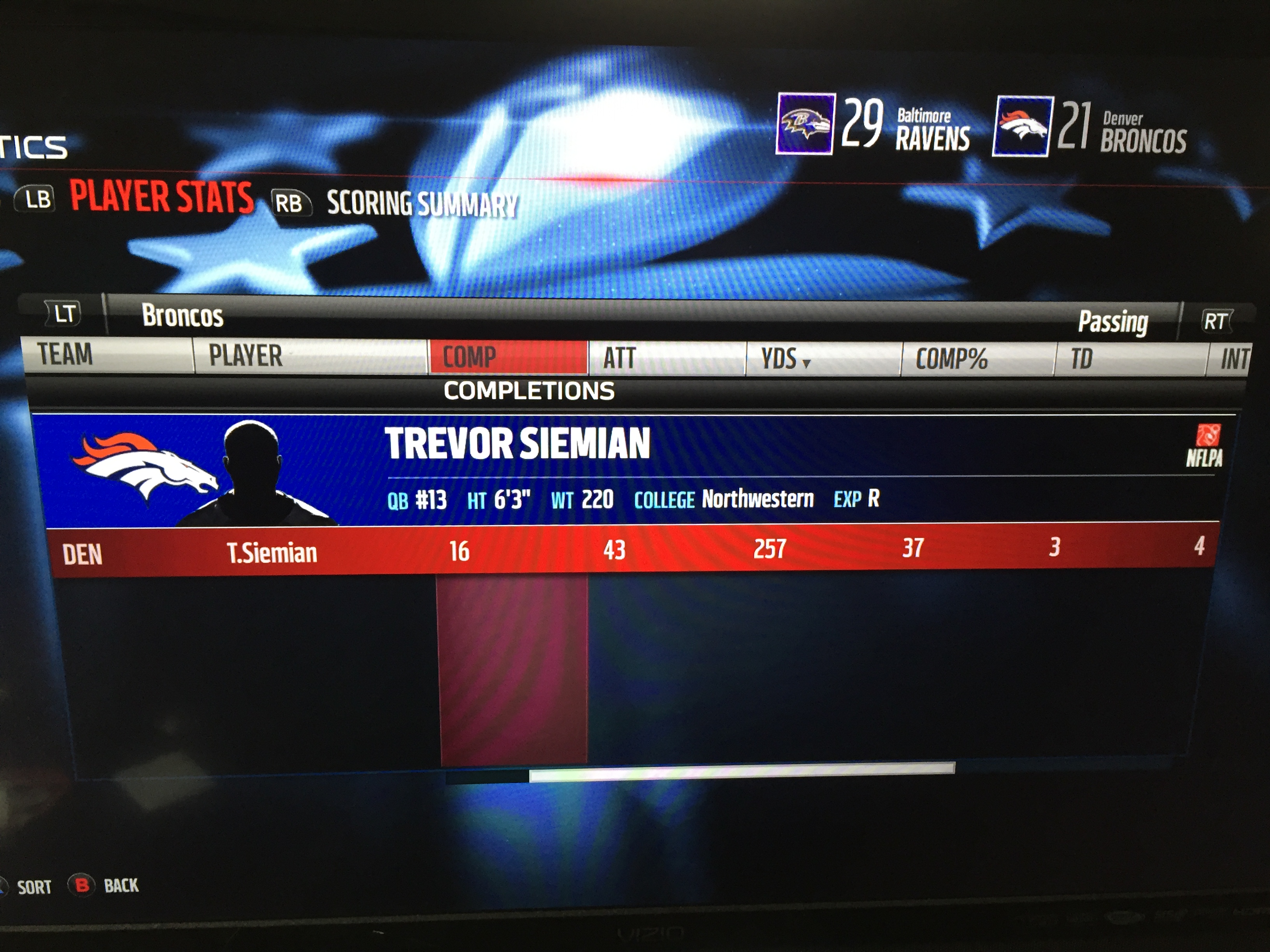 A Tale of Two Trevors 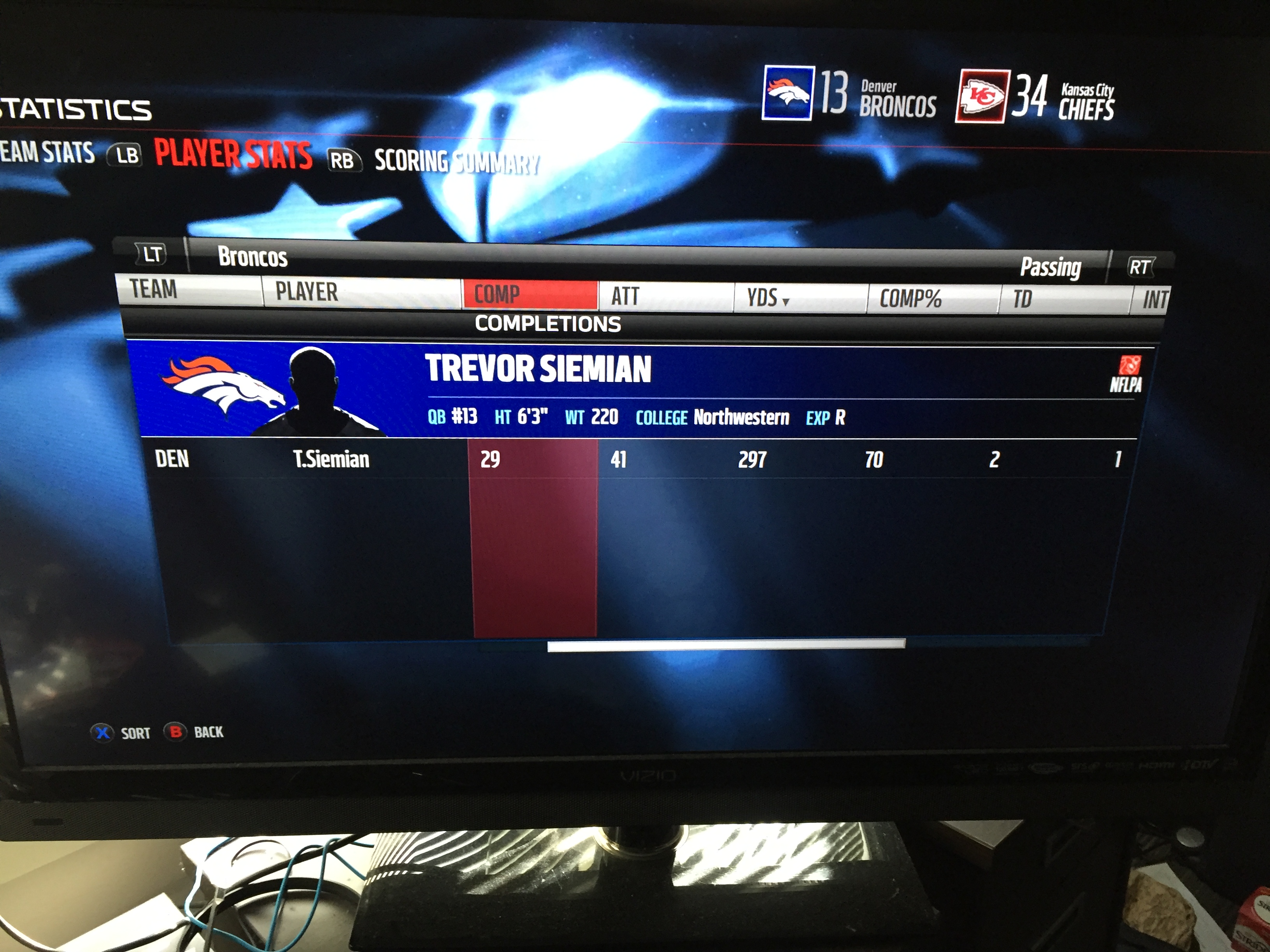 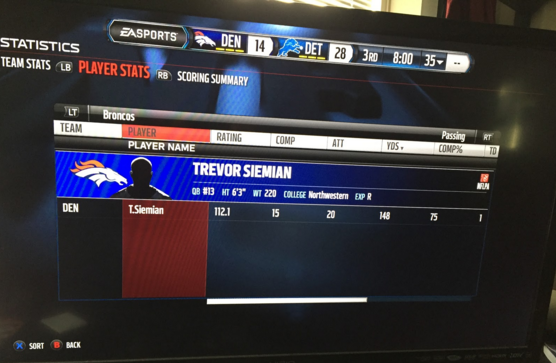 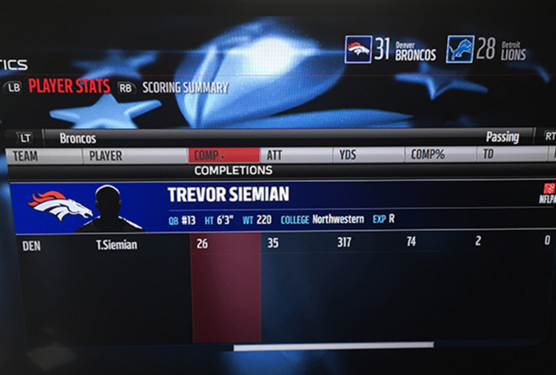 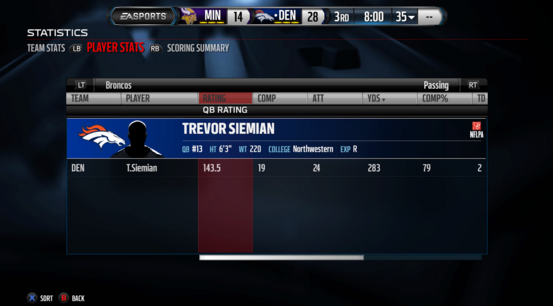 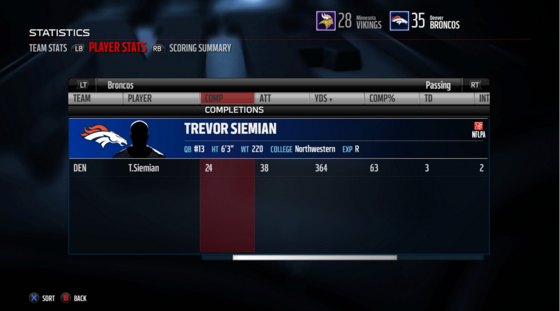 After 4 weeks in charge, the Broncos are a respectable 2-2 with Trevor Siemian under center. Who would have thought? (editor’s note: we would’ve) They’re streaking and head into Week 5 against an 0-4 Raiders team. Trevor has played so well his Confidence level is at 80, which has boosted his overall rating to a (mediocre? paltry? serviceable?) 70.

Through 4 games, Trevor’s, 1,235 passing yards are good for 3rd in the NFL. His 10 passing touchdowns are second in the NFL. His overall passer rating of 87.9 is 16th. His 7 interceptions are also the 3rd most. Long live Trevor Siemian.