Posted on January 24, 2016 by Michael Stern Leave a comment 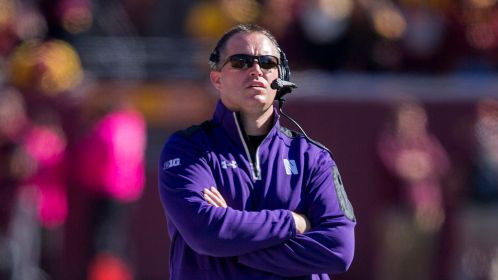 Miller, from Stratford High School in Houston, chose the Wildcats over power-five offers from Indiana and Texas Tech, as well as in-state group of five schools North Texas and SMU.

247Sports rates Miller as the 19th-best defensive tackle in the class of 2017, and the website considers him the 41st-ranked prospect in the state of Texas.

Miller’s older brother and fellow defensive lineman Alex Miller previously announced his commitment to Northwestern and will join the Wildcats for the 2016-2017 school year.

This commit marks the Wildcats’ third for the class of 2017, and continues a couple of Northwestern recruiting trends. The ‘Cats continue to do well in Texas and continue to recruit siblings. Miller is the first Texan of the class of ’17, but Northwestern brought four Texans to the team in 2016 after adding two in 2015 and three in 2014. When the Miller brothers suit up together for the 2017 season, they’ll become yet another sibling pair to play for the Wildcats, including the Vitales, the Quieros, and the Dickersons, to name a few.