Posted on February 4, 2016 by WNUR Sports Leave a comment

As you may have learned from the WNUR Sports Twitter feed, despite advancing to the Super Bowl, the Denver Broncos have been making a crucial offensive mistake: They’ve been counting out former Northwestern quarterback “Touchdown Trevor” Siemian. Our Amit Malik (@upper90shot) explores a world where the Broncos made Touchdown Trevor their quarterback from day 1 using Madden 16:

For a reminder of where things stand, read Episode I HERE 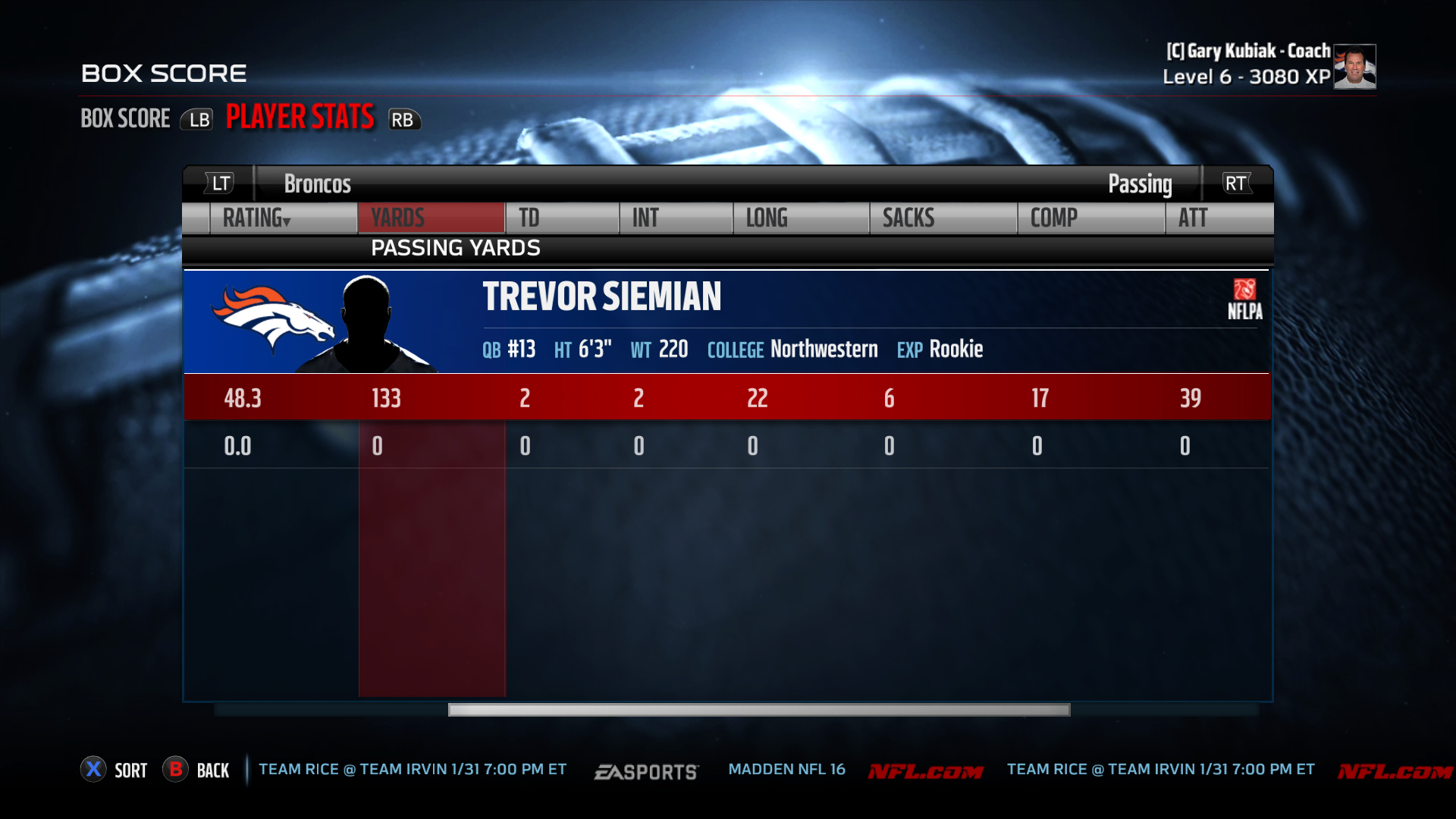 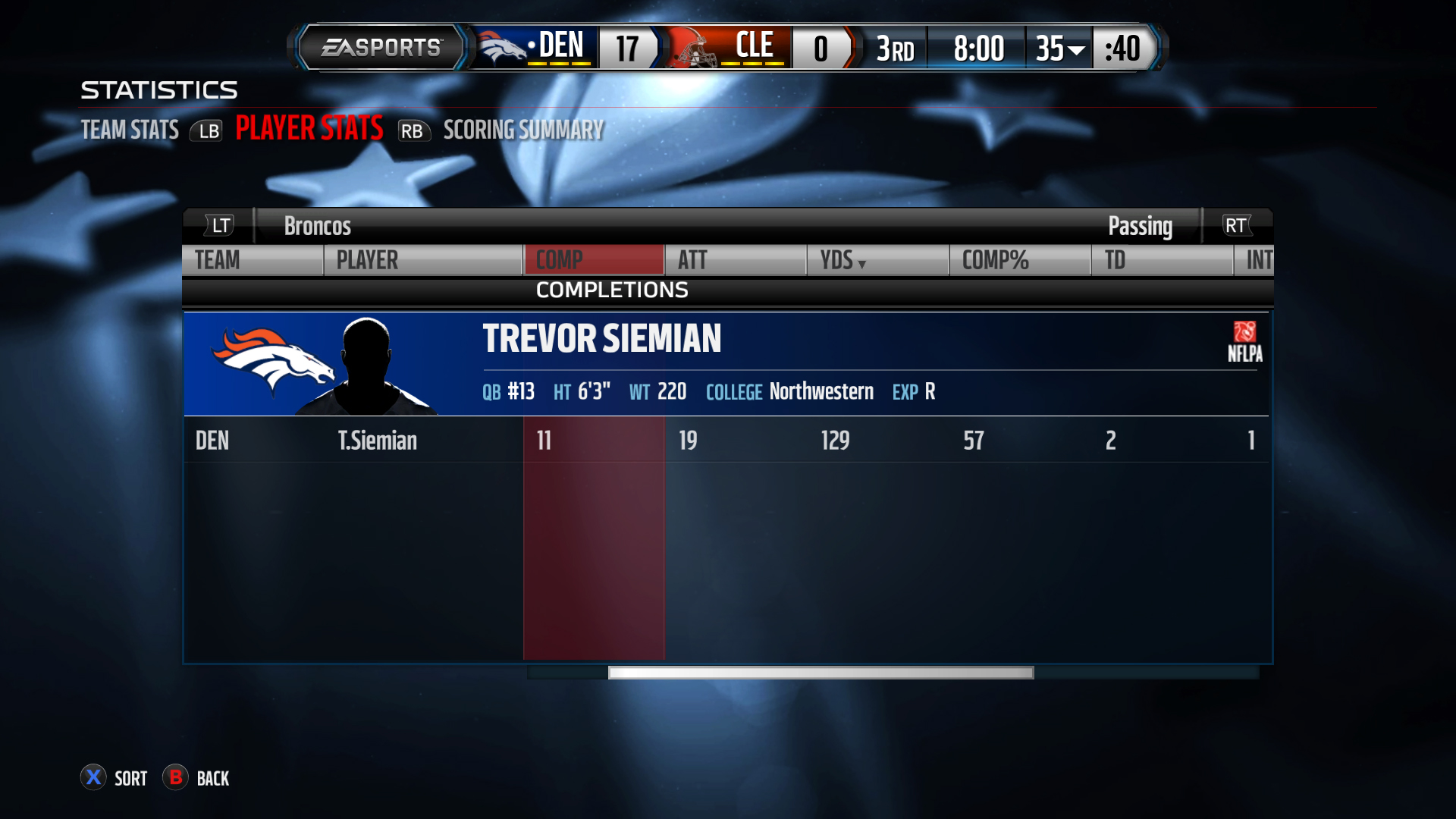 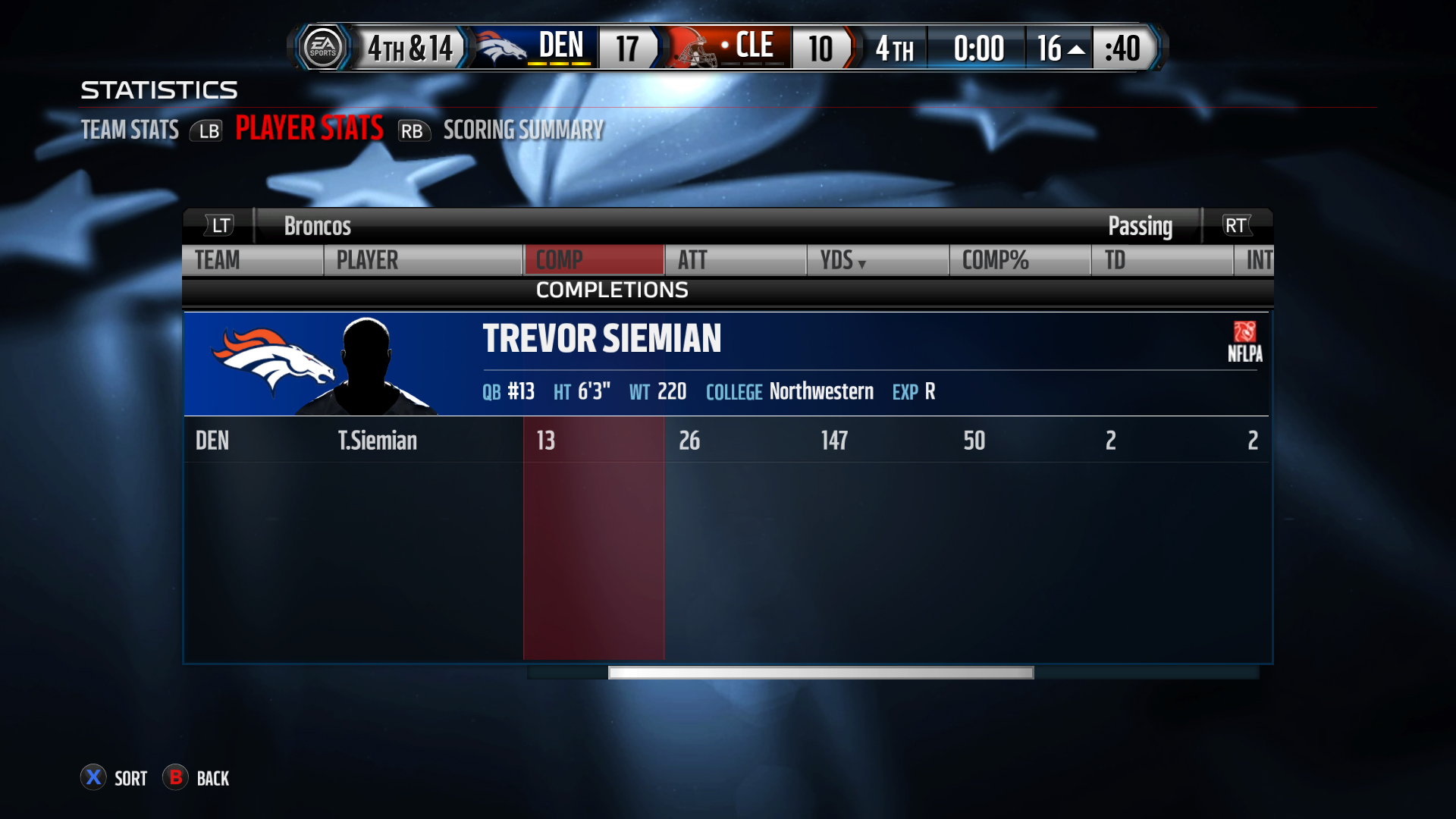 Week 7 was a bye week for Trevor and company. They needed to recover after being forced to spend an extended period of time in Cleveland. 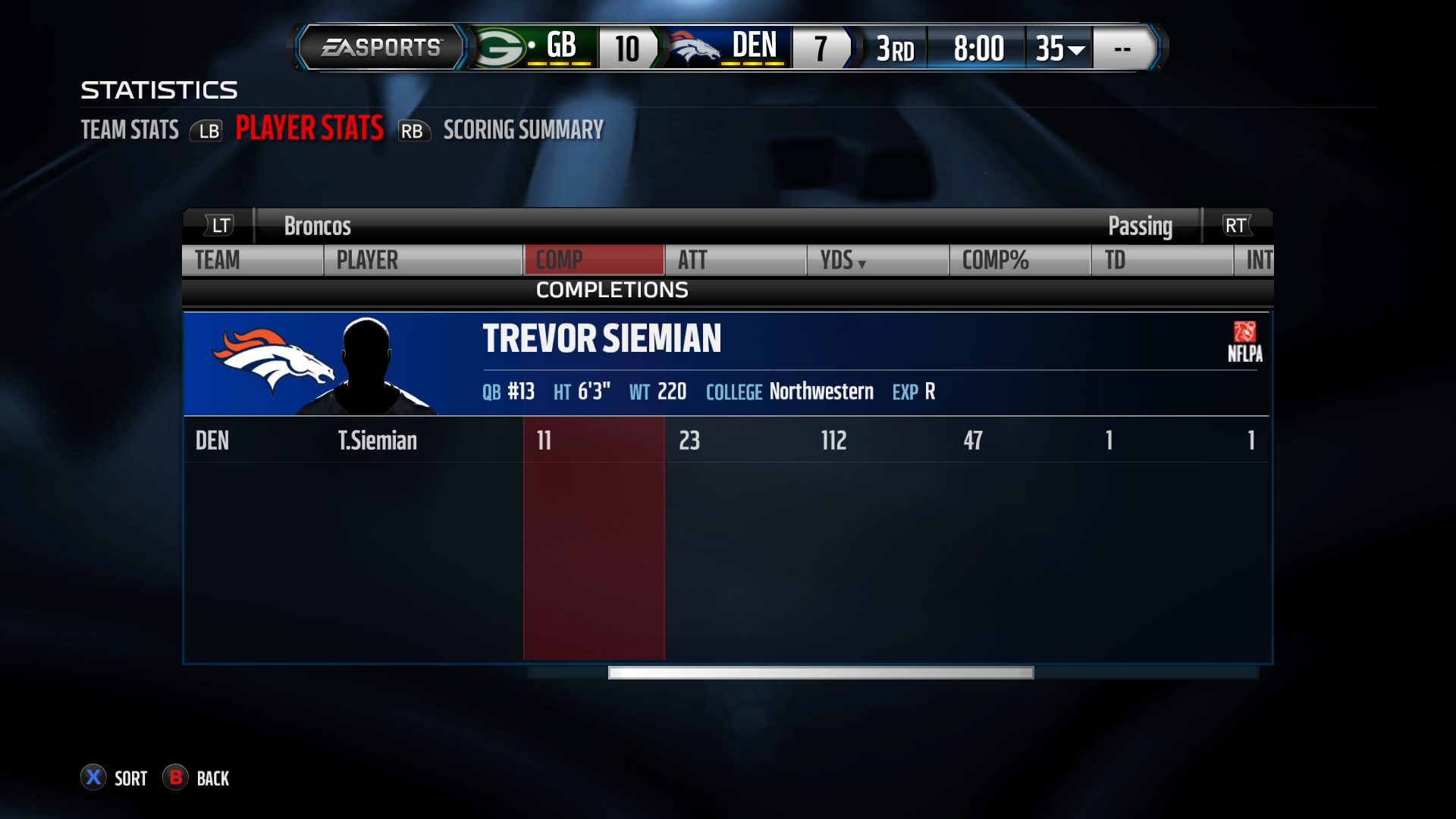 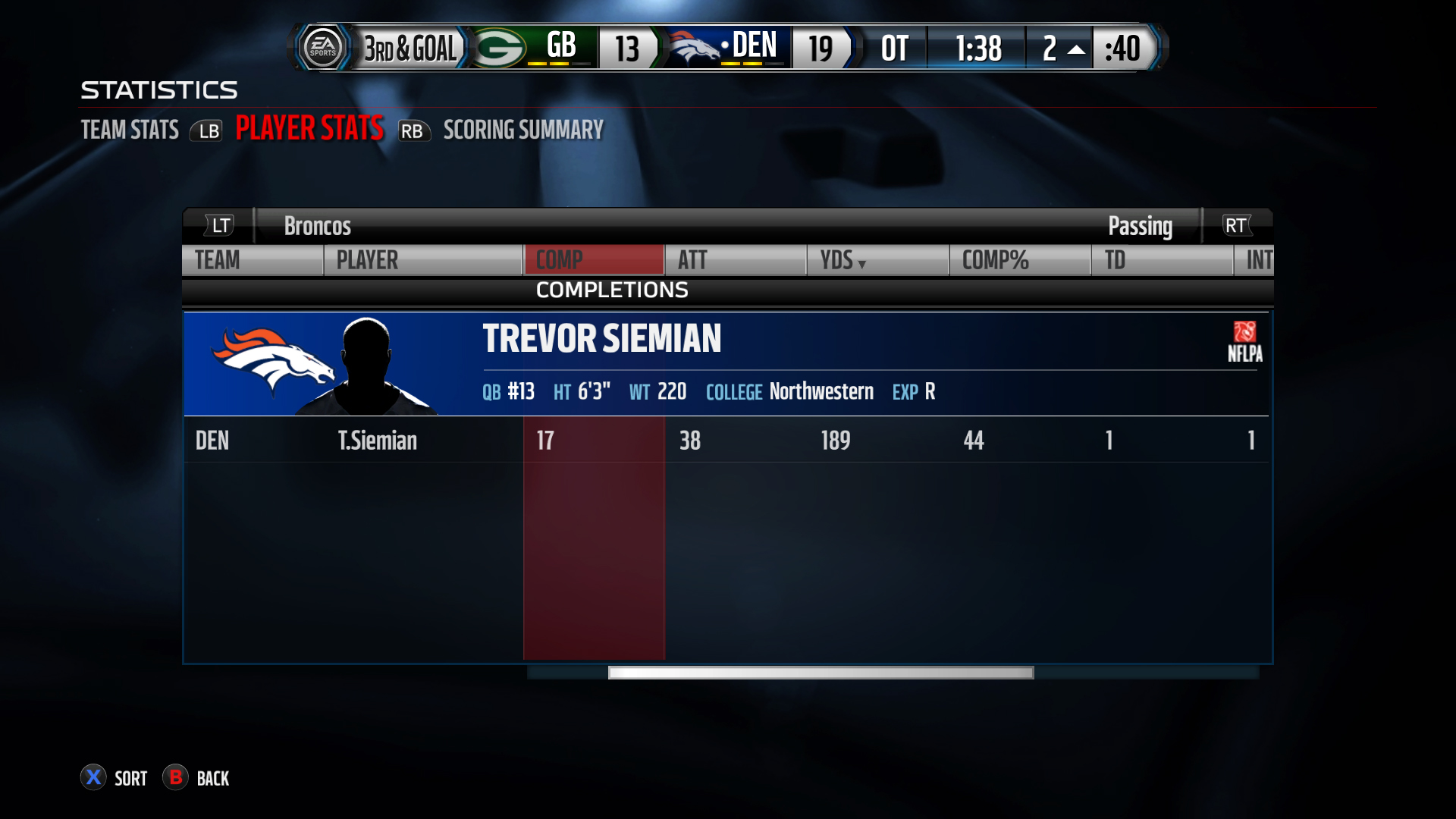 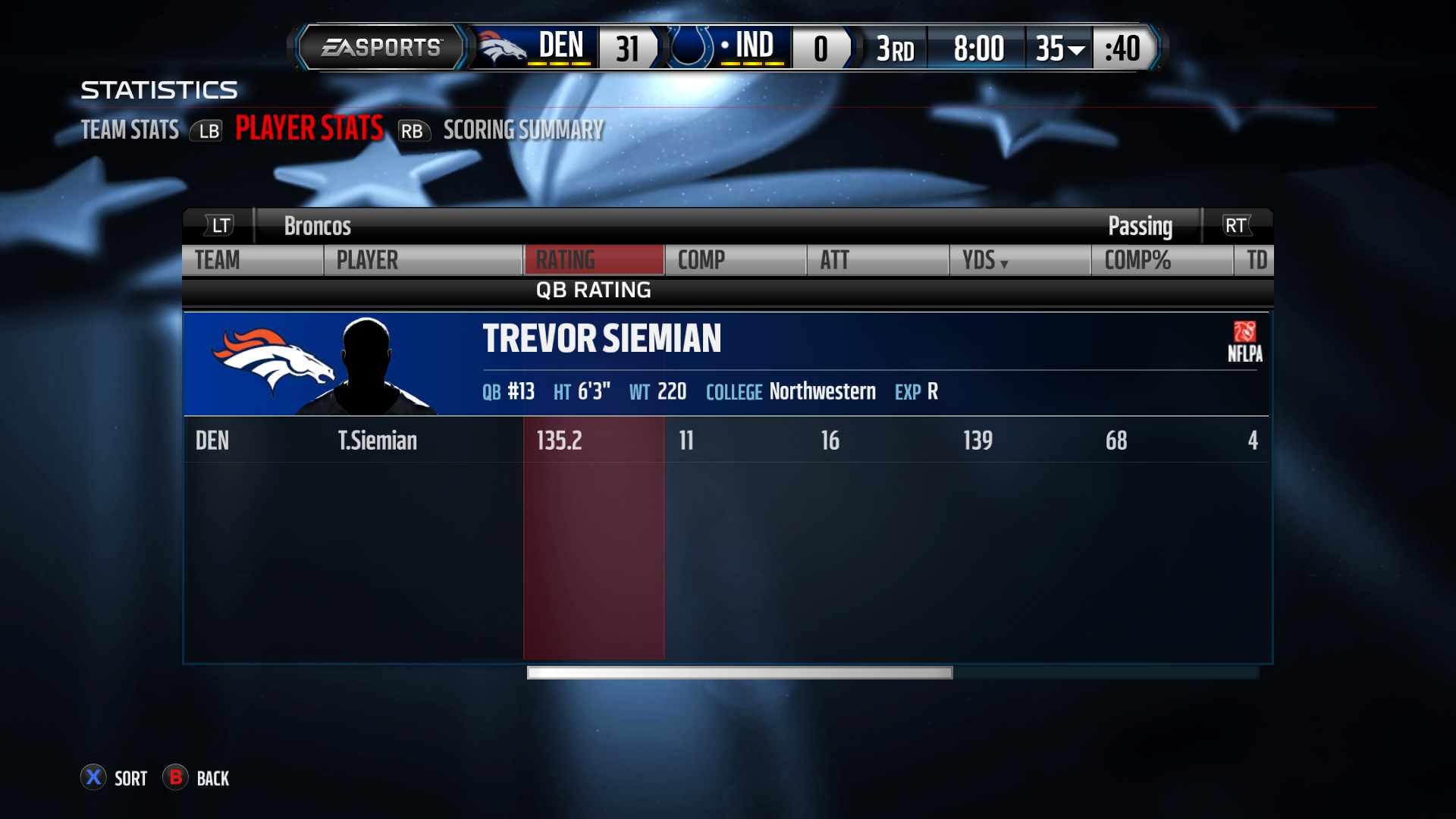 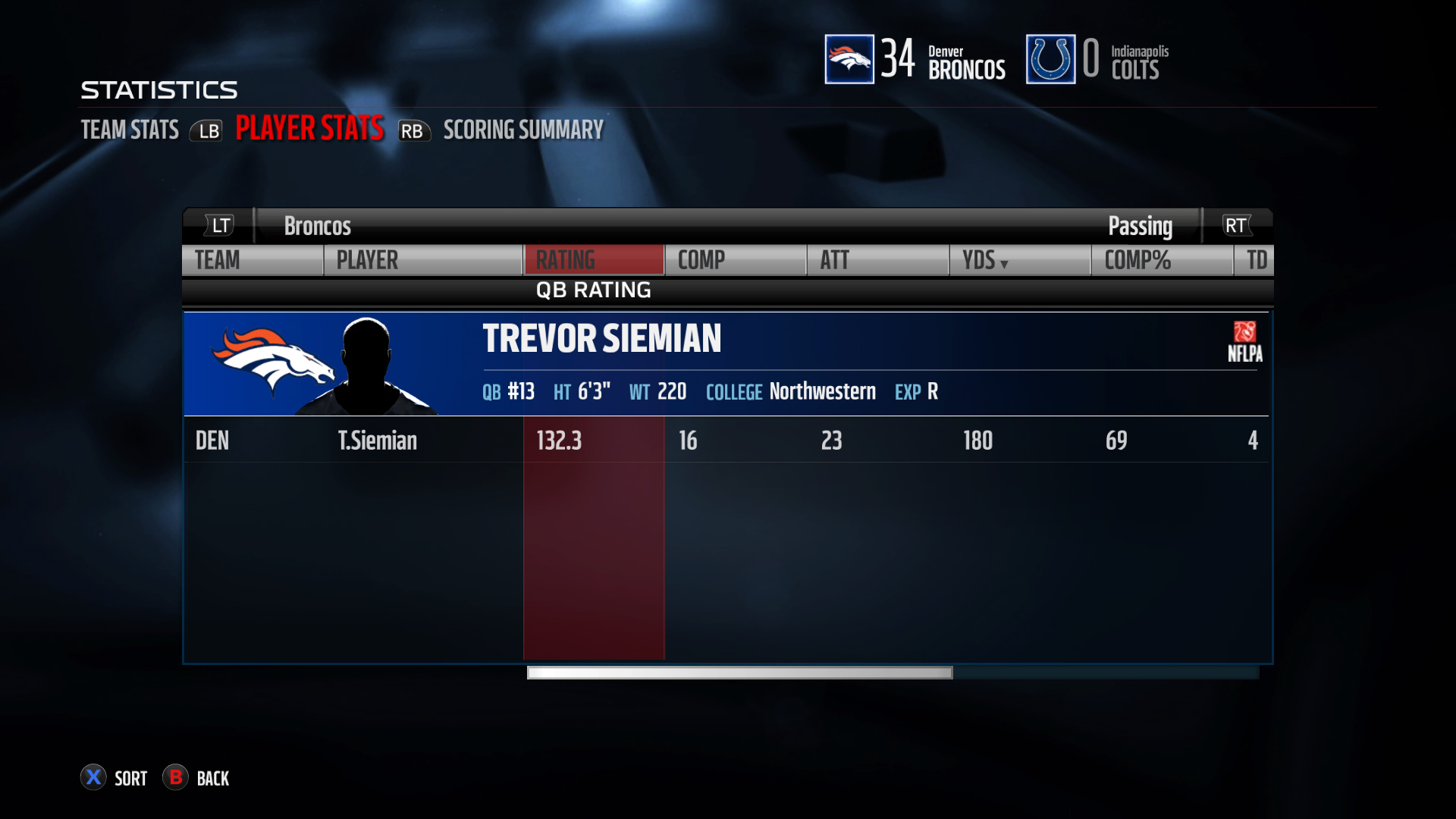 Final Score: Broncos 34, Colts 0.
The Broncos are now 5-3 and half a game back of the 6-3 Chargers in the AFC West. Trevor’s 1884 passing yards are 16th in the NFL. His 19 passing touchdowns are 2nd and his 12 interceptions are tied for the second highest. Things are trending up for Trevor, and he’s planning to lock up a playoff spot down the stretch. When it comes to Trevor and his greatness, we are all witnesses.