Posted on February 7, 2016 by WNUR Sports Leave a comment 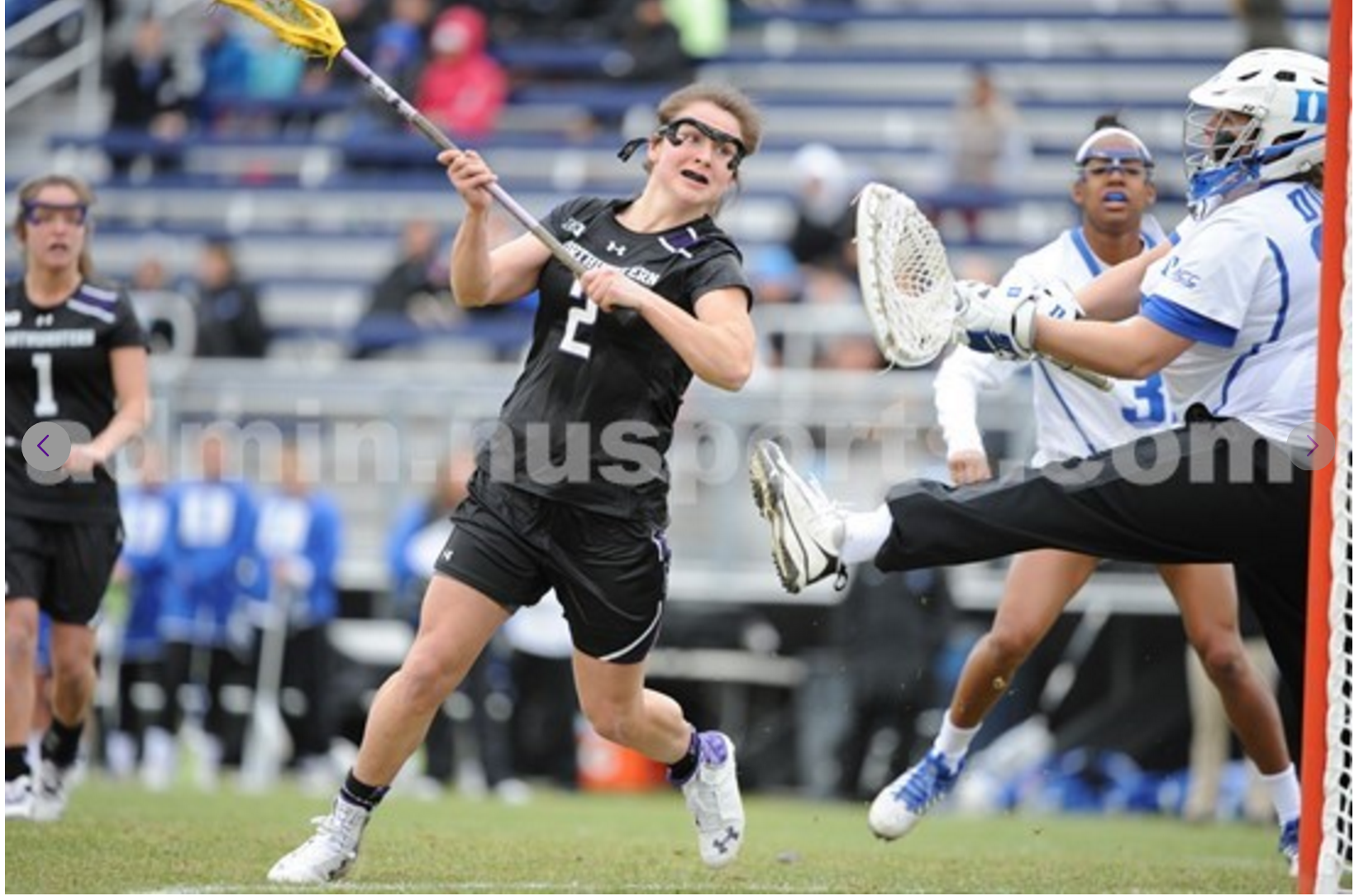 Last year when the Duke Blue Devils came to Evanston, they opened up a three-goal lead early in the first half and beat the Wildcats, 15-9.

This year in Durham, Duke again took a three goal lead, and Northwestern trailed 5-2 with 13 minutes left in the first half.

Northwestern’s best players answered the early road deficit, as stars Selena Lasota and Sheila Nesselbush led the #5 Wildcats to an 11-8 season-opening win over the #4 Blue Devils.

Lasota scored a team-high 69 goals as a freshman and was aggressive as ever in the Wildcats’ first game of her sophomore season. Lasota scored five goals—one shy of her career-high—and peppered the Duke goal with a career high 13 shots.

Shelia Nesselbush also tallied a first-half hat trick. Her first goal opened the scoring just under three minutes into the game, her second goal started the Wildcats’ first half comeback, and her third gave the Wildcats the lead back at 6-5.

Northwestern went into halftime with that slim one goal lead, but immediately extended it as Lasota’s fourth goal of the afternoon came just 25 seconds into the second stanza.

The Blue Devils refused to go away, as freshman Olivia Jenner willed her team from an 8-5 deficit to level the score at 8-8 with just under eight minutes left to play. The newcomer from the famed McDonough lacrosse program in Baltimore, MD, finished her first collegiate game with two goals and led the Blue Devils with five shots.

In a game defined by its runs, Northwestern made the last push. Senior Kaleigh Craig scored her second of the game to give the Wildcats a 9-8 lead with seven minutes remaining, and the Wildcats never relinquished that advantage. Lasota added her fifth and Danita Stroup—Lasota’s teammate on the U19 Canadian team that won gold at the U19 World Championships this summer—capped the scoring for the Wildcats with her first career goal and sent the team to its ninth straight season-opening victory.

Northwestern stays on the road and faces 9th-ranked Virginia in a neutral-site game Saturday in Kennesaw, Georgia.