Posted on February 12, 2016 by Austin Miller Leave a comment 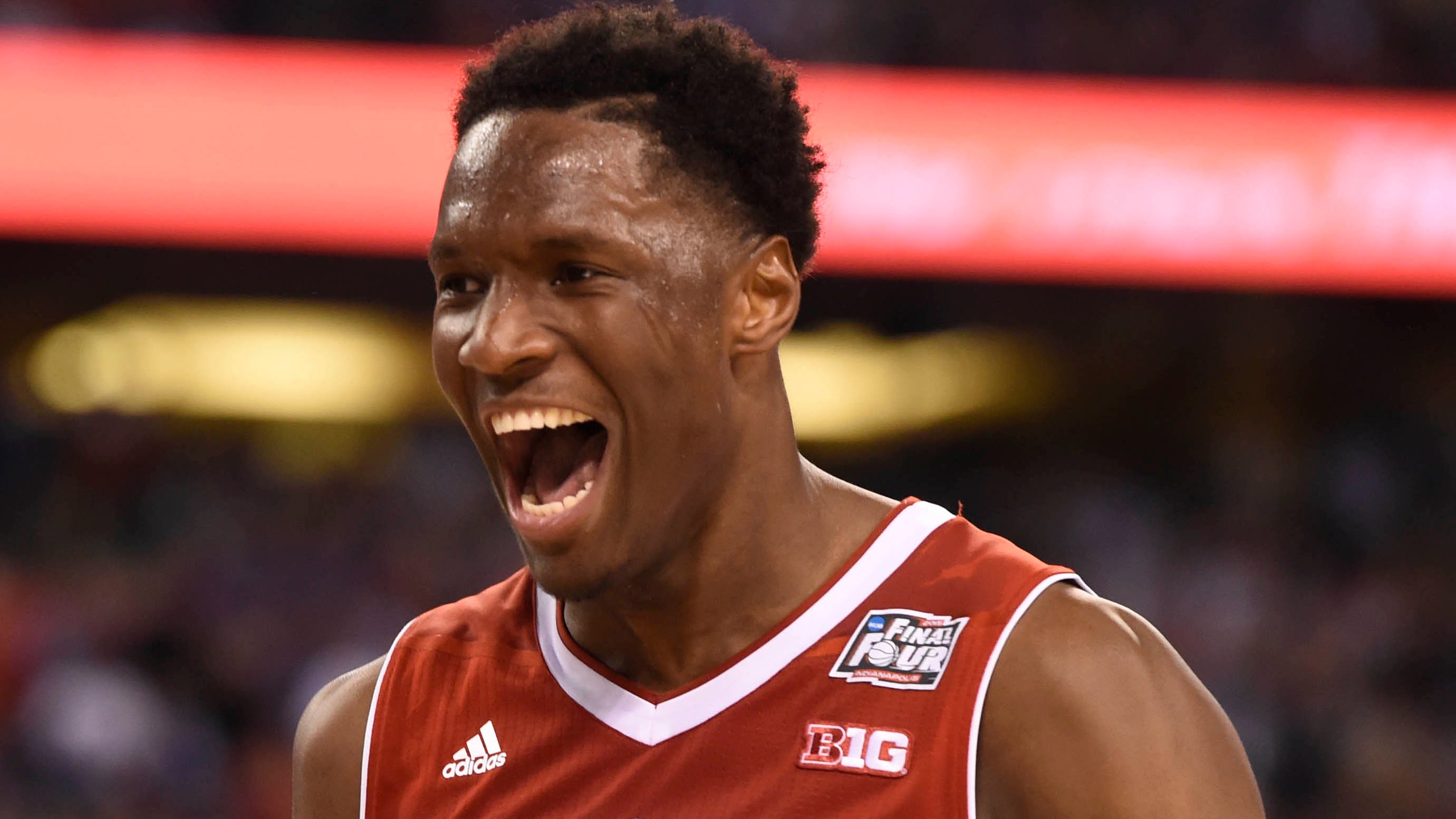 Nigel Hayes and Wisconsin find themselves squarely on the bubble.

One month! That’s all that separates us from the beauty that is Selection Sunday. One month for squads in the Big Ten to make a final push with an eye towards not only making the tournament, but also improving their all-important seeding. With just around a month to go before we seed the field, I wanted to take a look at where every Big Ten team sits with an eye towards March:

It’s very hard to envision a scenario where any of these teams miss the NCAA Tournament. Is it possible? Sure, but unless any of these squads suffer a massive losing streak over the next few weeks, all 5 of them will be dancing in March.

These are the three teams that find themselves on the bubble where we stand today. Michigan is probably the safest of these three, and would be in the tournament if the season ended today. The Wolverines’ RPI sits at 56, which isn’t great, but the two wins over Texas and Maryland and the complete lack of bad losses has this Michigan team feeling pretty good right now. With that said, Michigan should still win two or three games down the stretch to seal things up. Where it gets interesting is with Wisconsin and Ohio State. The Badgers are right on the bubble, having gotten themselves back in the conversation thanks to 6 straight wins. The problem with Wisconsin’s resume are those hideous losses, which came on the opening night against Western Illinois, and also includes Milwaukee and Northwestern (not great). All that said, if Wisconsin wins two of three games against Michigan State, Iowa, and Maryland, and avoids another bad loss to Minnesota or Illinois, they can feel pretty safe. As for Ohio State, Thad Matta’s team is on the outside looking in right now, because, other than a win over Kentucky, Ohio State hasn’t beaten anybody! If the Buckeyes are going to feel good going into selection Sunday, they might just have to win out in the regular season, a tough ask.

I’ve gotta be honest with you: I don’t see either of these teams making the NIT, there’s just not enough on the respective resumes. It would take a run of 5 or 6 wins for both the Huskers and the ‘Cats to have a shot at playing on in March.

For any of these teams to go dancing, they’ll have to win the Big Ten Tournament in Indianapolis. Considering Minnesota and Rutgers have 0 combined Big Ten wins, I don’t think it’s happening for them. For Penn State, the offense just isn’t there to make a run in Indianapolis. Illinois is the best chance for any of this group to hear their name on Selection Sunday, and well, that’s a team that almost lost to Rutgers. Not likely.
No Power Rankings this week, those will be back next week. Until then, enjoy the basketball!