Posted on February 17, 2016 by WNUR Sports Leave a comment 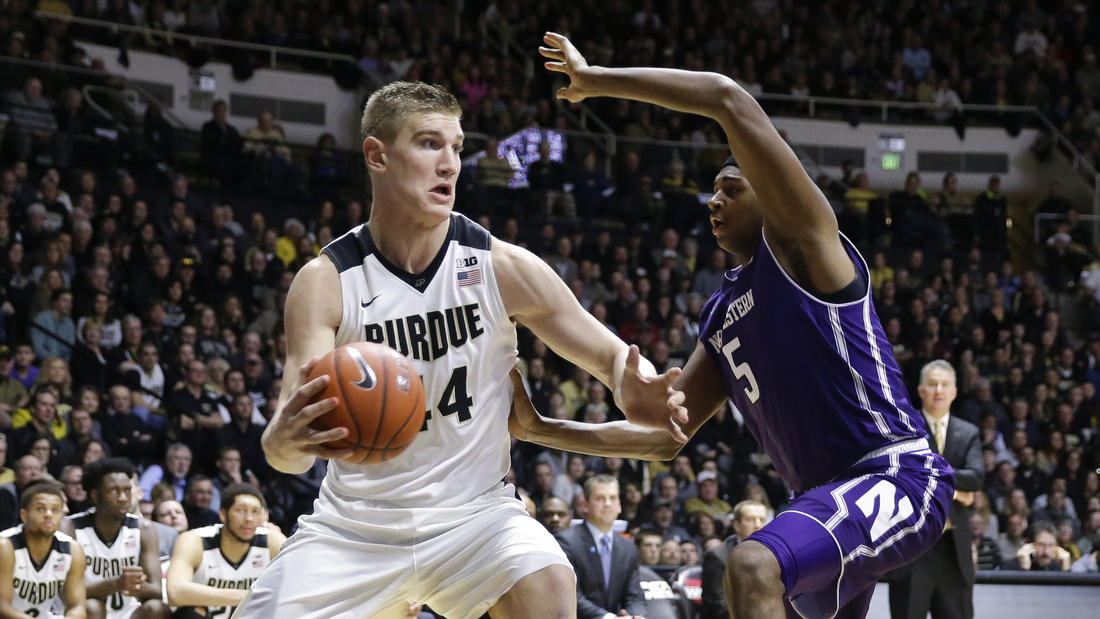 Purdue’s offense is centered around its frontcourt production, taking advantage mismatches in the paint, while Northwestern’s offense relies ­­­­­­­on strong backcourt play and knocking down perimeter jumpers.

On Tuesday night at Mackey Arena, Purdue’s (21-6, 9-5 B1G) more reliable combination of size, strength and physicality helped the Boilermakers fend off a second-half Wildcat surge en route to a 71-61 win.

“We just couldn’t keep their guys off the glass tonight,” said Chris Collins, whose team was outrebounded 45-24 in the loss. “That’s a huge strength of theirs. They imposed their will on the glass tonight and it’s a big reason why they won.”

Northwestern (17-10, 5-9) had hit double-digit three pointers in three straight games, but finished just 6-27 from beyond the arc. The failure to knock down open shots plagued Northwestern all night, Collins said.

“Instead of six threes, we’re going to have to hit 10 or 11 against a team like Purdue on the road,” Collins said. “I thought we had pretty clean looks and made some, but we never really got hot like we can.”

Purdue opened the game on an 8-0 run and led by double digits for the majority of the game’s first 20 minutes, extending their lead to 14 with 1:26 left in the first.

But Northwestern went on a 6-0 run to the end the half and trailed by just eight points at intermission.

The ‘Cats came out firing in the second frame and behind strong second-half performances from Bryant McIntosh and Tre Demps, they connected on three of their first four field goal attempts to cut the lead to five. McIntosh and Demps combined for 30 of Northwestern’s 61 points in the game.

“We were down double figures for the majority of that first half and came out strong in the second,” Collins said. “I was proud of the way the guys bounced back.”

Northwestern trailed by just six points with six minutes left in the game, but a 6-0 Purdue run, including back-to-back three pointers from Ryan Cline and Johnny Hill, doubled the Boilermakers’ lead in less than a minute. Collins said that was the biggest sequence of the game.

Northwestern never got closer than 12 after that.

A.J. Hammons led Purdue with a game-high 18 points and 12 rebounds.

The ‘Cats have a week to regroup before they travel to Ann Arbor to take on Michigan next Wednesday night.