Posted on February 19, 2016 by Austin Miller Leave a comment 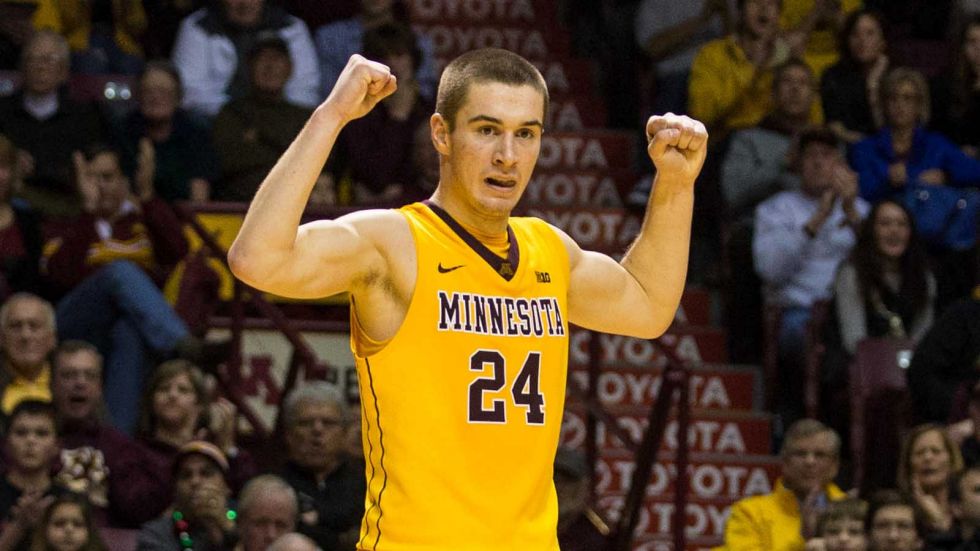 Joey King and his Minnesota teammates robbed us all of a display of basketball ineptitude worthy of the record books. Photo Credit: Brace Hemmelgarn, USA TODAY Sports

We were robbed. By we, I mean the entirety of the college basketball watching community. February 23rd was supposed to be a historic evening. It was supposed to be the night that a team that could potentially be the worst power conference team of all time did battle with a team that had an equally futile record. February 23rd was supposed to represent ineptitude at its finest. On that night, 0-14 Rutgers was going to do battle with 0-14 Minnesota. We would be treated to the game that fans of bad basketball had long dreamed of but had never seen.

Instead, on Thursday night, Minnesota did the unthinkable. When No. 6 Maryland came to The Barn, Minnesota came to play. Despite making just 6 field goals in the second half, Minnesota held off a late charge from the Terrapins for their first Big Ten win of the season.

Did I feel dirty cheering for mighty Maryland against a winless Minnesota team? Sure. I’m the kind of guy who usually wants underdogs to succeed. I get tremendous joy watching small teams pull out games they had no business winning. I love seeing Kansas lose to North Dakota State, or Northern Iowa, or Bucknell, or Wichita State (yikes, Kansas loses to teams they shouldn’t a lot). I would’ve loved if Butler pulled out the 2010 National Title against Duke. Because of that, I should have been fully in the Minnesota camp. I should’ve been cheering for Richard Pitino and his boys to pull out the W. But I wasn’t. I wanted history.

For those who think I’m stupid cheering for the ultimate battle of basketball ineptitude, stop. Make a conscious argument that you wouldn’t have been intrigued watching the two worst Big Ten teams of our time do battle. If that argument consists of, “I only watch good basketball” then good luck watching much of the NCAA regular season. The thing about bad basketball is that it’s actually fun. Yeah, watching two great teams duke it out is really entertaining, and I want my March Madness to feature made shots, not double dribbles, but on a solitary night in February, I’m not opposed to indulging in the complete and utter derp that would be Rutgers-Minnesota.

So, thanks. Thanks, Richard Pitino. Thanks, Maryland. Thank you all for robbing me of the second-most exciting thing to happen this regular season (nothing will top the triple overtime thriller between Oklahoma and Kansas. Nothing). But alas. Instead, next Tuesday we’ll be treated another run-of-the-mill matchup of two below average Big Ten basketball teams, instead of the Holy Grail of power conference ineptitude we could have enjoyed. It’s a shame.