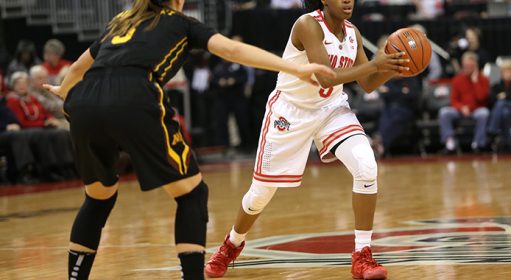 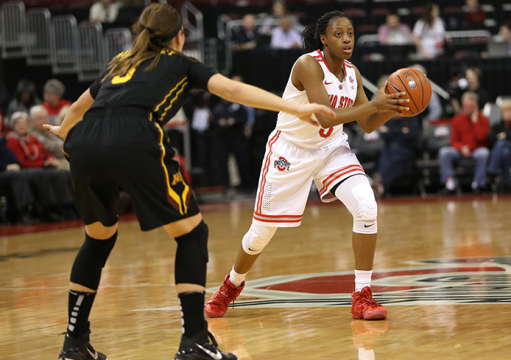 While you were busy doing whatever it is regular people do on football-less Sundays, the world of Big Ten women’s basketball went absolutely ballistic.

We’ve grown accustomed to the Rachel Banhams, Nia Coffeys, and Kelsey Mitchells of the world putting together eye-watering statlines, but today, it felt like every single game had someone, or multiple someones, do something incredible.

It was an absolute show. Here are some highlights:

This might shock you, but Rachel Banham got silly again.

Two weeks removed from her 60 point, record setting game against Northwestern, she got down with her bad self once more on the road against Michigan State.

She hung 52 on the Spartans.

She also had 7 assists, because for some reason there are Minnesota possessions that end in a player other than Banham shooting (Carlie Wagner actually scored 20 in this game).  Banham went 9-13 from three.  She went 15-16 from the foul line.  She grabbed 5 rebounds, because sometimes she got bored just scoring.

Rachel Banham, once again, was scoring option A-Z for the Gophers and she was able to keep Minnesota neck-and-neck with a much deeper Michigan State squad. Minnesota would finish with 106 points, but it still wouldn’t be enough.  Which brings us to the next pair of stars.

Neither of these players will even get player of the game honors for what they did against Minnesota, but both of them probably had their best games as Spartans.

First for Powers.  Aerial Powers is not a three-point marksman usually, but she just about fooled the world with her shooting exhibition out in East Lansing.  She knocked down 5 outside shots and a whole lot of twos to finish with a career high 40.  8 assists and 6 rebounds were alright too.

Tori Jankoska, not to be outdone, flirted with a triple-double, notching 24 points, 15 assists, and 8 boards.  The assists are a new career high for Jankoska, who never before hit double-digit dishes.

Powers and Jankoska were the driving force for a Spartan team which scored 37 in the first quarter and 30 each in the 3rd and 4th.

They also weren’t the most impressive duo of the day.

Ohio State made Illinois look like a JV squad

/pokes Illinois with a stick

This game is as brutal as a game could be.

Then they scored 62 in the next two periods.

Then they benched their star, Kelsey Mitchell.

I need some air.