Posted on February 23, 2016 by Michael Stern Leave a comment 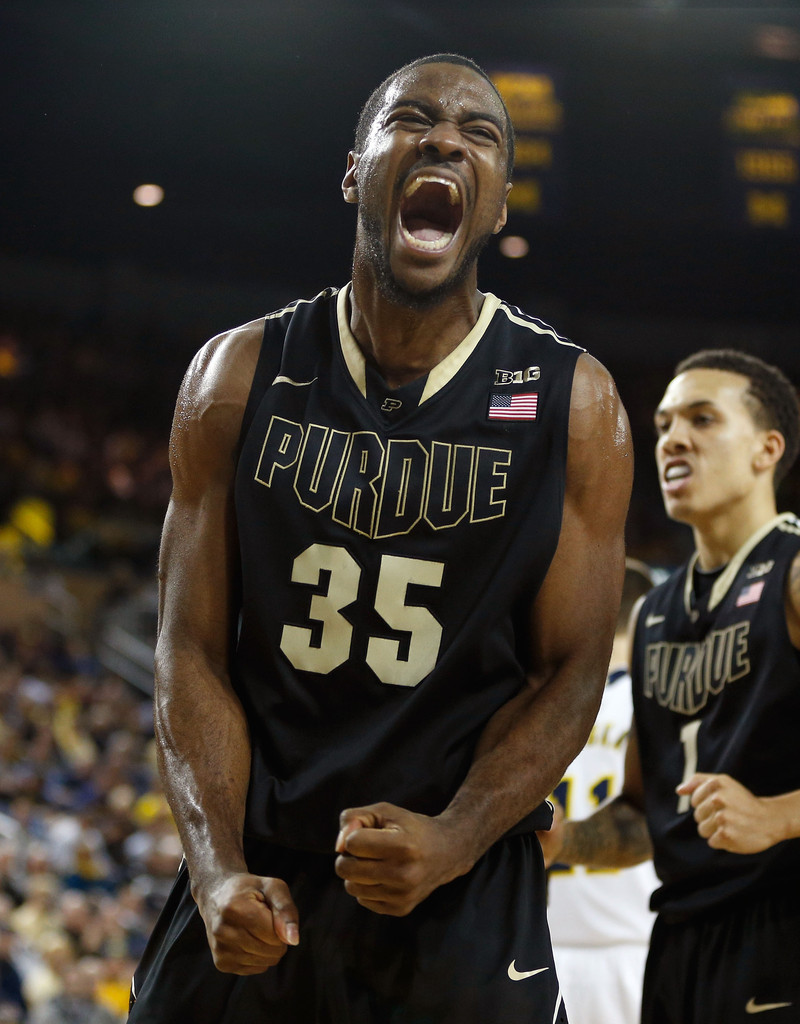 Rapheal Davis disappeared last week, and Purdue needs him to bounce back soon. The Boilers are 12-0 this year when he scores double figures.

Hard to believe it’s already edition 7 of buy/sell. This conference season has flown by, partly in anticipation of a winless Rutgers vs. winless Minnesota game that’s not happening anymore, but MUCH more on that later.

1. Ohio State. This doesn’t mean I’m buying them to go to the NCAA tournament (far from it), but the Buckeyes got two huge wins this week to stay in the conversation. For the moment, Ohio State is clearly the conference’s eighth-best team according to RPI, but they’ve now got a head-to-head win over RPI’s seventh best B1G squad (Michigan) and three opportunities to pick up colossal RPI-boosting wins against Michigan State and Iowa. How’d Thad Matta’s team climb back to kind-of-near-the-bubble? Well, they started the week by beating Michigan at home, holding the Wolverines to 21% from downtown. Then, they survived overtime in Lincoln, thanks in large part to strong interior play from Jae’Sean Tate and Keita Bates-Diop and in larger part to an uncharacteristic 3-for-17 night from Andrew White III. The Buckeyes can really return to the tournament picture with a home upset this week against either the Spartans or the Hawkeyes, but their upcoming games take on more meaning thanks to the work they did last week.

2. Jonathan Laurent, Rutgers. Just when we started to worry that Rutgers-Minnesota would be boring without the services of suspended Rutgers freshman sensation Corey Sanders, a new Rutgers freshman sensation appeared on the scene! Laurent recorded the second and third double-doubles of his young career this week as the Scarlet Knights remained winless in conference. Laurent contributed 18 points and 11 boards in a mid-week loss at Illinois, then followed that up with 19 points and 15 rebounds in a home defeat against Penn State. In addition to bursting onto the Big Ten scene, Laurent may have salvaged tonight’s Rutgers-Minnesota game with his breakout week.

3. Mark Donnal, Michigan. It’s been a while, but Donnal re-emerged out of nowhere to have a solid week for the Wolverines. After starting conference play off with a bang  by scoring 26 against Illinois and 16 against Penn State, Mount Donnal went dormant, reaching double-figures three times in the Wolverine’s next 11 games but keeping his spot in the starting lineup all the while. Perhaps Donnal was simply playing the long con on the entire conference, as the sophomore big man erupted again this past week, dropping 17 on unsuspecting Ohio State before scoring 25 (!!!) against Maryland. In College Park, Donnal made three of his four three-pointers. He had never attempted more than three triples in a single game entering the contest. Expect Donnal to disappear for a few more games before dropping 50 on someone in the Big Ten Tournament.

1. Maryland: Regular readers of this column may remember that I sold the Terps last week, and I don’t like re-treads, but the Terps really need to be admonished for robbing America of a battle between two 0-14 teams. Maryland is really good, and the Terps will surely be a top-4 regional seed come tournament time, but the team’s flaws showed big-time in a loss to the Gophers and near escape against Donnal-led Michigan. Rasheed Sulaimon played a strong second-fiddle to Melo Trimble against the Gophers, and Robert Carter did the same against the Wolverines, but the team BADLY missed Diamond Stone against the Gophers and I wish Jake Layman was more involved offensively (he’s taking four less shots per 100 possessions this year). All that being said, the Terps held a 16-point first half lead against Michigan, and are one of the top five teams in the country when interested. I don’t doubt they’ll be interested in March, but I worry about what might happen if Stone gets in foul trouble in a key tournament game.

2. Rapheal Davis: Davis completely disappeared for the Boilermakers this week, and while it didn’t hurt Purdue against Northwestern, it did against Indiana. Purdue is a shocking 12-0 this season (and 13-5 last year) when Davis scores in double figures, and he hasn’t reached 10 points in his last three games COMBINED. He scored two points against the Wildcats before being held scoreless by the Hoosiers. Davis shouldn’t be the primary option for the Boilermakers, but he should be a solid second or third choice (see Purdue’s games against Nebraska and Minnesota couple weeks ago) if Purdue is firing on all cylinders.

3. Wisconsin (except for a 17-0 run against Illinois): The Badgers probably played themselves back into the NCAA tournament with a seven-game winning streak that included victories over Michigan State and Maryland, but lost to the Spartans and trailed Illinois by 13 points in the second half before using the aforementioned 17-0 spurt to take control. Nigel Hayes played particularly poorly for the first three-quarters of the week, shooting 1-for-18 against Michigan State and in the first half against the Illini before making four of his five shots in the second half Sunday night. Hayes and the Badgers must play better over their final four regular-season games to secure a tournament spot: beating Minnesota is a must, and the team needs one (and would love to have two) wins in its other three games: (@ Iowa, vs. Michigan, @ Purdue).