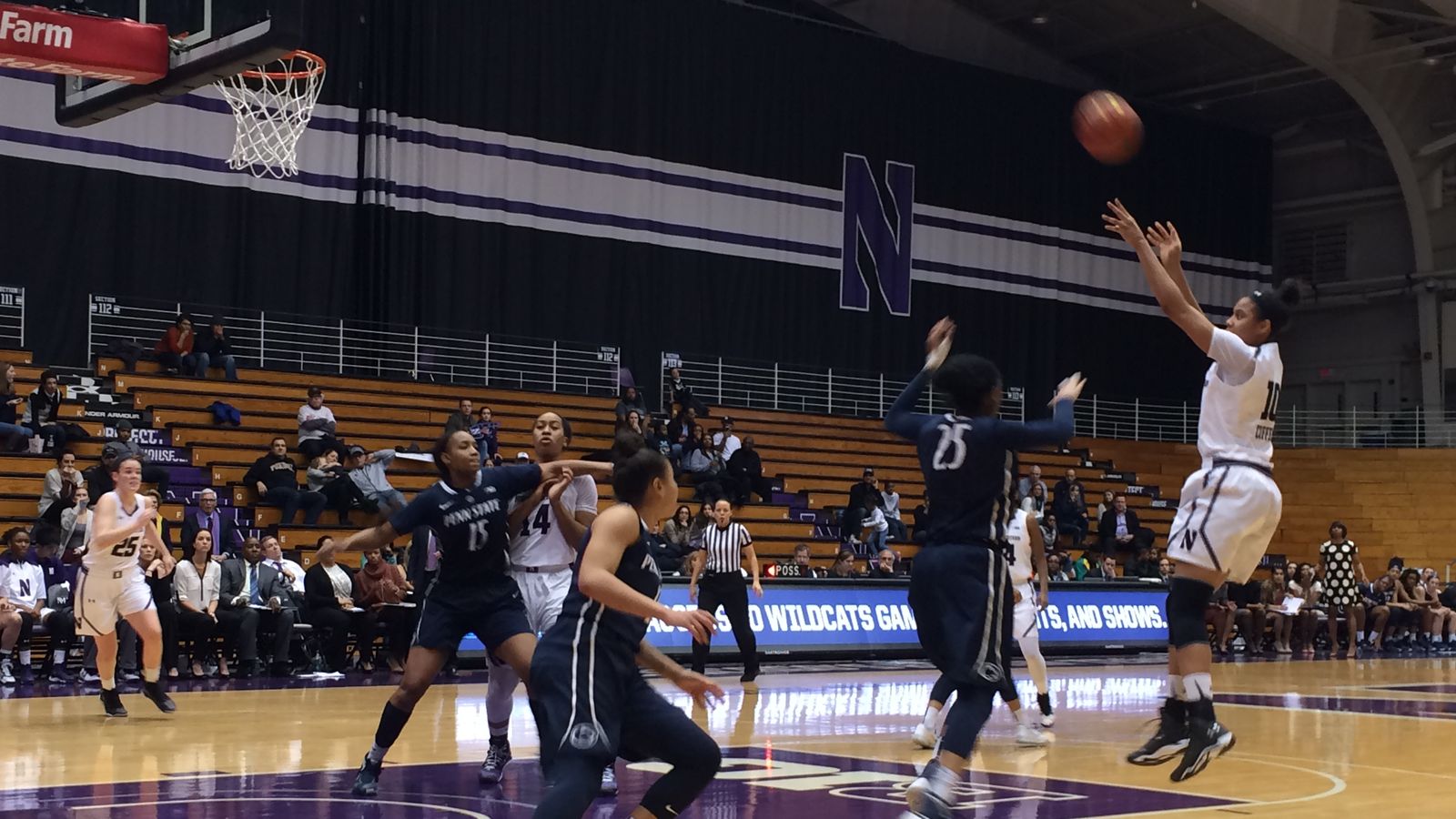 In a season full of disappointing losses, Northwestern’s final regular season home game ended like many others did in 2016: with a loss. The Wildcats battled until the final buzzer, but came up just short.

The sharp-shooting Michigan Wolverines led for the entire second half and held on for a 70-65 victory over Northwestern at Welsh-Ryan Arena on Tuesday night. The ‘Cats cut Michigan’s lead to four with under a minute to go, but the Wolverines (17-11, 9-8) were able to hit their free throws to ice the game away.

“We just couldn’t make enough plays when we had chances,” said head coach Joe McKeown after the game. “We had good looks. I thought we fought really hard… I thought we made a great comeback, put ourselves in position to win the game in the last couple of minutes. We just couldn’t finish it out.”

That has the been the case for Northwestern (15-14, 4-13) for the majority of conference play. The Wildcats played much better than they did in their last home game, a lackluster 73-54 loss to Penn State, but the end result was ultimately the same.

Tuesday was possibly the last game for senior guard Maggie Lyon at Welsh-Ryan. Lyon, who has had a tremendous career in Evanston, finished with a disappointing seven points on 3-11 shooting, missing all four of her three-point attempts.

“Yeah, it’s pretty emotional to put everything into perspective, all the great times I’ve had here and stuff.” Lyon said, reflecting on her career. “But I think my focus tonight was the game. Thinking about it right now, it’s a little more emotional than it was before the game. But we’re just trying to string together some wins and focus on our game against Nebraska on Sunday.”

Junior guard Ashley Deary had eight points, 11 assists and six steals, breaking the Big Ten’s single-season steals record in the process. Despite the honor, Deary was quick to brush off any praise after the game.

“That’s not really our focus right now,” Deary said about the record. “It’s just about the team and moving forward and winning games.”

Northwestern trailed by 11 heading into the fourth quarter, but was able to make a run at Michigan and tighten the game late. A late steal by Lyon gave Northwestern the ball down by four with 35 seconds left, but Deary air-balled a three-point attempt.

Shooting was ultimately the difference in the game, as Michigan went 7-15 from deep while Northwestern shot only 2-13 on threes. The ‘Cats also struggled from the free-throw line, going 9-15 compared to Michigan’s 15-17 mark from the charity stripe.

“It’s just like a momentum thing,” Lyon said about the team’s shooting struggles. “In a game when shots are falling, other people’s shots fall. When they’re not falling, it seems to be contagious.”

Nia Coffey had the best game of any Wildcat, scoring 22 points and grabbing six boards. She also contributed on the defensive end with six blocks.

“She was playing against three or four different defenders, junk defenses built to stop her,” McKeown said about Coffey. “I thought she handled all of that pretty well.”

Frontcourt mate Pallas Kuniayi-Akpanah also had a nice game, contributing 14 points and 10 rebounds of her own. That being said, Northwestern didn’t dominate in the paint; Michigan center Hallie Thome had a team-high 22 points on 8-11 shooting, and the Wolverines held a 17-10 advantage on the offensive glass.

Katelynn Flaherty had 17 points along with five assists, while Siera Thompson added 13 for Michigan.

“We just gotta finish games,” Deary said. “Just execution, that’s something that we gotta work on moving forward.But I’m very confident in the system that we have.”

Although Lyon had an uninspiring stat line, she had multiple hustle plays late in the game that kept Northwestern in it. She drew a charge with 1:52 left that led to a jumper by Christen Inman, then grabbed an offensive board on the next possession that led to free throws.

That kind of passion is something that McKeown said he will miss from his seniors (Lyon, Christen Johnson, Tessa Haldes and Nof Kedem) after the season is over.

“[The seniors] have just done a great job for us,”McKeown said. “I’m really proud of those four. I think when you look back a couple years from now, we’ll just look at that group and realize how much they’ve done in the big picture of changing this program. They mean a lot to Northwestern.”