Posted on March 1, 2016 by Michael Stern Leave a comment 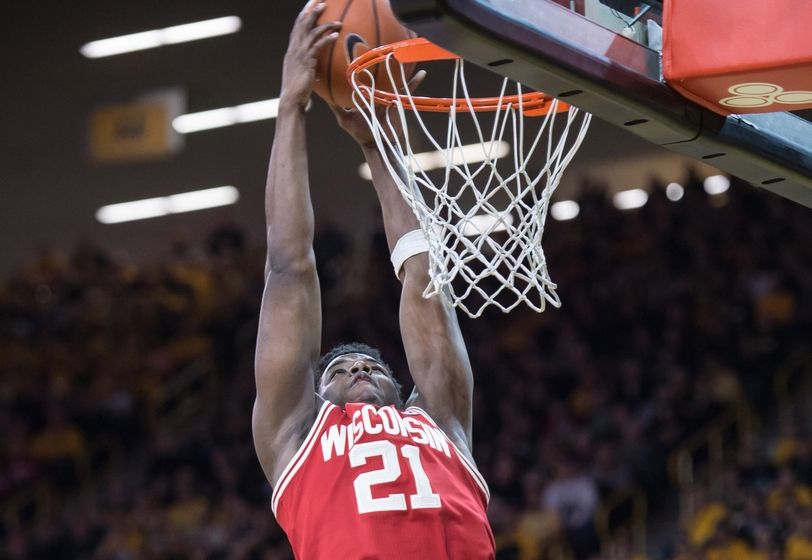 It’s the final regular-season edition of buy/sell, as the conference heads into its final week and one team remains winless.

1. Bryn Forbes. A stat that was casually mentioned in this space a couple of weeks ago crossed my mind again over the past week, while I watched Michigan State decimate Ohio State and Penn State with the drive-and-kick to Forbes. The Spartans improved to 18-0 this season when their purest shooter connects on at least three three-pointers. This week, Forbes scored 27 points (including seven three-pointers) as the Spartans beat the Buckeyes, then nailed four-of-six from distance in a win over Penn State. Michigan State can win without Forbes heating up (he made only one longball in Sparty’s 19-point win over Indiana), but if he gets going, the Spartans are nearly impossible to beat. Only three teams beat Michigan State last year when Forbes made at least three triples: Notre Dame, Wisconsin, and Duke. All three of them made the elite eight, and two of them played for the national championship. I’m buying Forbes as an indicator of Spartan success, and I’m buying him to stay hot deep into March.

2. Wisconsin: Remember last week when I sold Wisconsin after a rough week from Nigel Hayes and a loss to Michigan State? Maybe that was more about the Spartans than the Badgers, who beat Iowa and Michigan this week to improve to 10-1 since a mid-January loss to Northwestern. The Badgers got 23 points of production from the bench in Iowa City while Hayes shot three-for-11, then saw Hayes break out of his slump with a seven-for-14 day against the Wolverines when the bench struggled and scored only three points. Basically, Greg Gard is working some serious voodoo magic so that the whole team doesn’t struggle at the same time, and he’s gotten more out of role players like Vitto Brown and reserves like Khalil Iverson than Bo Ryan did early in the season. The Badgers have fully rebounded from a season-opening loss to Western Illinois and are probably a tournament lock. I’m buying the amazing job Gard did, and perhaps buying the Badgers to pull a couple early tournament upsets. If I was a two-seed, I wouldn’t want to see Nigel and Bronson on the seven-line.

3. Dakota Mathias: Purdue has developed a pretty-clear offensive game plan over the past few weeks, as is illustrated by Ken Pomeroy’s mapping of the percentage of offensive possessions different players use. AJ Hammons and Isaac Haas are options 1A and 1B for the Boilermakers, as the big guys use at least 28% of the team’s possessions when they’re on the floor. Caleb Swanigan and Vince Edwards get plenty of play as what Pomeroy calls “significant contributors,” and Raphael Davis is important as a “role player.” Mathias falls into another category all together, as Pomeroy gives him a “limited role” in the offense. The sophomore certainly didn’t have a limited role in the Boilermakers’ second-biggest win of the season, pouring in 17 points as the team knocked off Maryland. The Boilermakers need all the perimeter offense they can get heading into March, and buzzer-beating long twos over Diamond Stone from a “limited role” player can’t hurt.

1. Iowa: The Hawkeyes are back in the sell column. I asked a few weeks ago what would happen in Jarrod Uthoff went cold, and that question has been answered over the last two weeks. Uthoff has gone 8-for-34 from downtown over the Hawkeyes’ last five games, and the team is 1-4 in those five games with the lone win coming by four points over Minnesota. A young bench that appeared solid early in Big Ten play has also struggled, and an early-season game at Iowa State seems to best explain this team. The Hawkeyes are capable of building a 20-point lead on the road against a top-25 team if Uthoff is playing out of his mind, but struggle mightily if Uthoff falls back to earth. Teams that contain a strong wing defender who can neutralize Uthoff could spell trouble for the Hawkeyes come March.

2. Michigan: Michigan State isn’t the only team in the state whose hopes rest on a single three-point shooter. The Wolverines are 15-1 when transfer Duncan Robinson makes at least three three-pointers, but Robinson (and Michigan) have gone cold in the last couple of weeks. Robinson went one-for-four from deep as Michigan survived at home against Northwestern, then hit two of four longballs in a loss at Wisconsin. Muhammad-Ali Abdur-Rhakman and Aubrey Dawkins came to the Wolverines’ rescue against Northwestern and combined for 30 points, but the duo managed only five points against Wisconsin. A season that started as Robinson’s coming out party has become thoughts of what might have been if Caris LaVert had stayed healthy. The Wolverines’ RPI has fallen to 58, and they sit on the tournament bubble heading into a huge game against Iowa.

3. Rutgers: I knew it was bad, but I didn’t know it was THIS bad. The Scarlet Knights just finished a four-game stretch against four of the five teams directly above them in the conference standings, it didn’t go too well. Rutgers opened the stretch by losing to Illinois, 82-66, but that was probably the best performance of the four, since the Scarlet Knights relied on double-digit made free throws to reach 50 points against Penn State, Minnesota, and Northwestern. Rutgers saved the worst for last, making less field goals (16) than the Wildcats did three-pointers (17). Things aren’t getting better anytime soon for the Scarlet Knights, who welcome Michigan State to the RAC on Wednesday.