Joey Van Zegeren out for the rest of the season 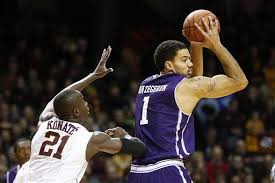 Joey van Zegeren will miss the remainder of the season after suffering a knee injury in practice on Monday. #B1GCats

This season with the Wildcats, van Zegeren played in 25 games averaging 3.6 points per game and 3.0 rebounds per game along with 20 blocks.
Van Zegeran was a graduate transfer from Virginia Tech and was expected to play a big role with the ‘Cats this season, but he’s been hampered by injuries and his playing time has diminished with the emergence of Dererk Pardon.