Posted on March 4, 2016 by Austin Miller Leave a comment 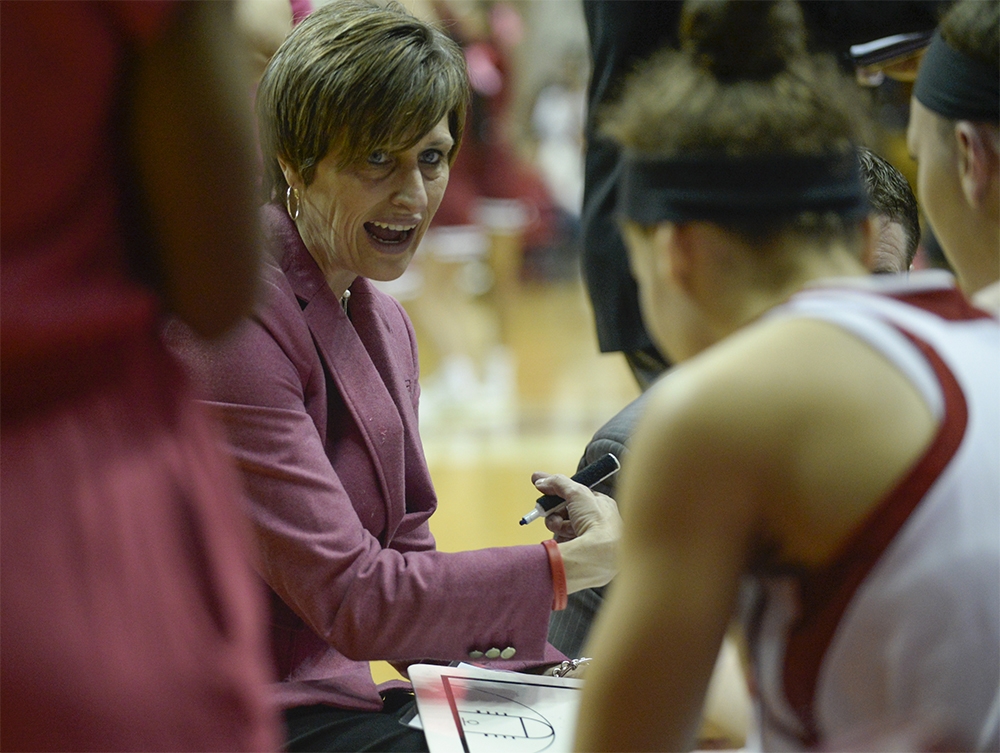 Northwestern does battle with the Teri Moren, the Big Ten Coach of the Year, and Indiana on Friday afternoon.

After a hard-fought win against Wisconsin on Wednesday, and an unexpected upset against Minnesota, Northwestern looks to keep the cinderella dream alive on Friday afternoon against the Indiana Hoosiers at approximately 1:30 CT on WNUR Sports.

Northwestern and Indiana met just once in the regular season, with the Hoosiers pulling out a 91-84 win in Evanston on January 24th.

Ashley Deary played perhaps her best game of the season on that afternoon, scoring 28 points while dishing out 10 assists, grabbing 7 rebounds, and collecting 4 steals. Nia Coffey had her typical double-double, with 29 points and 11 rebounds. Northwestern will look to establish those two again on Friday, especially given the fact that Indiana does not have an on-ball defender capable of preventing Deary from slicing into the lane.

In the absence of Maggie Lyon, Northwestern has gotten contributions from just about every player to touch the floor this week. While Deary, Coffey, Inman, and Akpanah have been their usual selves, Jordan Hankins, Amber Jamison, Lydia Rodhe, and Allie Tuttle have played valuable minutes both Wednesday and Thursday. If Northwestern is to have success on Friday, they will once again need to have contributions from their role players.

Indiana is led by All-Big Ten first team performer Tyra Buss, who comes into the Big Ten Tournament averaging 19 points per game. While Buss is no doubt a potent scorer, the player Northwestern may be more concerned with is Amanda Cahill. Cahill is a forward capable of stretching the defense, in the vein of Northwestern’s own Nia Coffey. Cahill however, is even more efficient of a shooter from the perimeter than Coffey. Cahill shoots better than 40% from beyond the arc, numbers that will cause Northwestern to have to mold their defense around the danger of Cahill.

One thing Northwestern has done incredibly well so far in this tournament is create specific game plans for each opponent. Against Wisconsin, the ‘Cats limited Nicole Bauman to just 5 points, and against Minnesota, Rachel Banham struggled her way to 26 points (yes, you read that right, Banham struggled and still scored 26 points. That’s how good of a player she is). While Joe McKeown should be able to take Tyra Buss out of the game with his defensive game plan, if McKeown can also take Cahill out of the game, Northwestern could continue their cinderella run.

While Indiana is the fourth seed in this tournament, there is clearly a gap in quality between the top three seeds, and all of the teams below. While Teri Moren has done a fantastic job with her squad, winning a much-deserved coach of the year award, the difference in talent between and Indiana squad that over-achieved, and a Northwestern side that under-achieved, is not entirely what one would expect from a 4-seed and a 12-seed.

Northwestern will enter Friday’s game with the momentum following victories over both Wisconsin and Minnesota, and will look to continue their cinderella run in Indianapolis. Indiana is a formidable foe, but not necessarily one that is unbeaten. If Northwestern brings the same total team effort that they’ve brought to the first two games in Indianapolis, the ‘Cats will be in with a shout on Friday afternoon.