Posted on March 6, 2016 by WNUR Sports Leave a comment 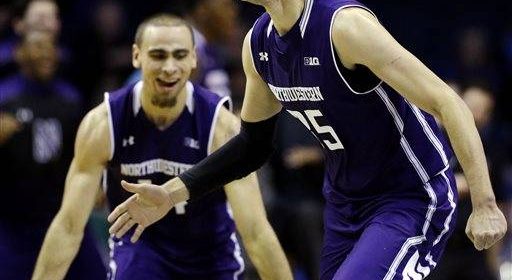 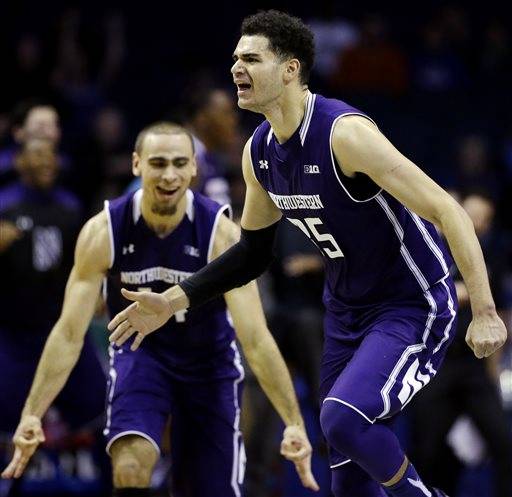 As the 2015-2016 Wildcats play their final regular-season game, Chris Grismer previews what next year’s Northwestern team could look like.

One thing about Northwestern’s men’s basketball team is certain: Next season marks the beginning of a new identity.

This year’s team was centered around Tre Demps, a scoring combo guard, and Alex Olah, a big man who could play inside and out. Now that they’re leaving, it’s up to the roster’s youngsters to morph the Wildcats into a new kind of team.

Demps and Olah, both seniors, accounted for roughly a third of Northwestern’s total points scored this season, combining for nearly 21 field goal attempts a game. That offensive burden will shift to the team’s secondary scorers, namely freshman Aaron Falzon and sophomore Vic Law.

Falzon, who scored the third-most points for the team this year, can shoot both in spot-up situations and coming off of screens. Over the course of the season, he occasionally drove to the basket, and even crashed the offensive glass, where he finished second on the team behind junior Sanjay Lumpkin. If he can diversify his offensive game by adding some off-the-bounce trickery, he can become one of the Big Ten’s most versatile weapons. Law, who sat out the entire season with a torn left labrum, gives the Wildcats another wing who can stroke it from behind the arc and provide help on the boards.

Those two ought to soak up the majority of the team’s minutes at the forward spots. This may mean that Lumpkin, the team’s best perimeter defender, will receive reduced minutes. Junior Nathan Taphorn will need to rediscover his perimeter shooting prowess, (his three-point percentage dropped to 28% this season), if he wants to take minutes from Falzon, Law and Lumpkin.

One thing to keep an eye on next season is how often Northwestern gets to the free throw line. The team is currently dead-last in the Big Ten in total free throws attempted, evidence that the team sorely needs better shot creation. One way to get more free throws is to attack the basket, something Northwestern did not do often this season. The Wildcats launched the second-most three-point attempts in the Big Ten, yet only ranked ninth in the conference in three-point percentage.

As the team’s primary ball-handler, sophomore Bryant McIntosh create offense for others, using his quickness to dart to the basket and collapse opposing defenses. This opens up the opportunity to kick out to unguarded shooters, as well as draw fouls at the rim. He and Dererk Pardon need to find chemistry as a pick-and-roll threat, and the Wildcats should begin almost every offensive set with a screen. It would not be surprising to see McIntosh’s scoring output dip slightly next year in exchange for a higher assist total; it’s more important that he create shots for others, rather than take them himself.

Due to personnel, Northwestern’s defensive principles should also be adjusted next season. With only one true proven center on the roster, it will be imperative that Pardon drops back on pick and rolls and stays close to the basket for rim protection and rebounding.

The abundance of wing players gives the team the option to switch, a key aspect of maintaining defensive integrity. Switching forces the opposition to keep looking for open shots, which eats up seconds off of the shot clock and reduces the possibility of late defensive rotations and fouls. While players like Falzon, Law and sophomore Scottie Lindsey don’t quite have the bulk to guard bullying post players, Northwestern does have the athletes to help and recover onto shooters. A manic defensive tactic like this is taxing, so Collins will have to keep his players in tip-top shape throughout the season.

Introducing different offensive and defensive philosophies will almost certainly create growing pains. While the on-court product may take a hit as the players and coaching staff adjust, it will be better for the team in the long run.

Looking ahead, the incoming recruiting class brings promise. Isiah Brown is a scoring point guard out of Seattle, WA, who became his high school league’s all-time leading scorer this year. Barret Benson, a local star at Hinsdale South High School, figures to be the team’s next best bet at center behind Pardon, as Benson stands at 6’9”, with a 245-pound frame. Finally, Rapolas Ivanauskas is a scoring wing from Barrington, Illinois playing his senior year Brewtser Academy in New Hampshire. Ivanauskas can compete for minutes at either forward spot.

Based on everything I’ve discussed, here’s how I would dole out playing time:

Overall, Northwestern’s blend of young talent and positional versatility makes them one of the most intriguing Big Ten teams moving forward. While that may not translate into success right away, it appears that the Wildcats’ development is trending in the right direction.