Posted on March 6, 2016 by Matt McHugh Leave a comment 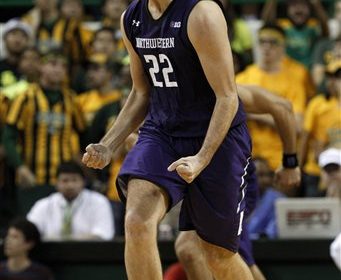 Northwestern dominated proceedings early.  They hit shots, Nebraska hit bricks, and Northwestern pulled way ahead.  Northwestern cooled off in a big way at the end, but it wouldn’t matter.  The cushion provided by the first half domination would give Northwestern enough to get across the finish line out in front.

It was fitting who did the damage on senior night.

The two seniors led the way for Northwestern. Alex Olah went off for 19.  Tre Demps scored 17 in typical Tre fashion, knocking down contested fadeaway after contested fadeaway.  Tre Demps has completely recovered from whatever had him messed up early in the year.  He is once again the dangerous microwave scorer we all knew, or at least should have known, he is.  Here are some other thoughts from Northwestern’s program record setting 20th win of the regular season.

Tre Demps finishes his season strong, scoring 17 points on 7-18 shooting. averaging 19.9 points per game on 46 percent shooting in his last nine games. Demps sparked the team’s offense in the first half, scoring 10 points in first 10 minutes.

Alex Olah had 19 points of his own and grabbed 8 rebounds.  Olah finishes season strong after slow start to conference play, putting up double digit points in 6 of last 7 games.

Freshman Dererk Pardon went 3-3 from the floor and grabbed three offensive rebounds. An efficient showing from him, but not the same dominance as the last time he faced Nebraska, when he had 28 points and 12 boards.

Northwestern dominated the glass, out-rebounding Nebraska 40-26 Scottie Lindsey had eight rebounds, a career-high for him.

Northwestern went on a 28-6 run in the first half which blew the game open. Northwestern’s defense got off to a strong start holding Nebraska scoreless for 5:45 minutes during that stretch.

Shavon Shields was one of three Nebraska players to put up double digit points, but the ‘Cats held him to an inefficient   2-11 shooting afternoon.  Nebraska still continues to struggle to find anything resembling a consistent offensive threat.

Bryant McIntosh basically the only player with an inefficient first half for Northwestern. 1-6 from the field. 2 assists, 2 turnovers, 2 fouls. He finished the game with 8 points and 7 assists on 3-10 shooting

Sanjay Lumpkin hit a three. ‘Cats are now 11-0 when he makes a three.