BASEBALL: ‘Cats In the Midst of 5-Game Losing Skid 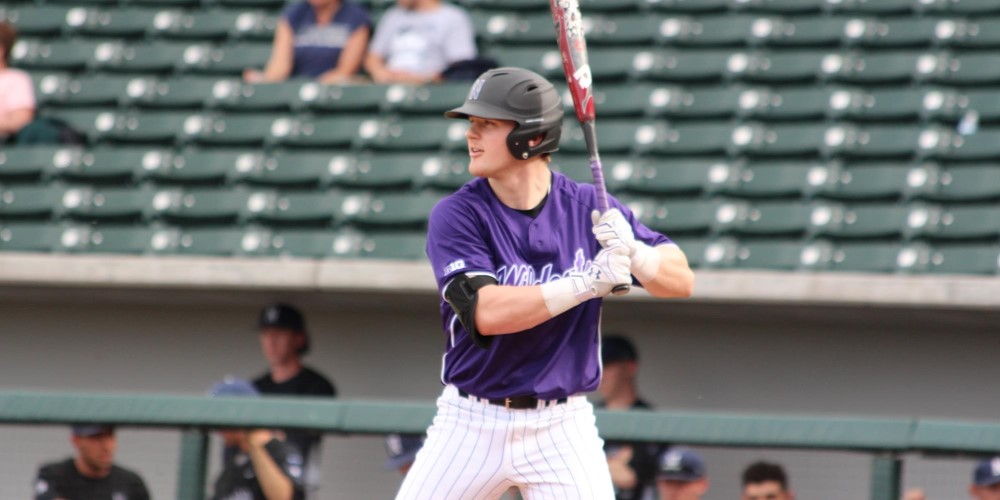 Northwestern baseball went into Port Charlotte with the wind at their backs after a 14-5 thrashing of Pacific the previous weekend, evening their record at 4-4. The Snowbird Classic, however, was not kind to them, and the Wildcats dropped all four of their contests this past weekend, one in heartbreaking, extra-inning fashion, and added to their losing streak on Tuesday against UIC.

Division II Saint Leo had five different players tally hits in a late rally to erase a 3-1 deficit in the seventh and beat Northwestern 5-3. The Lions struck first on an RBI single in the fourth by catcher Mike Mann to give them a 1-0 lead, but Northwestern responded in the bottom of the inning with a run-scoring single from their own catcher, Jack Claeys to score Matt Hopfner. Tacking on runs in the fifth and sixth, thanks to a balk and a Jake Schieber double, Northwestern found itself with a 3-1 lead. However, a Tyler Lass wild pitch and a double by Lions third baseman Chase Turner tied the game in the bottom of the seventh. Turner would be the hero, as he would provide the go-ahead sac fly in the ninth to give the Lions the eventual win. Matt Hopfner and Jack Claeys both finished with two hits on the day.

Arguably Northwestern’s most formidable opponent of the weekend, Boston College of the ACC put together a rally of their own to beat the Wildcats by a score of 6-3 on Saturday. Starter Reed Mason put together a solid start for Northwestern, allowing two runs (one unearned) over five innings, but it was sophomore Tommy Bordignon who could not hold the lead, and took the loss after giving up four runs on his three frames of work. Eagles DH Gian Martellini led the way for his offense with three RBIs, including a double and an RBI groundout. Boston College’s starter Mike King fanned seven Wildcats and gave up two earned runs in a no-decision, but five batters still managed multiple hits against the Eagles’ staff.

Northwestern ended day two in Port Charlotte with a back-and-forth game that went to 10 innings, but ultimately ended in heartbreak as they lost to Big East opponent Butler 10-9. Despite overcoming a six-run deficit and outhitting Butler 17-15, the Bulldogs plated one run too many in the tenth. Zach Jones and Matt Hopfner went off for four hits each, and two and one RBIs, respectively. Butler DH Gehrig Parker paced his offense, going 4-5 with two RBIs and two runs scored. Down 7-1 in the bottom of the fifth, the Wildcats exploded for six runs over the next three innings to put themselves within striking distance, 8-7. In the bottom of the ninth down 9-7, Jones singled to start off the inning and advanced to second on a wild pitch. Joe Hoscheit doubled into the gap on the next pitch to score Jones. Hopfner followed suit with a double to tie the game. Northwestern cycled through five pitchers in the game, but it was ultimately Hopfner who had the misfortune of giving up the go-ahead sac fly to Butler first baseman in the tenth and being pegged with the loss.

The Wildcats looked to bounce back in their lone Sunday contest against Illinois State of the Missouri Valley Conference. However, the Redbirds had different plans. After besting another B1G team in Ohio State by a score of 5-4 just the day before, they took down Northwestern in a 10-4 blowout to win their second consecutive game. Northwestern’s offense continued a trend of looking solid early-on, and established a 3-1 lead via a productive fourth inning of three runs on three singles by Claeys, Lind, and freshman Willie Bourbon. In the bottom of that inning, however, the Redbirds chased Cooper Wetherbee for three runs to take a 4-3 lead. Northwetsern’s pitching staff only gave up six earned runs, but four errors by the middle infield, including three by shortstop J.R. Reimer, didn’t help matters. Illinois State shortstop Owen Miller went 4-5 with 4 RBIs and a run scored.

Northwestern’s rough week continued on Tuesday, when the ‘Cats took on UIC. The Flames scored early and often, knocking off Northwestern 11-2. For highlights of that contest, CLICK HERE.

Northwestern returns to action on Thursday when the ‘Cats travel to San Diego to take on the Aztecs of San Diego State.