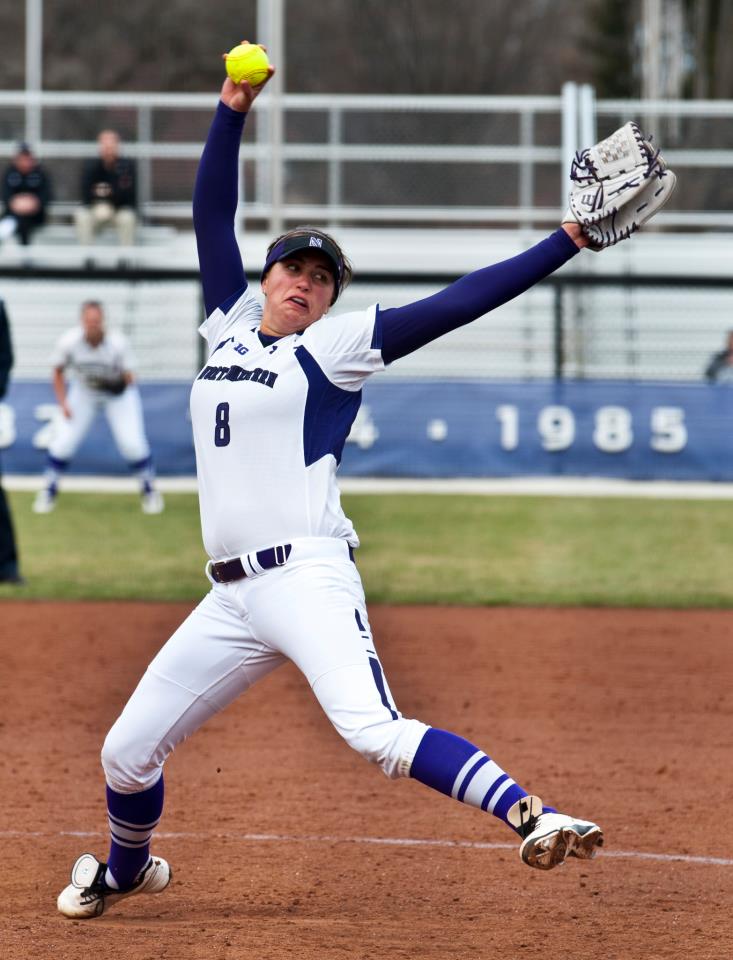 The Wildcats carried a 7-7 record into the Judi Garman Classic in Fullerton, California this past weekend. Looking to have a positive record and some momentum heading into a twelve-day stretch with no games, Northwestern went winless on the west coast, dropping their record to 7-12 on the year.

The Wildcats’ first matchup of the tournament on Friday pitted them against the #22 Fresno State Bulldogs of the Mountain West conference. Unfortunately for Northwestern, their second contest of the year against the Bulldogs ended with the same result, but in a more lopsided fashion. Fresno State scored seven runs on seven hits with no errors to beat the Wildcats by a final of 7-1. Despite getting out to a quick 1-0 lead in the bottom of the first on a bases-loaded walk to third baseman Morgan Nelson, Bulldogs starter Jill Compton stopped the bleeding there, striking out seven en route to her eighth win of the season. Wildcats starter Amy Letourneau pitched four spotless innings to start, but slipped to 3-5 on the year after giving up six runs (two unearned) in her last two frames on an offensive surge by Fresno State, highlighted by a two-run shot from first baseman Lindsey Willmon in the fifth.

Northwestern’s second (and definitely most memorable) game of the day was against the Long Beach State 49ers from the Big West conference. A good old-fashioned pitcher’s duel broke out between Wildcats starter Kristen Wood (6.2 IP, 1 ER, 3 R, 6 K, 2 BB, 106 pitches) and Beach starter Christina Clermont, who flexed her rubber arm against Northwestern, pitching a complete game on 146 pitches, striking out 13 batters and giving up two earned runs on five hits. Northwestern took 2-1 lead into the top of the seventh inning, and that’s when the fun started. Down to their last out, LBSU right fielder Kelli Finan singled to keep the inning alive, and then an error from Northwestern SS Andrea Filler left two on with two outs. With Finan in scoring position at second base, 49er second baseman LT Torres singled into right, but a solid throw from right fielder Fran Strub, who came in as a defensive replacement, had Finan hosed at home. Instead of sliding into an out, however, Finan jumped over the top of Wildcats catcher Caylor Arnold, landing on the plate and tying the game. Long Beach State scored the go-ahead run soon after, and Clermont continued her dominance as the Wildcats dropped a heartbreaker by a score of 3-2.

Game 3 of the tournament on Saturday against San Jose State of the Mountain West came up all Spartans. SJSU starter Katelyn Linford tossed a complete game with nine strikeouts and no walks, and center fielder Brittany Abacherli blasted her team-leading fourth homer in the team’s only win in the Judi Garman Classic. There was some clutch hitting by the Wildcats, but it was too little too late. Back-to-back two-out singles in the third by Sabrina Rabin and Krista Williams followed by a steal of home and an unearned run on an error by Spartans second baseman Taylor Purdy saw the ‘Cats take a 2-1 lead. While it looked like Northwestern had gotten into Linford’s head there for a bit, she shut them out for the next four innings, only allowing a solo home run in the bottom of the seventh to sophomore second baseman Brooke Marquez to make the score 7-3, which ended up being the final. Nicole Bond (1 ER), Kenzie Ellis (3 ER, loss), and Amy Letourneau (3 R) split roughly two innings apiece on the bump for the Wildcats.

The Titans of Cal State Fullerton, the tournament’s host team, were the Wildcats’ fourth opponent. Hailing from the Big West, the Titans blanked Northwestern 2-0 off strong pitching from reliever Sydney Golden that limited Wildcat batters to one hit, compliments of an Andera Filler single in the first. This did nothing to help a solid pitching effort by Northwestern. Kristen Wood picked up her third loss of the season despite allowing only two unearned earned runs over four innings, and Nicole Bond and Amy Letourneau turned in two scoreless innings of relief. After Titans third baseman Missy Taukeiaho scored on a passed ball in the third, pitcher Sarah Moore helped out her cause with a long sac fly to shortstop to score pinch runner Adele Leuma.

Sunday morning brought forth the #19 Arizona State Sun Devils of the Pac-12 and their 16-5 record to take on Northwestern, and another narrow loss got the best of the Wildcats, this time by a final of 2-1. The offense just couldn’t get anything going despite outhitting the Sun Devils 10-7, the only run coming on Andrea Filler’s first home run of the season in the third. ASU took the lead initially in the bottom of the second with a pinch hit solo shot by Ulufa Leilua, her first of the year, and took it back after the Filler homer tied it on a single by Sun Devils second baseman Nikki Girard to score Jenn Soria. Letourneau turned in another quality start for Northwestern, but didn’t get much help from her offense as she dropped to 3-6 on the year despite striking out six and letting up two earned runs in a complete game on Sunday.

The Wildcats will return to action on March 18th in Clearwater, Florida, when they take on Quinnipiac.