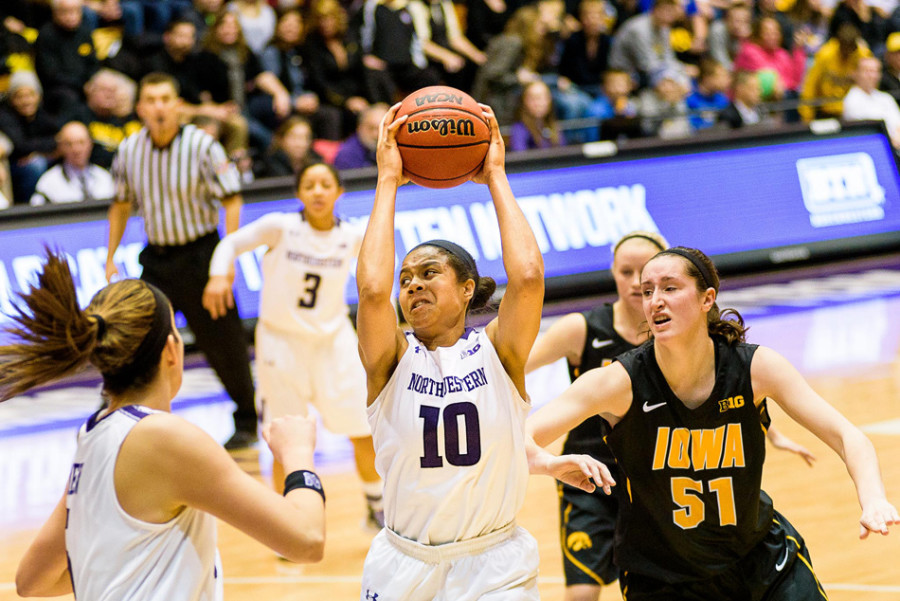 Northwestern thoroughly outplayed San Diego in the fourth quarter of Thursday’s WNIT first round matchup. The problem was that the Wildcats had already dug themselves into too big of a hole.

Joe McKeown’s squad cut a 21-point fourth quarter deficit down to two, but couldn’t come all the way back as San Diego topped Northwestern 69-65 at Welsh-Ryan Arena.

A cold shooting night for Northwestern and solid defensive effort from the Toreros made it look like San Diego would run away with the game, even in the early stages of the fourth quarter. Maya Hood’s and-1 made it 54-33 in favor of the visitors with 7:55 to play.

But the Wildcats fought back, finishing the game on a 32-15 run and limiting San Diego to 1-of-7 shooting from the field. During that same period, Northwestern finally found its shooting form; the ‘Cats shot 13 of 16 (81 percent) in the game’s final eight minutes.

Ashley Deary scored 13 of her game-high 23 points in the fourth quarter to lead the charge, while Nia Coffey had eight points in the final frame. It just wasn’t quite enough.

Twins Malina and Maya Hood had solid games for San Diego, scoring 20 and 12 points, respectively. Sydney Williams and Cori Woodward had 15 each for the Toreros, who won despite getting only two bench points the entire game.

The game was sloppy on both sides, as San Diego turned the ball over 22 times and Northwestern had 15 giveaways. Northwestern’s late furry inflated their shooting percentages a bit, but the ‘Cats still finished below 40 percent from the field and only 63 percent at the charity stripe. The Toreros out-rebounded the ‘Cats 41-35.

Jordan Hankins started the Wildcats’ late run with a layup and three pointer, and Nia Coffey’s free throws cut San Diego’s lead to single digits with 3:58 left. With the Toreros looking to put the game out of reach, Deary hit a three with 45 seconds left to keep the ‘Cats alive and another with five ticks remaining to make it a two-point game.

The ‘Cats played without senior guard Maggie Lyon, who also missed the Big Ten Tournament two weeks ago with a lower-body injury. Nof Kedem appeared in the final seconds of the game and was the only other Northwestern senior to play.

With the win, San Diego advances to play IUPUI in the second round of the WNIT. Northwestern’s season comes to an unceremonious end, and the Wildcats finish with an 18-17 overall record.