Northwestern Lacrosse gets back on track against Michigan

Posted on April 8, 2016 by WNUR Sports Leave a comment 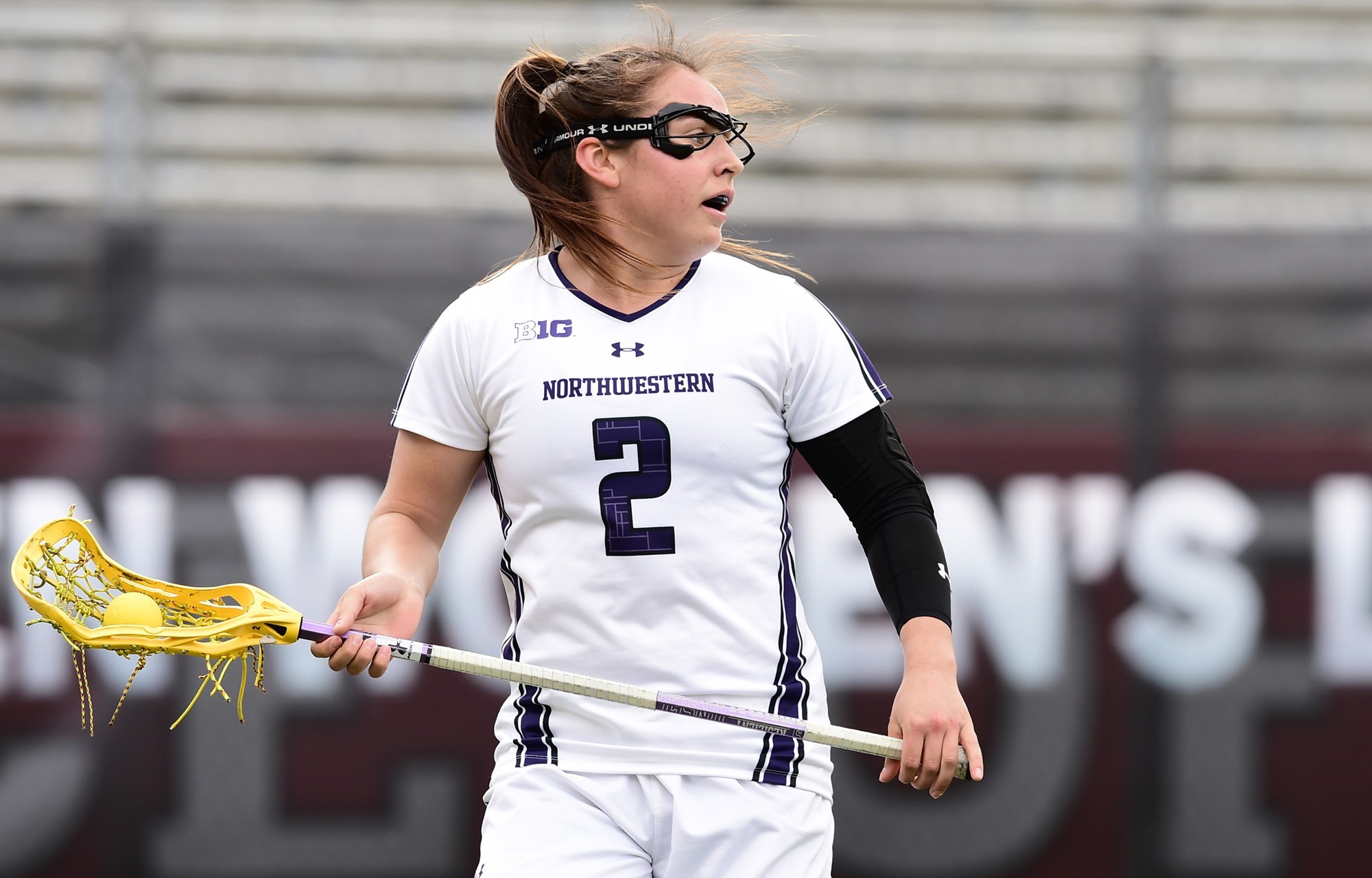 The Michigan women’s lacrosse program may only date back to 2013, but their box scores look their worst against Northwestern. On Thursday night, Northwestern’s history of dominating the Wolverines continued, as they rode a 15-0 first half score to a 20-4 final result.

After a tough two-loss stretch on the road, including a 17-4 drubbing at the hands of No. 1 Maryland in College Park, the Wildcats were thrilled to be back at home and let out their season’s frustrations right from the start.

Their first goal came within 40 seconds of the opening whistle, as Selena Lasota scored on a restart following a shooting space violation on the Wolverines. After almost five minutes elapsed without any scoring, the Wildcats proceeded to open the floodgates.

Christina Esposito took the ball from the left side of the goal and twisted by her defender along the crease to make space for herself before placing the ball past Michigan keeper Allison Silber in the bottom corner for Northwestern’s second goal.

In the next minute and a half, Lasota, who would finish the game with a season-high six goals, bagged two more scores to complete her hat trick. One came off an 8-meter restart identical to the setup of her first goal, and the second came when Lasota put away a loose ball after Kaleigh Craig had dispossessed a Michigan midfielder just outside Michigan’s goal.

Craig and Lasota found themselves on the score sheet often in the next 20 minutes, combining for eight of Northwestern’s 15 goals in the first half. However, the Wildcats’ offensive barrage featured a variety of names, with Christina Esposito chipping in three goals and Shelby Fredericks notching two assists and winning countless draws.

A total of 31 players saw the field for Northwestern, and 12 tallied a point, including first goals on the season for Kim Harker, Lindsay Darrell, Lydia Cassada, and Carolina Lizzio.

The Wildcats moved the ball feverishly across the field, swinging it from behind the goal to the wings and from the wings to cutters dashing in front of the net. They worked their offense patiently, and their quick and consistent passing attack had the Michigan defense chasing shadows for so long that once a hole opened up for a Northwestern attacker to make a move toward the goal, the Wolverines could no longer keep up with them.

There was not much defense to be played on the Northwestern end thanks to a dominant performance by Fredericks on the draw. No Michigan opponent could deny the eighth best draw taker in the country on the restart, and the ‘Cats’ frenetic defense harassed Michigan into turnovers whenever the Wolverines did happen to secure the ball. Michigan managed to put four goals on the board in the second period, but Northwestern tacked on five more to complete the rout.

Despite their unusually pedestrian start to the season, Northwestern’s controlling performance against Michigan could be classified as commonplace at this point. In three seasons of play against Michigan, with this 20-4 victory included, the Wildcats are 4-0 with a goal differential of +43.

That being said, the Wildcats were relieved to witness Lasota, their leading scorer from last season, return to form after being held goalless against the Terrapins and shot-less against Penn in the ‘Cats’ last two games.

Thursday’s win at home improved Northwestern’s record to 5-6 overall and 4-1 at home. Their home comfort will be important in the coming week and a half as they have three straight games at Lakeside Field, their next being a showdown with No. 5 Notre Dame on Sunday.