Posted on April 9, 2016 by Jason Dorow Leave a comment 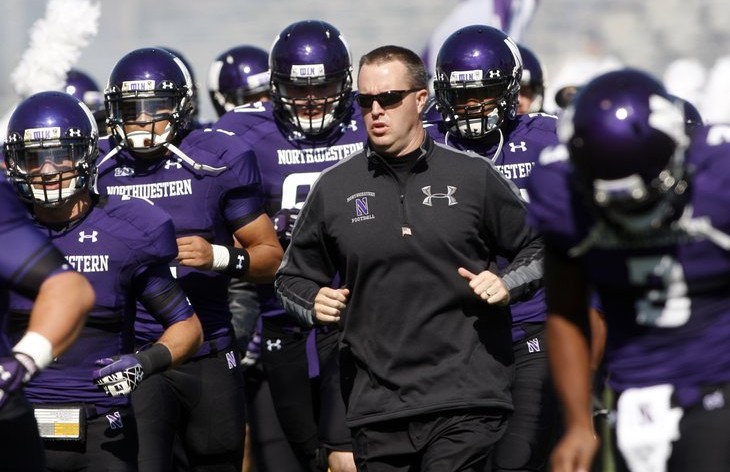 Following the second of two spring practices open to the media, Northwestern football head coach Pat Fitzgerald met with the media and spoke about the progression of young players, Anthony Walker’s development into one of the nation’s best linebackers, the running back competition behind Justin Jackson and the NCAA’s recent ban of satellite camps, among other topics.

“We started that (Chicagoland Showcase Camps) to try to help the Chicagoland kids, especially those without financial means, to where they didn’t have to try to go to Bowling Green, Miami of Ohio, Kent, Akron. They couldn’t go to all those camps,” Fitzgerald said. “But if we brought all those schools here, then those kids can come to one spot and get evaluated by all those schools. And now because of this ban, that goes away.”

“Part of what I think our job is as college coaches is providing opportunity maybe to those that don’t have the financial means,” Fitzgerald added. “I’m disappointed that it’s gone this way.”

You can listen to the full audio from Fitzgerald here or use the player below.