Way Back Wednesday: The Wildcats in 2007 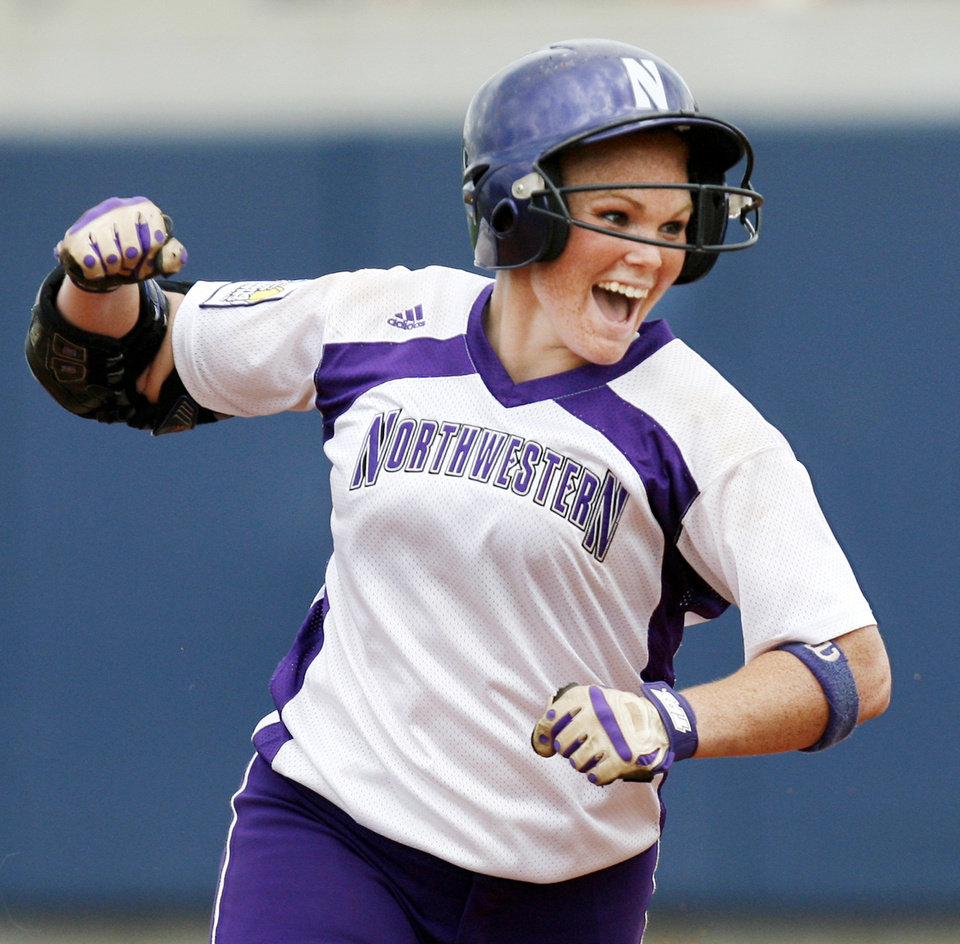 I know what you’re thinking. Nine years ago is pretty close to present day, and probably not deserving of the “way back” monicker. That being said, Northwestern as a school and athletic program has fundamentally changed in many ways since 2007; Morty Schapiro wasn’t university president yet and there were definitely fewer parking garages on campus.

This week’s trip down memory lane is inspired by this past weekend’s softball series between Northwestern and Iowa. Playing the second game of a doubleheader in near-freezing temperatures at Sharon J. Drysdale Field, Iowa’s Angela Schmiederer launched a two-run home run onto the roof of McGaw Hall, which houses Welsh-Ryan Arena.

That’s some serious pop. Schmiederer became the first visiting player ever to hit the McGaw roof, and only a handful of Wildcats have ever done so. None of those “roof shots”, however, came before the 2007 season. So in memory of the first ever “roof shot,” here’s a peek at what the Wildcats looked like in 2007.

This one is easy to remember for longtime Northwestern fans. The 2007 Wildcats lost their opening game, 9-8 in double overtime, to No. 4 North Carolina in Chapel Hill. The next 21 games? Northwestern ran the table. The ‘Cats went 21-0 after that loss, outscoring their opponents by more than 10 goals a game.

The result was a 15-13 victory over Virginia in the national championship and the Wildcats’ third consecutive NCAA title. The dynasty wouldn’t stop there, of course; the ‘Cats would continue their torrid pace as a program, finishing with five straight championships from ‘05 to ‘09 and seven titles in eight years overall. With ‘07 right in the middle of that dynasty, there wasn’t a ton to complain about for Kelly Amonte Hiller back in the day.

If we could describe the ‘07 Cardiac ‘Cats in one word, it would be mediocre.

In Pat Fitzgerald’s second season as head coach, Northwestern finished 6-6 in 2007 but did not receive a bowl invitation. Starting quarterback C.J. Bacher finished the season with 19 touchdowns and 19 interceptions. The leading rusher was Tyrell Sutton, who accounted for a whopping 522 yards on the ground. For perspective, in 2015 Justin Jackson eclipsed that mark in the first quarter of the Wildcats’ first conference game. A nine-win season and bowl game would come for Fitz and company the following year, but 2007 didn’t offer a lot of excitement.

The Wildcats actually got off to a decent start, winning five of their first eight games. The highlight of the season may have been back-to-back 40+ point overtime victories against Michigan State and Minnesota in October. After dropping three of its final four games, however, Northwestern fell back to .500 and missed out on the postseason.

In terms of players going pro, Northwestern’s Class of 2007 didn’t make too many inroads in the NFL. No Wildcat was drafted in 2007, but undrafted linebacker Nick Roach did go on to have a productive pro career, playing for seven years with the Chicago Bears and Oakland Raiders.

That’s right, the program that inspired this week’s year of reminiscence had a remarkable 2007 season. The ‘07 Wildcats made it to the Women’s College World Series Semifinals before eventually losing to Tennessee, and that’s just the beginning.

The team won a program-record 52 games, going 52-13. The ‘07 ‘Cats also had the most hits, home runs, RBI’s, total bases and walks in a season in Northwestern softball history. Oh, and the team never lost more than two games in a row.

One reason for the resounding success? Two of the Wildcats’ top three all-time most-winningest pitchers (Eileen Canney and Lauren Delaney) and all-time home-run hitters (Tammy Williams and Garland Cooper) were all on the roster in 2007.

It shouldn’t be much of a surprise, then, that 2007 was the year in which a home run at “The J” finally reached the McGaw Hall roof.

Hopefully the Wildcats’ next power surge will include a homer that flies completely over McGaw and the Nicolet Football Center and onto Ashland Avenue. I’d be willing to wait another nine years to see that.