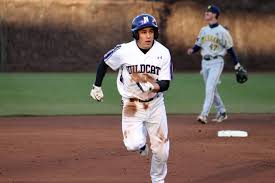 Northwestern went on its first win streak since the first two games of the season after a typically porous pitching staff silenced a typically formidable Bradley lineup to the tune of a 5-1 win Wednesday afternoon.

The Wildcats came in with a team ERA of 6.12, but nine relievers (one for every inning) combined to allow just five hits while compiling ten strikeouts against a Bradley team that is hitting .293 on the year. Justin Yoss picked up the win for the ‘Cats, while 6’6” lefty Ben Olson was saddled with the loss for the Braves. It was only the fourth time all season that Northwestern had allowed one run or fewer.

Matt Hopfner, Joe Hoscheit, and Connor Lind all entered the game red-hot after the Nebraska series, but it was the bottom of the lineup that did the work for the Wildcats. Willie Bourbon, Jake Schieber, and Ben Dickey, the seventh, eighth, and ninth hitters respectively in the Northwestern lineup, racked up all five RBIs for the team.

Northwestern struck first against Olson in the second inning when Bourbon laced a single through the hole to bring home Lind after a Jack Claeys double put Lind in scoring position. Dickey then grounded what should have been an inning-ending double play ball to Bradley shortstop Tyler Leffler, but second baseman DJ Gasso mishandled the ball on the transfer and could only get one out, letting Claeys cross the plate for the second and final run of the inning.

The game would remain scoreless until the Wildcats struck again in the bottom of the sixth. Joe Hoscheit started the inning with a base hit, and following Lind’s flyout, Claeys found himself on second base due to a throwing error on his single. With Nate Stong on the mound for the Braves and Grant Peikert on third pinch-running for Hoscheit, Schieber doubled Northwestern’s lead with a triple deep into the left field corner that scored Peikert and Claeys easily. Dickey followed up the triple with a single to left field that increased the margin to five.

Bradley would finally find the scoresheet in the bottom of the eighth inning against Wildcat reliever Pete Hofman when Hofman threw a wild pitch with the bases loaded that allowed leadoff hitter Luke Mangieri to score. Hofman subsequently induced a flyout from freshman outfielder Andy Shadid, who left five men on base on the game, to avoid further trouble and end the inning.

Lind, Claeys, and Bourbon all finished the outing with two hits, and Schieber and Dickey notched two RBIs apiece to pace the ‘Cats in their midweek matchup, but head coach Spencer Allen is most likely going to be enthused by his pitching staff’s lights-out performance.

Northwestern pitchers have allowed three or fewer runs in three of their last four games and look to ameliorate their conference woes this weekend in a three-game set against the Nittany Lions at Rocky and Berenice Miller Park.