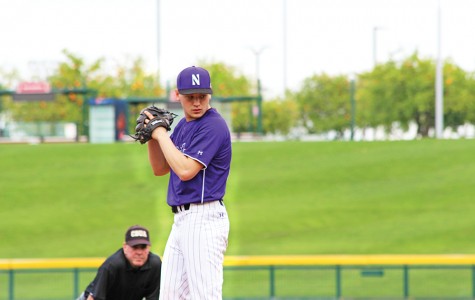 It’s no secret that Northwestern baseball has struggled this season, especially on the mound. Their 5.95 staff ERA is the worst in the big ten, and very few pitchers have been consistently productive all season. However, first-year coach Spencer Allen is doing the right thing by putting these pitchers in different situations all year in an effort to find a functional combination.

Although it might seem better to designate certain guys as starters and certain guys as relievers, that just isn’t the best approach with this group. Allen and the coaching staff are using this time to see what they have in each pitcher, and where their skills can fit best. In what’s now nothing more than a lost season (15 games under .500 past the halfway point), it makes sense to experiment a little bit with pitchers’ roles.

The best example of this came in yesterday’s game against Bradley, when Allen used a different pitcher for each inning. MLB teams have done similar things before, designating a day as a “bullpen game” and starting a reliever, but more often than not that only happens if the starter is scratched last minute. Allen went into the game with that plan, and it was a great way to see what different guys brought to the table.

Senior Jake Stolley started the game, his fourth start of the year, despite the fact that he closed games for the ‘Cats last season. Using Stolley for these brief starts gives some younger pitchers a chance to test the waters in high-leverage situations late in games, and it opens up all of the roles on the roster.

This season, 10 different Wildcat pitchers have started games, and all 10 guys have also made relief appearances. Getting guys experience both starting games and working out of the bullpen is huge for this season. The roles are quite different, and while some people are opposed to going back and forth, I think this is the ideal time to figure all of that out. Going into the season, Allen (and I) weren’t sure where all of these arms fit best, and hopefully we’ll have a much clearer picture by the end of the year.

The rotation and bullpen have such different roles, and some guys are better at certain aspects of one over the other. For example, maybe one pitcher is only comfortable pitching out of the windup, and his control goes off the rails when he pitches out of the stretch. First of all, that’s a rough problem to have, but most importantly that flaw just won’t work out in the bullpen. Relievers have to enter into situations with runners on base all the time, and that’s a really dicey spot to lose control. That would play much better in a starting role, where there’s not only less pressure, but also he gets to control how each inning begins.

Or maybe one pitcher throws really hard for his first 20 pitches but runs out of gas quickly and his velocity drops off. That guy would really struggle in his second inning of work, but as a reliever he can be a valuable asset.

Those are the kinds of trends that Allen can observe this season, and they can really help fill in the pitching roles for future years. No, all of this mixing and matching isn’t great in a contending season, but that’s not the situation that Northwestern has this year. This is a fantastic opportunity to see where people fit best and what holes need to be filled before next season.

It may not be fun this year, but Allen is certainly trying to get as much information as possible so that this program can rise out of the Big Ten cellar.