Posted on April 21, 2016 by Michael Stern Leave a comment 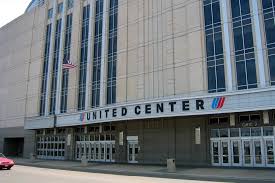 Illinois will play BYU and Dayton will face Northwestern in a doubleheader at the United Center on 12/17, source told @CBSSports.

The Flyers are a challenging mid-major opponent for Northwestern. Dayton has reached the last three NCAA Tournaments, reaching the Elite Eight in 2014 and losing to eventual Final Four participant Syracuse in this year’s first round.

Northwestern will make its first appearance at United Center since the 2015 Big Ten Tournament. Illinois faced UIC in the Bulls’ and Blackhawks’ home arena last season.

The addition of Dayton continues a trend of adding quality non-conference opponents to the Wildcats’ scheduled. Northwestern has already been slated to face Butler on November 16 and will face two of Notre Dame, Texas, and Colorado at the Legends Classic in Brooklyn November 21 and 22.