Softball plagued by their search for a second pitcher 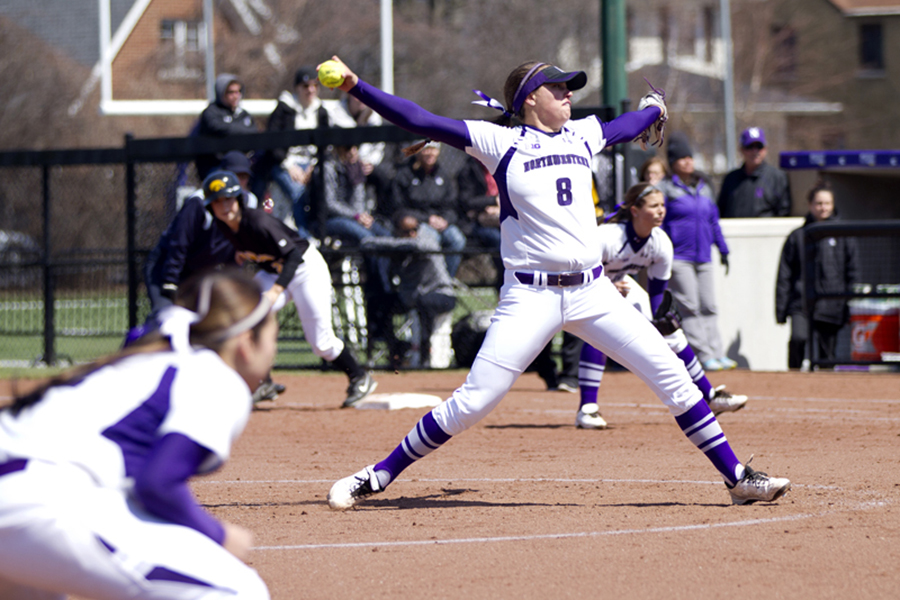 Amy Letourneau (8) has been a great pitcher for the Wildcats, but they need someone else to be a consistent, quality starter behind her.

The Wildcats have had an up-and-down season this year, with a tough non-conference schedule and a six-game winning streak, but currently sit at a disappointing 16-23 overall record. There are 11 games left in the regular season, but there’s still a reasonable chance that this will be the first Wildcat team to go under .500 since the 2001 squad. The biggest cause of the team’s decline has been their pitching, especially their inability to find a second pitcher behind Amy Letourneau.

Letourneau has been phenomenal this year, both at the plate and in the circle. The senior graduate student has pitched 113 innings this season, holding opposing hitters to a .250 average and posting a 3.41 ERA. She’s also pitched seven complete games this year, and having a pitcher like that is huge for any program that wants to be competitive. She just can’t carry the load by herself; she needs someone else behind her.

To be a great college softball team, you really only need two pitchers. Just look at Michigan, the best team in the Big Ten. Megan Betsa and Sarah Driesenga have combined to throw 210.1 innings this year, and the Michigan staff has a 2.40 ERA. Granted that team is successful because they are so well-rounded, but those two pitchers anchor pretty much everything that they do.

Coming into the year, Letourneau was supposed to be paired with senior Kristen Wood, and the duo was effective in non-conference play. Wood had a 1.94 ERA in her first 36 innings, and things were looking good for the Wildcats in the circle. However, Wood has been out since March 26 with an undisclosed injury, and the Wildcats have struggled to adequately replace her production.

Freshman Kenzie Ellis is second on the team in innings pitched with 56.2, but she has struggled in her first year of collegiate softball. She has a 7.16 ERA, and has issued 40 walks compared to just 36 strikeouts. There were high hopes for Ellis coming into the season, as she was a two-year unanimous all-state first-team selection, but she has struggled to find any consistency this year. She’s shown some flashes, but her struggles with walks and keeping balls in the park (19 home runs allowed) have been major causes of concern.

The Wildcats have also used freshman Kaley Winegarner more recently to try to fill this void. She had some strong appearances here and there early in the season, but has given up 11 runs in her last 8 innings. Both her and Ellis have time to develop and improve, but neither pitcher currently has shown that she can consistently be the second pitcher that the Wildcats so desperately need.

Looking towards the future, Letourneau and Wood will be gone after this year, so there won’t be a lot more room for growing pains from Ellis and Winegarner. This may be less of an either/or question since the Wildcats will need both pitchers to take on lots of innings next year.

It will be interesting to keep an eye on both pitchers during the rest of the season. Ideally they both start putting it together now and come into next season strong, but realistically if just one of them starts to figure it out, this year’s team could still make a late push.