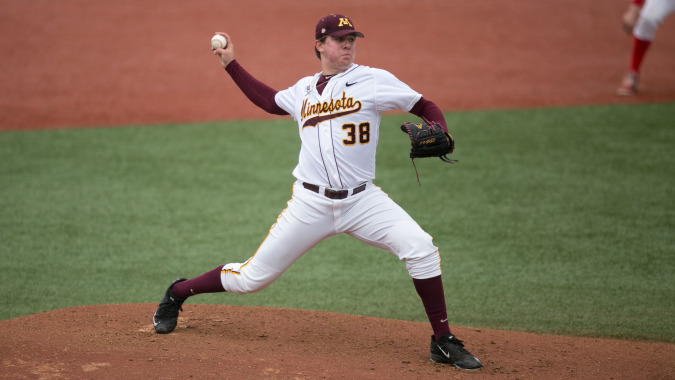 Northwestern baseball was able to win a 12-10 slugfest over Chicago State on Tuesday night to stop a three-game skid. The ‘Cats will have to be on top of their game again this weekend if they want to beat one of the Big Ten’s best teams.

Northwestern welcomes the red-hot Minnesota Golden Gophers into town for a three-game series this weekend at Rocky and Berenice Miller Park.

The Gophers aren’t just good, they’re hot right now. They’ve won eight of their last 10 and 13 of their last 16, outscoring opponents 114-59 during that stretch.

Minnesota’s offense is locked in, leading the conference in hits and batting average while also suffering the fewest strikeouts. Much of that success comes from Gophers pitcher/outfielder Matt Fiedler, who trails only the Spartans’ Jordan Zimmerman for the Big Ten lead in batting average.

In fact, Fiedler is no slouch on the mound, either. He posts a solid 3.38 earned run average and tossed a two-hit, complete game shutout earlier this season. His last start came on April 15, meaning that he’s probably well-rested and likely to appear in this series.

Minnesota’s second starter is Dalton Sawyer, who hasn’t had a bad season, either. Sawyer is second in the Big Ten with 58 strikeouts (in 50 innings pitched). Sawyer was on the mound the last time that Minnesota lost, but still managed to throw seven innings and allow only four hits.

Things haven’t gone as swimmingly for Northwestern in recent weeks.

The ‘Cats had lost nine of their last 11 before Tuesday’s victory. The pitching staff has struggled noticeably, with Northwestern allowing more than seven runs per game in April.

Ten pitchers worked Tuesday’s game for the ‘Cats, with the staff giving up 10 total runs and no pitcher recording more than three outs.

Reed Mason was not one of those pitchers, but he has been the ‘Cats’ most consistent starter in 2016. Mason’s 3.99 ERA, 47.1 innings pitched and 35 strikeouts are tops amongst ‘Cats starters.

Not only will Mason need to keep up his good work, but a solid start from Dan Kubiuk or Jake Stolley (especially against this potent Minnesota lineup) would be a welcome sight for Northwestern.

At the plate, Matt Hopfner looks to continue his own hot streak. The junior and Edina, Minnesota native has seven hits and four runs batted in during his current four-game hitting streak.