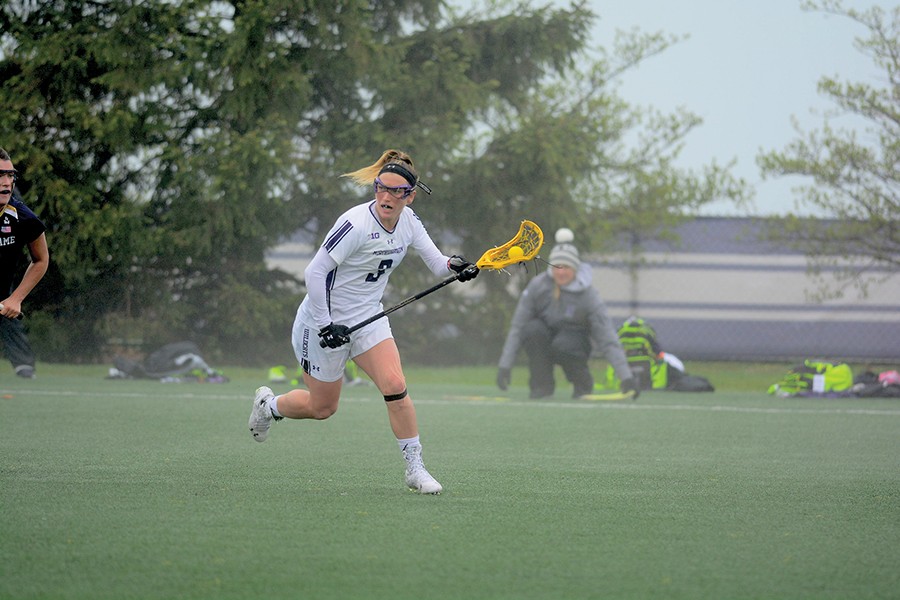 The Cats were outdrawn 20 – 11, despite the back-and-forth nature of the possessions.  Neither team led by more than two goals until the final minutes of the game.

Midfielders Madison Cyr and Katie O’Donnell each scored four goals for the Nittany Lions.  Penn State moves to 3-1 in the Big Ten and sits at 11-4 for the season.

Penn State outshot the Cats, 35-26, and only committed nine turnovers the whole game.  Despite the end statistics, the lead changed 11 times in the tightly contested match.

Selena Lasota received her second yellow card of the game with less than six minutes left to go in the second half,  forcing her to exit the game, leaving the Wildcats without one of their most prolific offensive attackers.

Penn State then capitalized on Northwestern’s fouls, scoring the last five goals of the game.  The Cats fouled twice as much as the Nittany Lions, with four yellow cards coming against the purple and white in the second half.

The Cats face a do-or-die situation heading into the last week of the regular season.  They travel to face the Ohio State Buckeyes on April 29 at 4:00 p.m.  With the ‘Cats record at 7-8, a win in the final regular season game would go a long way towards ensuring Northwestern finished both the regular season and the Big Ten Tournament at .500, a necessity to qualify for the NCAA Tournament.

vs. Iowa on Mixlr II.