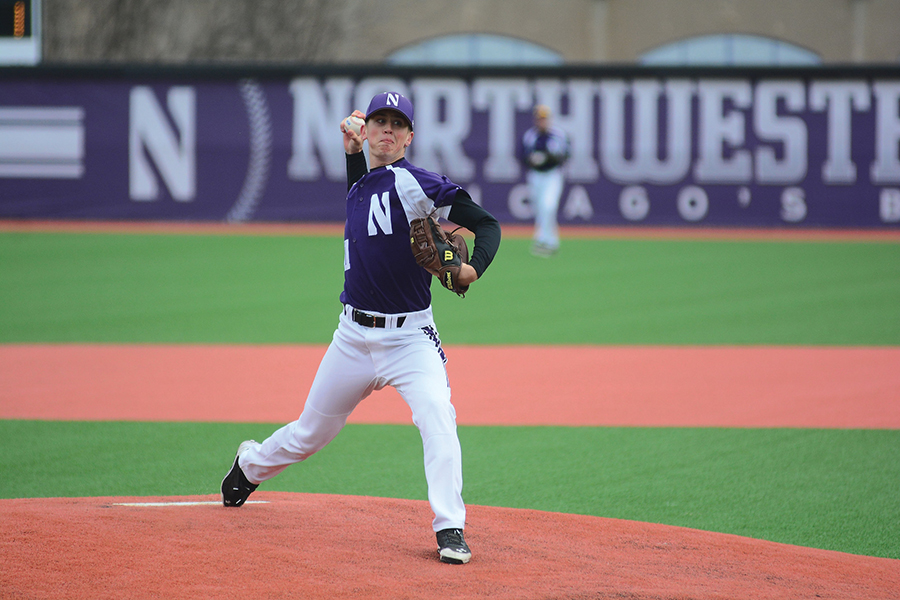 After suffering a hard-fought 6-5 defeat against the Minnesota Golden Gophers on Friday afternoon, the Wildcats were unable to recover and were blown out in the following two games of the two teams’ weekend series.

Northwestern senior pitcher Reed Mason kept Northwestern in Friday’s game for most of the afternoon, but in the third time around the batting order the Gophers’ middle of the lineup forced Mason out of the game by hitting three extra base hits to start the sixth inning, increasing the Gophers lead to 4.  The Wildcats fought back, and managed to get the potential game tying run in scoring position in the bottom of the ninth inning, but Jordan Jess outmatched Joe Hoscheit, forcing him to pop out to end the game.

Despite the disappointing finish, the game appeared to be a step in the right direction for a ‘Cats team that has struggled against Big Ten opponents (coming into the Minnesota series Northwestern was 2-10 in conference).

In the final two games of the series, Minnesota flexed their muscles and showed everyone why they currently sit atop the Big Ten standings, winning the two games by a combined 17 runs.

The Northwestern pitching staff struggled to get outs, particularly against the Gophers’ junior catcher, Austin Athmann.  Athmann knocked in two runs on Saturday and managed to wreak even more havoc on Sunday, blasting two homeruns and knocking in four of Minnesota’s eight runs.

Offensively, the ‘Cats did not do much better. Dalton Sawyer held Northwestern scoreless for seven innings on Saturday, and Toby Anderson managed to do even better, throwing a complete game shutout on Sunday.

Despite the series’ one-sidedness, Friday’s game can be seen as a positive as it showed first-year head coach Spencer Allen’s team’s resilience.  As the team matures in the new era of Wildcats baseball, close games like Friday will prove to be valuable late-game experiences, while blow-out losses will serve as a reminder of how much work is left to be done in order to accomplish the teams ultimate goal: to compete at the highest level both in the Big Ten and nationally.

Northwestern will be back on the diamond this weekend, this time on the road against the Indiana Hoosiers (23-15, 8-4).