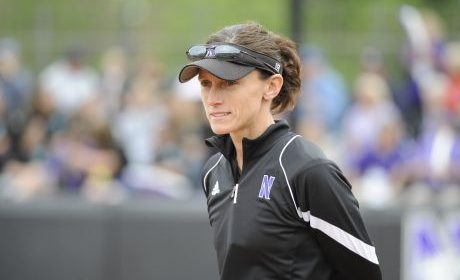 Kate and Caryl Drohan can add another major feat to their résumés.

Northwestern (20-23) broke a scoreless tie in their half of the second inning, as Alcy Bush drove home Fran Strub with a softly hit single up the middle.

Three batters later, Morgan Nelson delivered a two-run single through the left side hole, giving the ‘Cats all the offense they would need.

Northwestern blew the game open in the bottom of the fifth, scoring four times to make the score 8-1.

And after stranding what would have been the game-winning run at second in the same inning, Filler hit her second solo shot of the day in the bottom of the sixth, ending the game and clinching the Drohans’ 500th win.

Kristen Wood started for Northwestern and pitched three scoreless innings, giving up just two hits and striking out four. Amy Letourneau earned her ninth win of the year in relief of Wood, giving up just one unearned run on three hits.

Loyola (20-23) managed just five singles, and junior Erica Nagel, whose batting average coming into the game was fourth best in the nation at .471, was held hitless.

Madison Hope, who hit a walk-off single in Loyola’s Tuesday win over Indiana State, picked up the loss for the Ramblers.

Although the mid-week matchup was certainly significant due to the Drohans’ milestone victory, the win was also extremely important for the ‘Cats NCAA tournament chances.

Northwestern needs to finish the season .500 or better to qualify for a potential at-large bid, which is certainly not out of the question thanks to the team’s tough non-conference schedule.

The Wildcats need to win seven out of their last 11 games in order to even up their season’s win and loss totals.

The team travels to Madison this weekend for a crucial three-game set with the Wisconsin Badgers.