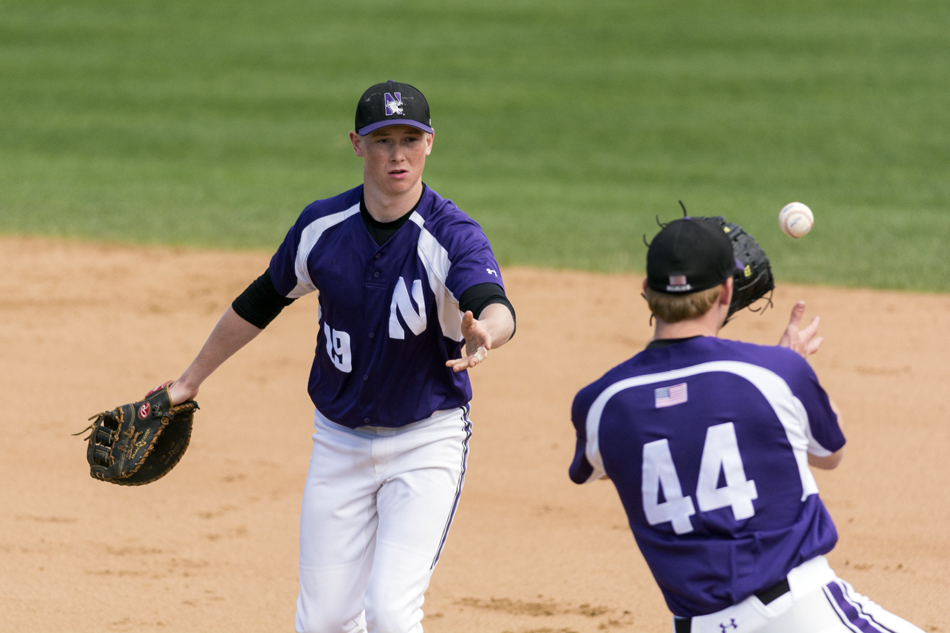 The Northwestern baseball team is winding down their season which will mercifully come to a close in a couple weeks. Sitting at 10-30 (2-13 Big Ten), the Wildcats aren’t really playing for much at this point of the season. However, as they play out their schedule, Spencer Allen and the coaching staff would like to see what they have and who could really contribute in future seasons.

The pitching staff has had its share of problems this year, but the lineup has had some consistently productive players, most notably right fielder Matt Hopfner. The junior is hitting .372 in 148 at bats this year, a notable improvement over his .241 mark last season. He’s also added some more power to his game, slugging .514 this year compared to just .310 last year. That added power has made him a staple in the middle of the order that the Wildcats can be excited to have again for his senior season next year.

Connor Lind has been another productive bat for the ‘Cats, though he’s flown a bit more under the radar. The sophomore third baseman played almost every game last year, but that was more out of necessity. Now the team counts on him for his consistency. He’s hitting .302 on the year with a .378 on base percentage. Last year, he hit just .237 with a .318 OBP. Lind looks better than “just a guy” and he should have the hot corner locked down for the next two years.

Joe Hoscheit has been a fixture in the Wildcats’ lineup for the past two years, and he’s improved his game even more this season. He has a career high .293 average and .472 slugging percentage to go with a team-high five home runs. The junior left fielder also dropped his strikeout percentage from 17 percent of at bats last year to 12 percent this year. Hoscheit is responsible for over a third of the team’s home runs, so the ‘Cats will happily welcome him back for his senior season.

The Wildcats have also gotten a solid season from freshman second baseman Willie Bourbon. He’s slashed .273/.371/.385 this year while playing in all 40 games. The strikeout total is uncomfortably high at 56, but that’s really his only area of major concern. He gets on base well, and gets a good number of extra base hits for a middle infielder.

Overall, these four players will all be back for next season, and that’s a huge sign of encouragement for this struggling team. There are fewer holes to fill than their record shows, but finding quality young arms should be the number one priority with recruiting. Granted, that’s the hardest and most volatile thing to recruit, but the Wildcats’ team ERA is 6.22. That’s the worst in the Big Ten, and there’s a lot of work to be done there.

Regardless, there’s no doubt that there are some talented pieces in this lineup, and there are some signs of hope that the ‘Cats can dig themselves out of the cellar next season.