Way Back Wednesday: The Wildcats in 1992 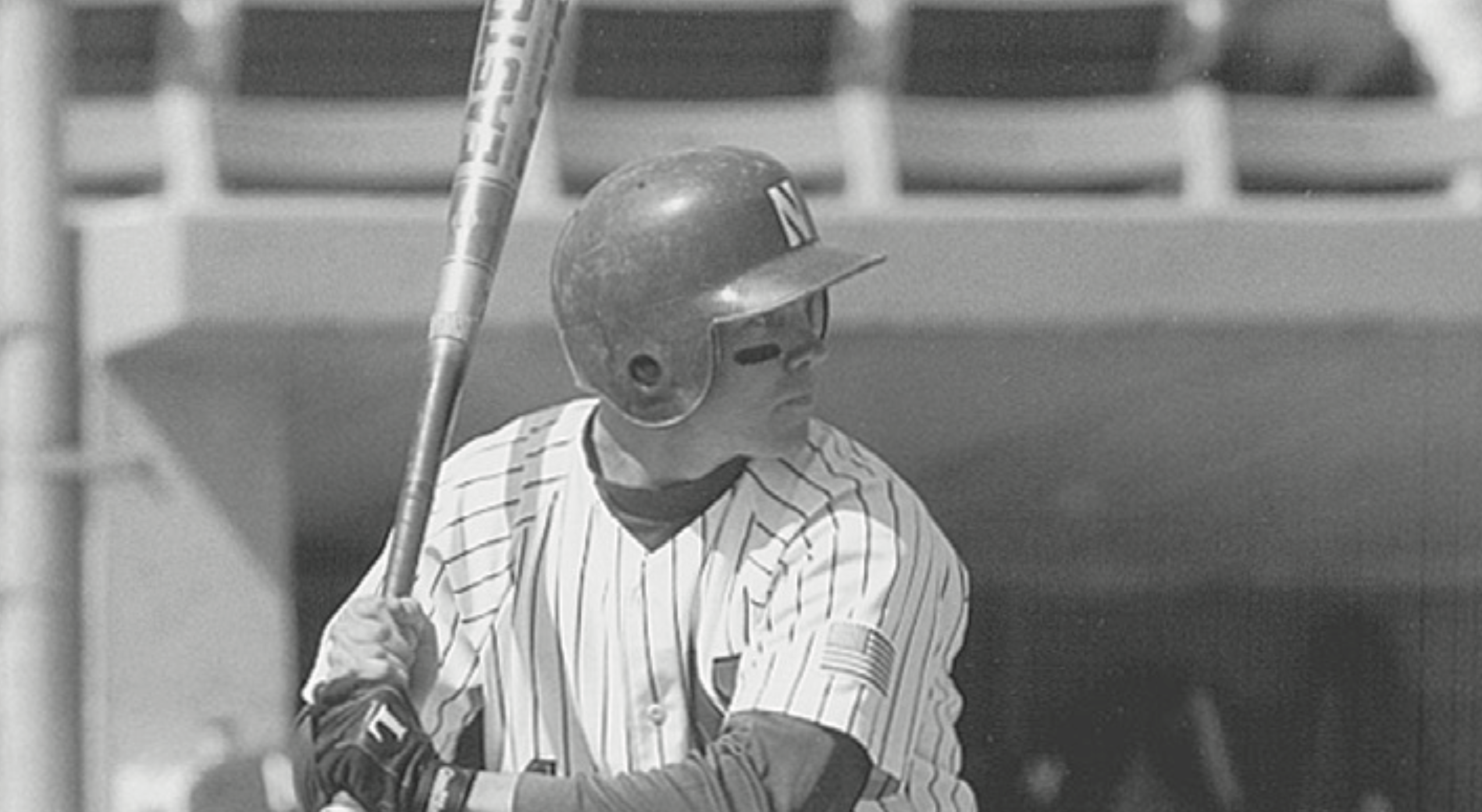 Mark Loretta was a Wildcat standout before moving on to the big leagues. Photo Credit: Northwestern Athletics

A three game sweep of Purdue over the weekend was a welcome sight for Northwestern baseball.

Amid a tumultuous year, Northwestern’s three wins over the Boilermakers ended a seven game losing streak and secured the Wildcats’ first series win of the season. And yet, record-breaking futility is still a possibility.

The Wildcats need to finish 4-3 in their final seven games to avoid a school record 38 losses, which was set back in 1992. While the record was woeful, however, good fortune came  for the Northwestern baseball in other ways.

On the field, this year wasn’t that notable. NU had a 3-8 record in ‘92, highlighted by two wins in the final month of the season (over Illinois and Wisconsin) by a combined three points.

This was a year before Pat Fitzgerald began his reign at linebacker for the Purple and White, and it showed; the defense allowed north of 230 rushing yards and nearly three rushing scores per game.

While Len Williams starred at quarterback, it was his top target Lee Gissendaner who made the most noise. In ‘92 Gissendaner led the team with 846 receiving yards en route to a Big Ten and Associated Press first-team wide receiver. He was a sixth round draft pick of the Houston Oilers in ‘94, but would only play in the Canadian Football League for a couple of years.

It was also the first season in Evanston for head coach Gary Barnett, who replaced Francis Peay. It was an inauspicious start for Barnett, but the ‘Cats would be Rose Bowl-bound only three years later.

The team was led in the circle by Michele Hawkins, who tossed 27 complete games in ‘92. One of those complete games was a no-hitter against Valparaiso, one of five she would throw during her Wildcat career. Her 45 pitching appearances that season are tied for the fifth-most in program history.

On a more obscure note, the ‘92 ‘Cats also recorded one of only four ties in program history, a 5-5 draw with Northern Illinois on April 21. Only one other tie has come since for Northwestern softball; it was during Kate Drohan’s first season as head coach in 2002.

Yes, the ‘92 Northwestern baseball team was, in a word, bad. Its 18-38 season included a fourteen game losing streak that lasted most of the month of April. But hope wasn’t completely lost.

Loretta led the team in runs scored in ‘92, but that wasn’t even his best season. The following year, Loretta hit .408 with 12 doubles and 38 runs scored, becoming Northwestern’s first and only Big Ten Player of the Year honoree. Loretta would also be named a First Team All-American and First Team All-Big Ten. He was drafted by the Milwaukee Brewers in 1993, where he stayed until 2002.

Joe Girardi should come to mind when people think about the (albeit few) all-time baseball greats whose careers began at Northwestern. That being said, Loretta is right at the top of that list as well.

So Northwestern may continue to struggle in Spencer Allen’s first season as head coach. If anything, Loretta proves there could be a diamond in the rough somewhere along the way.