Three baseball players to watch down the stretch 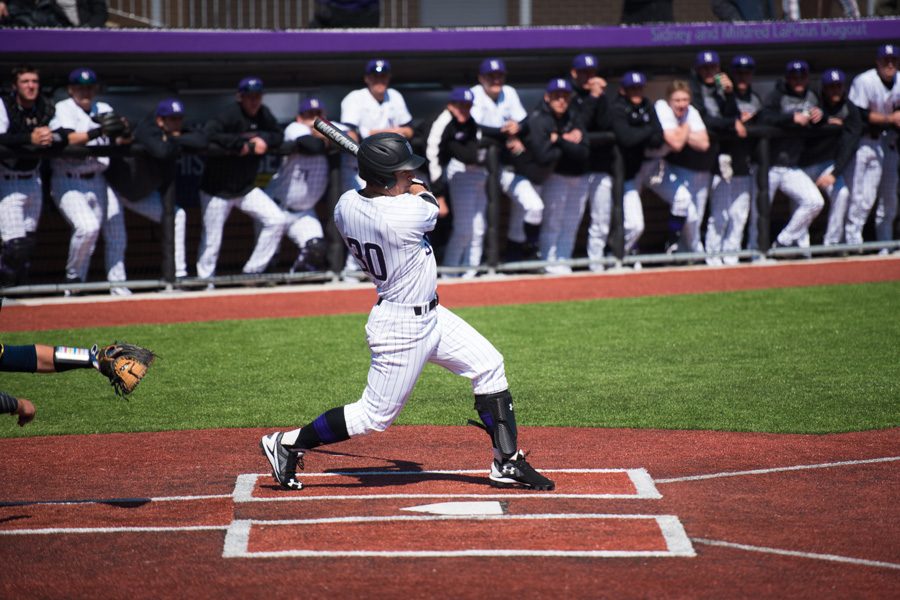 As the baseball team prepares to play its final two series of the season, it’s fair to say that the outcomes of these games don’t mean much at all for Northwestern. Their sweep over Purdue last weekend already showed that they aren’t the worst team in the Big Ten, but their 13-34 record is still disappointing.

However, these last seven games provide a valuable opportunity for Northwestern to continue developing talent, and some late-season performances could impact player roles for the 2017 season. Here are three players specifically to keep an eye on in these last two series:

Hoscheit has been a staple in the middle of the Wildcats’ lineup all year, but he’s really picked up his bat lately. In his last 17 games, Hoscheit is hitting .350 with four home runs, increasing his season average to .299. His seven home runs this season leads the team, and his .490 slugging percentage is second behind Matt Hopfner.

This power surge was somewhat unexpected coming into the season, as he hit seven home runs combined in his first two seasons with Northwestern. His slugging percentage has also seen a big spike, jumping up from .417 last season.

He’s also struck out in just 14 percent of his at bats this year, the lowest percentage among all qualified hitters on the team. That’s also an improvement on his 17 percent mark last season.

There’s no doubt that Hoscheit will be an everyday player on next year’s team, but it will be interesting to see if this recent hot streak is sustainable or not. Is this just a couple weeks of him seeing the ball well, or has he made some fundamental adjustments that will carry into next season?

Regardless of how he finishes the season, the Wildcats have to be pleased with the production that they’ve gotten out of their freshman second baseman. Bourbon has played every game this season and has put together a respectable .264/.366/.367 slash line. However, Bourbon has been in somewhat of a slump in the last month. He ended March with a .284 batting average, but has hit just .243 since then.

The biggest concern with Bourbon this year has been his strikeout problem, which also picked up considerably in April. He leads the team with 62 strikeouts this season, a ridiculous 37 percent of his at bats, and 28 of those strikeouts came in April. For perspective, fellow freshman Jack Dunn is second on the team with 32 strikeouts.

To Bourbon’s credit, he has cut down on the strikeouts slightly of late, with just six strikeouts in his last eight games. We’ll see if that was just him making better contact against weaker competition or if he has worked out whatever struggles he was having in April. But even with the strikeouts, Bourbon is a huge key to the Wildcats’ future in the infield.

Last Sunday, Bordignon had one of his best games of the season, throwing 5.1 shutout innings against Purdue. Granted, the competition level was quite low, but that strong outing wasn’t his only one of the year. In eight of his 18 outings, he has not allowed an earned run, and for Northwestern pitching this season that’s pretty good. His .209 batting average against leads the team, and his 4.15 ERA is tied for fourth-best.

This has been a big step-up in production from Bordignon this season, after posting a disastrous 9.13 ERA in his freshman year. He’s also improved on his walk problem from last year lowering his BB/9 from 9.7 last year to 5.2 this season. That’s still not great by any measure, but it’s a noticeable improvement.

Bordignon has also filled almost every role imaginable for the ‘Cats this season. He started on Sunday, but also has two saves this year. He’s been used to come in and clean up the mess, or to shut the door in a one-run game. It will be interesting to see how Spencer Allen uses Bordignon in these final two series. Will he start again, or will they try to have him focus on bullpen work? Either way, his improvement this season has earned him a prominent role on next year’s pitching staff.