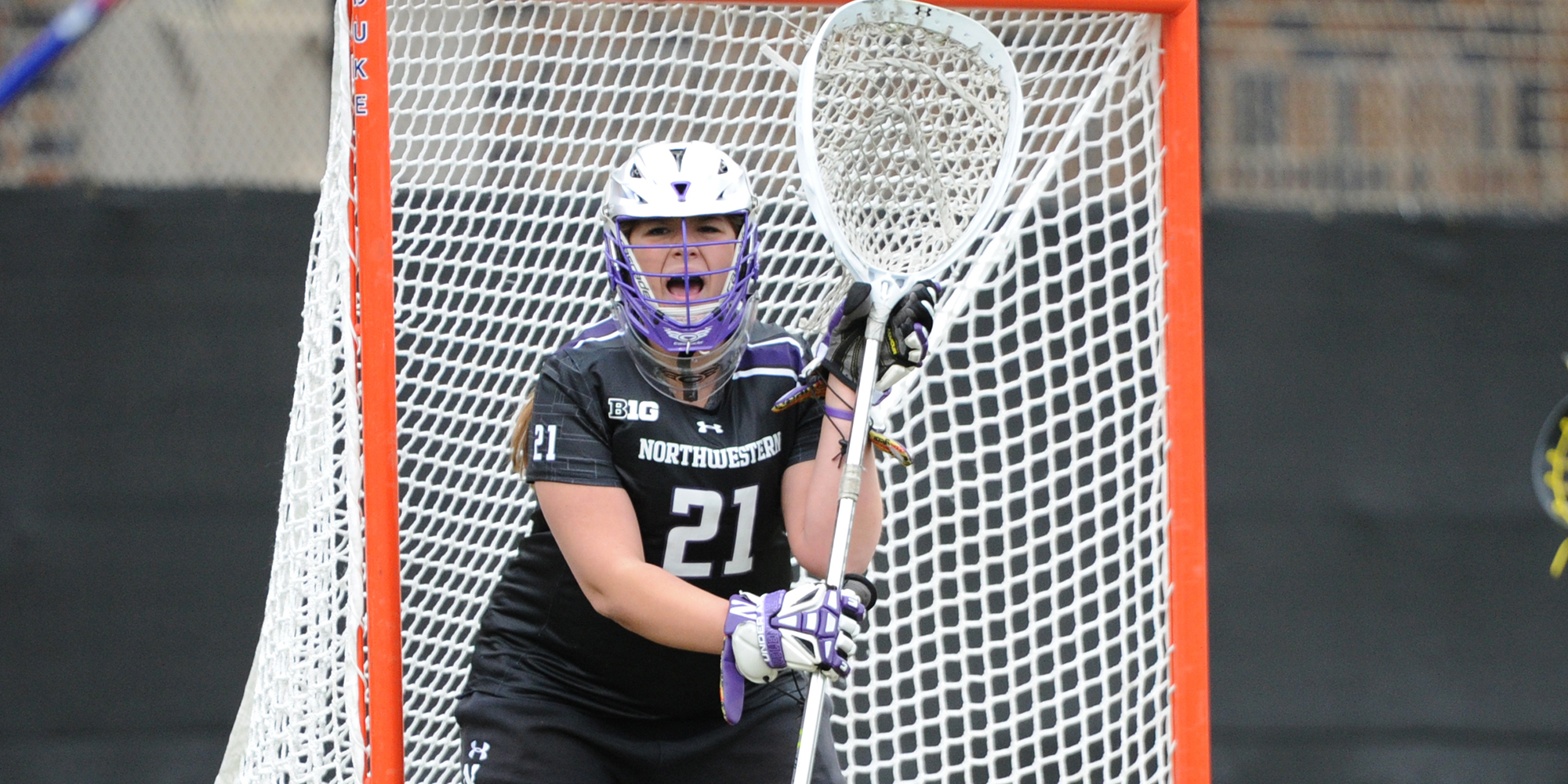 After making 12 saves against Louisville last night, Mallory Weisse will look to lead the Wildcats to the Quarterfinals tomorrow. Photo Credit: NU Athletics

After a 15-5 win over Louisville last night, Northwestern has its eyes set on a spot in the NCAA Tournament Quarterfinals. Standing in their way are the Notre Dame Fighting Irish. The Wildcats and Irish have history, both this year and overall. This season, in one of their best regular season performances, Northwestern upset then 5th-ranked Notre Dame 17-12 on April 10th. Overall, the Wildcats and Fighting Irish have met 20 times, with the Wildcats winning 17 of the 20, and 17 of the last 18 matchups.

Against the Cardinals, Mallory Weisse’s play in goal was instrumental in the Wildcats’ victory. The freshman made 12 saves, limiting the potent Louisville offense to just 5 goals. She’ll face an even stiffer test against the Irish tomorrow.

Notre Dame is led by Cortney Fortunato, who has scored 58 times this campaign, and assisted on another 26. Northwestern used Ally Mueller to face guard against Louisville, it will be interesting to see if the Wildcats try to take Fortunato out of the game with a face guard tomorrow afternoon. If Fortunato fails to make an impact, it will be up to the rest of Notre Dame’s talented offense, which includes 5 other players who have scored more than 20 goals this season, to get the job done.

For Northwestern, the biggest question mark is the status of Christina Esposito, who went down with an injury near the end of the 1st half against Louisville and didn’t return to the game after that. If Esposito can’t go, it will be up to Haley Ciklin and Corinne Wessels to fill her spot in the offense.

When these two teams met in April, Notre Dame scored two quick goals to open the contest, but Northwestern answered with a 10-1 run. The Irish rallied in the second half, at one point cutting the Wildcat lead to 11-8, but Northwestern was able to score key goals down the stretch to secure the win. Fortunato scored 5 times for the Irish, and assisted on another 2. Selena Lasota led the Wildcats with 5 goals, while Esposito chipped in 4, and Shelby Fredericks had 3.

The story on that afternoon was the draw control circle. In the first half, the Wildcats won 12 of the 13 draws, which allowed them to build such a big lead. In the second, the circle was more even, which allowed the Fighting Irish back into the game. If Northwestern’s Shelby Fredericks can limit the dangerous Barb Sullivan in the draw circle, the Wildcats could be on their way to the quarterfinals. However, if Sullivan can control the circle, giving Fortunato more possessions to work with, the Fighting Irish may see their home field advantage pay off in a big NCAA Tournament win.

WNUR Sports will have live coverage of tomorrow’s game from South Bend, with Austin Miller and Ben Goren on the call. First draw is scheduled for 1:00 CT, and you can listen on 89.3 FM in the Evanston-Chicago area, or online at wnursports.com around the world.