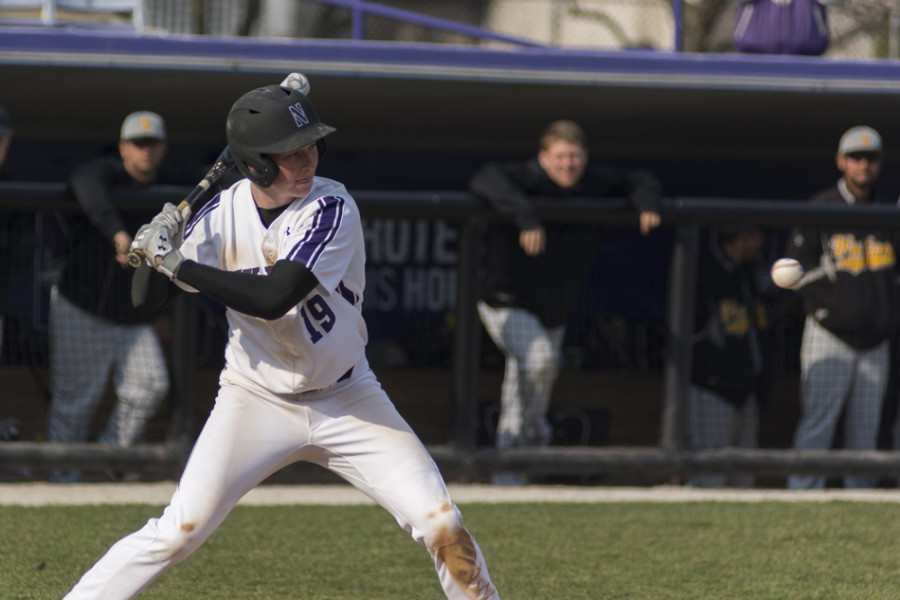 After a downright embarrassing beatdown from the Cal Bears in a four-game series, the Wildcats are stumbling into their final series of the season, a three-game set at Rutgers. As their season comes to a merciful end, the ‘Cats continue their focus on evaluating talent, rather than game-to-game outcomes.

In that process of looking towards next year, the ‘Cats will be without senior first baseman Zach Jones, who will be playing his final three games this weekend. Jones has been a staple in the no. 2 spot in the Wildcats batting order all year. Northwestern will need a new no. 2 hitter next year, and these essentially meaningless games provide an ideal opportunity to do so.

So why Hopfner in the two spot? He’s batted third all year and has had lots of success in that spot, hitting .360 with a .934 OPS.  Hopfner is  clearly the ‘Cats best overall hitter and will most likely start next season with that same title.

However, I’m a believer in the sabermetric principle that the team’s best hitter should bat second. While that “s”- word might scare some of the more traditional folks away from the idea, it’s really quite simple. Over the course of a season, the second hitter gets more plate appearances than the third hitter, and the team would rather give those extra at bats to their best hitter.

This is an idea that is still working its way into the mindsets of MLB teams. Some teams, like the Los Angeles Angels of Anaheim, have no problem batting their best player (Mike Trout) second for every game. However other teams still like to go with the traditional approach of a weaker hitter second followed by their best hitter third.

Hopfner is also really good at getting on base. His .450 OBP is the fifth-best in the Big Ten, and it just makes more sense to move him up higher in the order.

This means no disrespect to Jones, who has put together four very productive seasons for the ‘Cats in his time at Northwestern. He’s still one of the team’s better hitters and completely deserved to get regular playing time all season. He should still absolutely get the starts in this last series of the year, and he probably won’t look at a move to the no. 3 spot as a demotion.

Although it would just be for this three game series, it would be interesting to see how Dunn and Hopfner back-to-back at the top of the order works. Sometimes certain combinations click really smoothly, but sometimes they don’t. It’s a great setting for a trial run, and it could prompt the team to run with that combination again next season.