Wildcats top Oklahoma State in first round of Athens regional 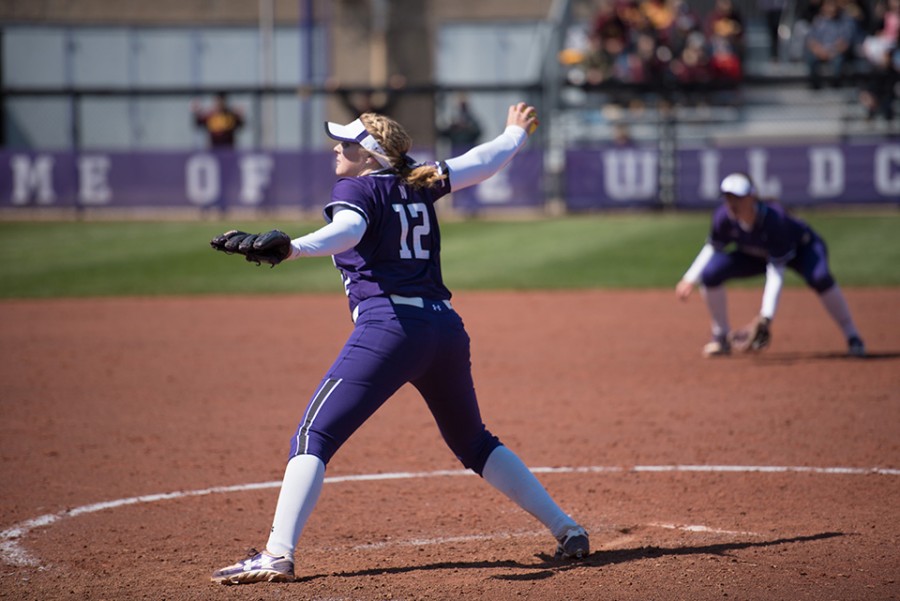 It took until the final inning of play, but Northwestern softball (27-26, 15-8 Big Ten) managed to scrape out a 2-1 win over Oklahoma State (29-25, 6-11 Big 12) in the first game of the NCAA Softball Athens Regional Friday afternoon. The win puts them in great position moving forward in the double-elimination tournament.

The Cowgirls kicked things off early. Northwestern starter Kristen Wood walked the leadoff batter and allowed a single to the next one, but looked to be in good position to escape from a first inning jam with runners on second on third and two outs. But then catcher Sammy Nettling’s throw to third bounced away, allowing Vanessa Shippy to score from third and giving the Cowgirls a 1-0 lead.

It didn’t take the Wildcats long to respond. Amy Letourneau led off the second inning with a single, and ended up at third following back-to-back groundouts. Then Fran Strub finished it off, scoring Letourneau on a bunt single, leveling the score at one apiece.

Neither team really threatened again until the fifth. With Letourneau replacing Wood in the circle, Maddie Holcomb led off with a triple. Letourneau then hit the next batter, who advanced to second on a groundout. Facing a major jam, Letourneau struck out the following batter and then adeptly caught a popup herself to escape the inning unscathed.

Northwestern threatened the following inning, but Oklahoma State starter Kacy Freeze responded with some clutch pitching of her own. With one out, Morgan Nelson doubled and then advanced to third on a single by Andrea Filler, who advanced to second on the throw. With the ‘Cats in business, Freeze got Letourneau to ground into a fielder’s choice and then got Nettling to ground out, ending the threat and keeping the game tied at one.

But the ‘Cats were able to transfer that momentum into the seventh. Strub singled with one away, and then with two away Krista Williams drew a four-pitch walk. A wild pitch from Freeze put both runners in scoring position, and then Sabrina Rabin did what she does best: get on base. She dropped a single between the pitcher’s circle and home plate, and Strub scampered home, giving the ‘Cats a 2-1 lead.

In the bottom of the seventh, Letourneau locked it down, working out a hit batsman by striking out a pair, and clinching the 2-1 win for the Wildcats.

As has been the case lately, Northwestern’s pitching was rock solid. Wood allowed just one unearned run in four innings, while striking out four and walking three. Letourneau improved to 15-10 with three scoreless innings of relief, striking out four and allowing just one hit, though she did hit a batter four times. Freeze was solid for Oklahoma State despite the loss, allowing just two runs and inducing 15 Wildcat groundouts.

The win puts the Wildcats in great position moving forward in their regional tournament. They’ll now face the winner of this afternoon’s second matchup, Maine and Georgia, the latter of which is the nation’s no. 16 seed. A loss in the match would mean the ‘Cats are still alive in the tournament, but a victory in this first match will really help their cause going forward.