Big Ten baseball awards — who should have won? 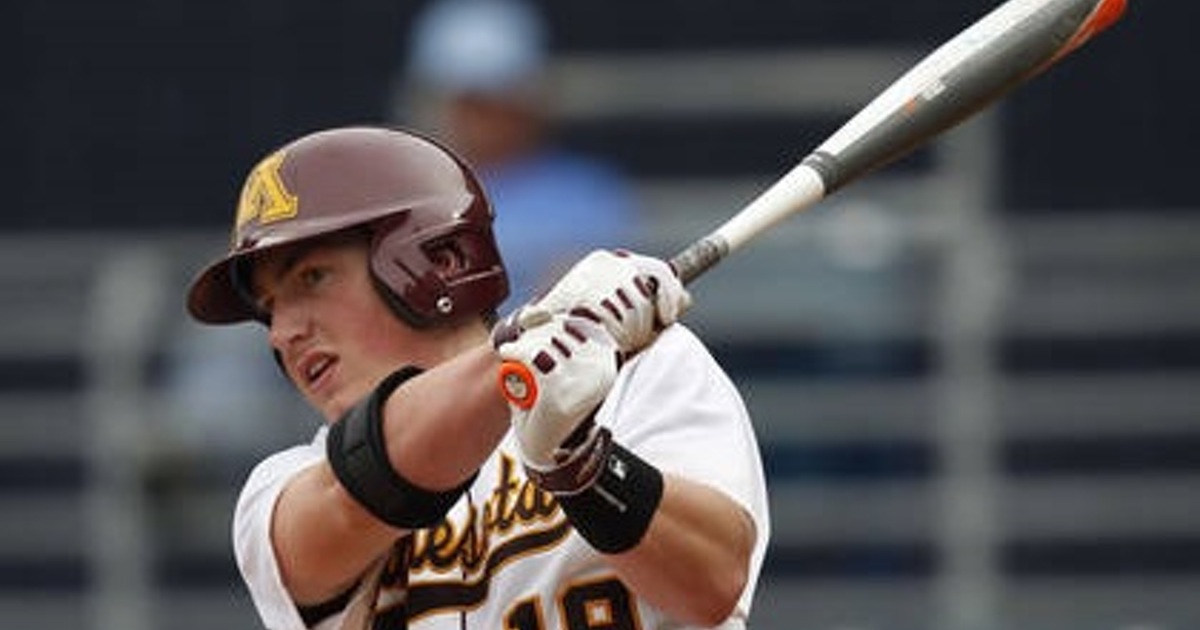 Brian Wicker/Courtesy of University of Minnesota

Although the season is still going for some teams (not for Northwestern) it’s still nearing the end for most of the Big Ten teams. And that means it’s awards time! Every year the Big Ten awards a Player of the Year, Pitcher of the Year, Freshman of the Year and Coach of the Year. The conference announced the awards on Tuesday, but these are my picks for who should, not have won each award. (Spoiler alert: Northwestern doesn’t quite cut it on this list)

Big Ten Player of the Year

Who should have won: Austin Athmann, C Minnesota

Fielder was great, but I don’t think was even the best player on his own team. Athmann doesn’t lead the Big Ten in batting average, on base percentage or home runs, but his overall performance makes him the best player in the conference. First of all, he’s a catcher, so getting top-tier offensive production from the catcher spot is incredibly valuable.

Also, after two rather pedestrian seasons where he hit .282 and slugged .337, he took off this year, finally unlocking his potential. Athmann’s hot May where he’s hit over .400 lead the Golden Gophers to the top seed in the Big Ten tournament. He’s also put himself on the map as a potential 1st-round MLB draft pick this June.

Fielder, despite having the higher average, doesn’t have the same power as Athmann, and his performance on the mound wasn’t anything special. His ability to play both ways might have been what earned him the award, but he was just the third best starter on his team. A great season, no doubt, but not quite as good as Athmann’s.

Big Ten Pitcher of the Year

Who should have won: Sedlock

Sedlock won the Big Ten strikeout title by 15 K’s, showing why he’s the highest projected MLB pitching prospect out of the conference. Although he was beat out for the conference ERA title (among starters) by a small margin (.21 ERA), his ridiculous strikeout total and very low batting average against more than make up for that difference. The 6’4’’ right-hander has a fastball with good sink in the mid-90s, and mixes in both a curveball and a slider. All of that makes him a possible top-50 pick in June, and clearly deserving of the Big Ten Pitcher of the Year honors.

Big Ten Freshman of the Year

Who should have won: Marty Costes, OF Maryland

It’s always difficult to compare pitchers and position players, but this award shouldn’t have been too hard to pick. Costes showed more power than any other freshman, while getting on base at a nice clip as well. That well-rounded year at the plate was clearly the best hitting performance of all freshmen in the conference.

Although Luensmann pitched well, the walks were a bit of a problem, and his impact was somewhat limited. I don’t value closers too highly, as most of them tend to be replaceable or have massive flaws in their game. Luensmann still had a nice year, but I just don’t value his performance nearly as much as I do an everyday player’s. I would understand giving him the award if there were no good position player freshmen, but Costes had a great year.

Big Ten Coach of the Year

Who should have won: Anderson

The Golden Gophers didn’t come into the season with the same high expectations as Illinois, Maryland, Michigan and others, but Anderson lead his team to the no. 1 seed in the Big Ten tournament. Also, look back at the two top candidates for Big Ten player of the Year. Both are from Minnesota, and neither one would have been in that conversation at the beginning of the year. The development of those guys and the program as a whole makes Anderson the clear choice for this award.