Way Back Wednesday: The Wildcats in 1998 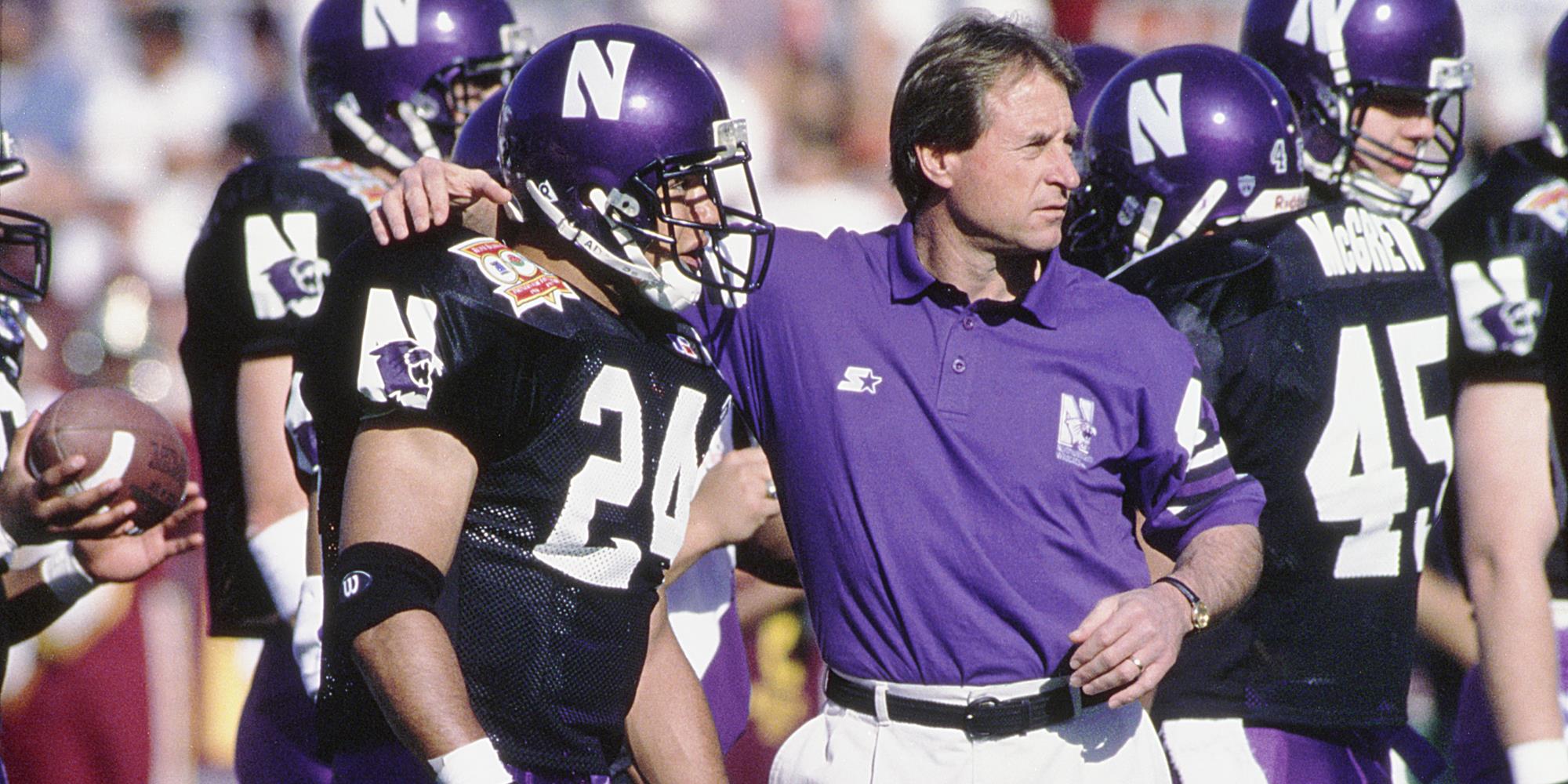 WNUR’s coverage of Northwestern spring sports is essentially over and the month of June is upon us. So yes, I’m in full NBA Finals mode right now.

In case you live under a rock, Golden State rallied from a 3-1 series deficit, eventually topping Oklahoma City in seven games. The Warriors now move on to the Finals, where they’ll try to beat the Cleveland Cavaliers for the second straight year.

It’s the first NBA Finals rematch in consecutive years since… the Heat and Spurs met in 2013 and 2014. Going back to either of those years doesn’t quite fit the “Way Back” mold, however. The last Finals rematch in back-to-back years before that? That would be Michael Jordan’s Bulls topping the Utah Jazz for the second straight year, back in 1998.

While Chicago’s NBA team was finishing its dynasty, Chicago’s Big Ten Team had some notable moments as well. With that in mind, our final Way Back Wednesday of the quarter takes a look at the state of Northwestern sports in 1998.

If we talk about the ‘97-’98 ‘Cats, there truly isn’t much to discuss. Despite it being Northwestern big man Evan Eschmeyer’s junior (and arguably best) season, the Wildcats went only 10-17 and 3-13 on conference play.

A stretch of six straight losses before the Big Ten Tournament nearly pushed the ‘Cats out of postseason play entirely. Northwestern would respond with a win against Penn State in the conference tournament opener, before nearly upsetting the No. 2 team in the nation, Michigan State. The Spartans would escape with a two-point victory in that game and eventually advance to the FInal Four, while Northwestern would go on to lose its opening round NIT matchup with DePaul to end the season.

It was a season where the ‘Cats most likely were thinking about what could have been when all was said and done. Not only did Northwestern have that late losing streak, but six of the Wildcats’ losses were decided by six points or fewer or in overtime, including the team’s last two games of the season.

Eschmeyer was still the team’s most impressive player, and it wasn’t close. He led the team in points (19.6) and rebounds per game (10.1), and was second on the team in assists per game (2.6). He more than doubled the number of points on the season from the second highest scorer (David Newman), and remains one of the best big men in program history.

After Eschmeyer’s departure, Northwestern naturally took a bit of a downturn. O’Neill was fired after a 5-25 campaign the following year, and the ‘Cats wouldn’t make the NIT again until 2009.

What happened in the world of Northwestern women’s soccer in 1998? Oh, only the program’s best season ever.

Northwestern went an unprecedented 16-5-1, advancing to the NCAA Tournament for the second time in three years. It was also the season in which the ‘Cats advanced furthest in the Tourney, making it all the way to the Sweet 16 before losing a 1-0 game to eventual national champion Florida.

Before being knocked out, Northwestern won a couple of nail-biters in the postseason. The ‘Cats topped Evansville 2-1 in double overtime in the tournament opener before winning a 6-5 shootout at Baylor in the second round.

Under head coach Marcia McDermott, the ‘Cats would lose consecutive games in ‘98 only once. The team posted a nine-game winning streak in the season’s opening stages, waiting until the 11th game of the season to take its first loss.

Katie Hertz and Brooke Bell led the team with seven goals each in ‘98, while Kristen Palmer set a program record an 11-assist campaign. The team’s 339 shots in 1998 are the most the team has ever had in a season, and the ‘Cats’ 37 shots in an October game against Loyola are also a team record.

This was actually one of the least notable NU teams of 1998, and yet the season was still important in the larger sense of the football program.

Northwestern finished only 3-9 in 1998, going winless in conference play. The Wildcats’ only wins came against UNLV, Rice and Hawaii, the latter coming in the season finale at Aloha Stadium.

It was the freshman season for running back Damien Anderson; the future Wildcat star led the team statistically on the ground, but did so rushing for only 537 yards and four touchdowns.

Why did 1998 matter for the ‘Cats, then? It was the final season for head coach Gary Barnett, who resigned after the season and became the head coach at Colorado the following year.

Barnett was an assistant at Colorado before coming to Evanston, where he led a renaissance of sorts for the Purple and White. Barnett’s 35-45-1 record in seven years as the Wildcats’ head coach seems relatively unimpressive. But back-to-back Big Ten titles in ‘95 and ‘96, including a trip to Pasadena that served as the ‘Cats’ first bowl appearance in nearly 50 years, secured Barnett’s place in Northwestern lore.

More than anything, Barnett led Northwestern into its first real period of success on the football field in nearly half a century. The mid-90’s changed the program’s culture of perpetual losing into one of competitiveness. Although many would argue that Northwestern has yet to make the jump to an elite football program, that competitive edge feels like it’s here to stay.