Trevor Siemian an option for the Broncos? 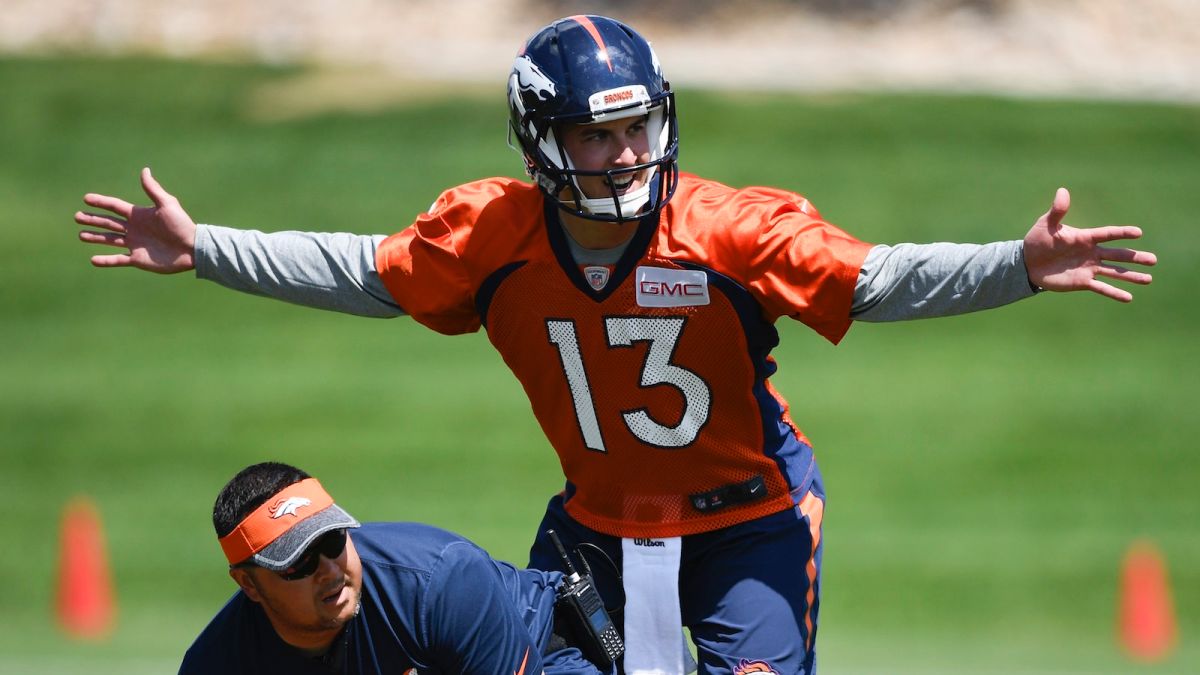 Touchdown Trevor Siemian, a super bowl champion and former Northwestern quarterback, spent most of last season as a third-stringer. Denver Broncos head coach Gary Kubiak told people not to sleep on Siemian to win the starting quarterback job for the 2016 season.

The Broncos did use a first-round draft pick on former Memphis quarterback Paxton Lynch, and they traded for veteran Mark Sanchez as well. While the other two names might garner more national attention, that isn’t the case in Evanston and apparently it isn’t the case for Kubiak either.

Siemian is the only quarterback on the roster who knows the Broncos system from last year, and he is the only one with a Super Bowl ring. Last season, Siemian played only one snap…and took a knee. But that still counts as a game played!

In all seriousness, it’s probably not too likely that the Broncos decide to roll with Siemian as their opening day quarterback. They decided to bring in two different quarterbacks, including one that they presumably want to use as a franchise centerpiece for the future (Paxton). That implies that they probably don’t have too much confidence in Siemian to be their guy.

However, the argument for Siemian to take the quarterback would involve a plan to ease Paxton into the league. Many coaches and organizations are skeptical to throw their prized rookie quarterback into the fire in week one. The Broncos may want to give Paxton some time to learn the system and go with a more experienced option instead.

That’s where Sanchez comes in. The 29-year-old has had some good moments in the league, and lots of bad ones. At this point he’s probably just a backup quarterback, but he’s played in 75 career games and that might give him an edge over Paxton and Siemian.

But it sounds like Siemian has impressed in the early team workouts, and if he carries that performance into preseason play, he might edge out Sanchez on the depth chart.

To summarize, Siemian would need a few things to break the right way to even have the opportunity for the starting job. I think the most likely scenario involves the Broncos going with Paxton in week one. He’s undoubtedly the most talented quarterback on the roster, they used a first-round pick on him, and for a team that will be fighting the much-improved Oakland Raiders for the division title, every game will be crucial. They’ll have to hope that he can learn on the job and that he won’t need an adjustment period.

So despite Kubiak’s comments, I think Siemian’s chances of earning the starting job are pretty slim. However, I could very well see him impressing the staff even more and surpassing Sanchez for the backup role. If Lynch struggles early, there’s a reasonable chance that Touchdown Trevor could see more than one NFL snap this season.