Posted on June 8, 2016 by Austin Miller Leave a comment 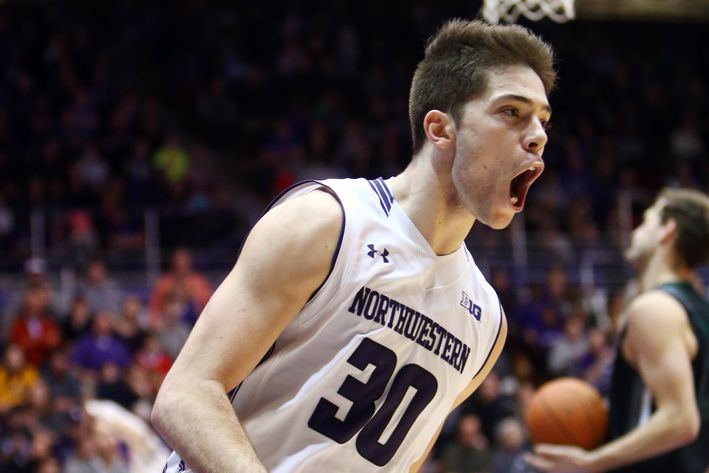 Heading into today’s announcement, we knew about games with Dayton at the United Center, Wake Forest as part of the ACC/Big Ten Challenge, and a trip to Butler as part of the Gavitt Games. As well, it was confirmed that Northwestern would take part in the Legends Classic in Brooklyn, playing two games against some combination of Texas, Notre Dame, and Colorado. Reports also indicated that the Wildcats would play Bryant as part of the Legends Classic, and host DePaul on December 3rd. The DePaul game was confirmed in the announcement today, while Northwestern’s game with Bryant, and another opponent in the Legends Classic (either Seattle, Eastern Washington or Louisiana Monroe), will be confirmed at a later date.

That left just a handful of games, which were confirmed today. The Wildcats will host Mississippi Valley State on November 11th in the regular season opener, New Orleans on December 11th, Chicago State on December 14th, and IUPUI, and Houston Baptist, on December 20th and 22nd respectively. The university also announced that Northwestern will host Illinois-Springfield in an exhibition on November 4th.

As our own Michael Stern noted earlier today, a team’s non-conference schedule can make all the difference in determining their fate come March. Already, this Northwestern team is a step ahead of last year’s thanks to the improvement in their non-conference schedule. However, while Chris Collins’ team will play a tougher schedule RPI-wise than last season, there are still a number of RPI land mines sitting in this schedule.

Of the five home games confirmed today, three come against teams that finished in the bottom 25 in the RPI last season: Mississippi Valley State, Chicago State, and New Orleans. Only one, IUPUI, finished in the top 200. On top of that, Bryant, who was not confirmed on the schedule, but is reportedly one of the two Legends Classic home games, also finished with an RPI over 300 last year. With Wake Forest and DePaul ranking near the bottom of the table as far as power conference teams are concerned, Northwestern’s lone opportunities to notch marquee victories appear to be at the Legends Classic in Brooklyn, against Dayton at the United Center, and in a trip to Indianapolis to face Butler.

Yet again, Chris Collins seems to have handcuffed his team as far as non-conference scheduling is concerned. While this schedule is an improvement over last year’s, there are still few opportunities for the Wildcats to help their cause, and plenty to hurt it. It will once again almost certainly come down to Northwestern’s performance in the Big Ten to determine their fate come March.