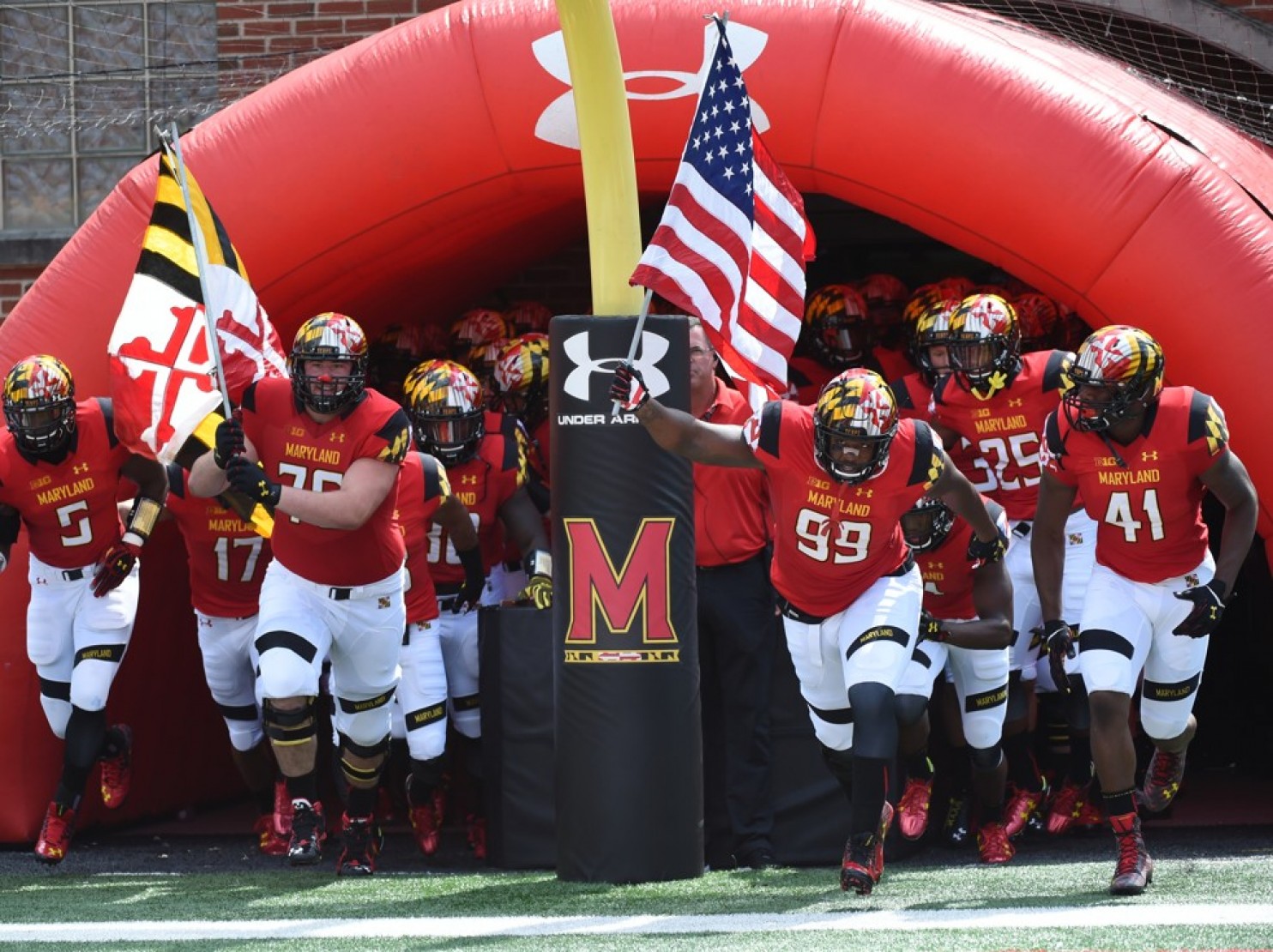 This past offseason was one filled with many changes for Maryland football, as former Michigan defensive coordinator D.J. Durkin was hired to lead a program that had just wrapped up a dismal 2015 season. Maryland went 2-2 in nonconference play, beating up on Richmond and South Florida but getting crushed by Bowling Green and West Virginia. Then, after losing routs to Michigan and Ohio State to begin Big Ten action, Randy Edsall was fired and former assistant Mike Locksley took his place.

The Terrapins would lose five more conference games before salvaging the campaign with a wild 46-41 win over Rutgers in the season finale. Durkin was hired soon thereafter and built a coaching staff with multiple respected former head coaches, including Mike London and Pete Lembo (whose Ball State team lost to Northwestern last season). Arkansas State’s Walt Bell was hired to run the offense while Kentucky’s Andy Buh was brought in to head the defense.

Even though Durkin has yet to coach Maryland in an actual game just yet, recruiting has already picked up for the Terrapins. A couple of 4-stars and a 5-star (DE Joshua Kaindoh from IMG Academy in Florida) have pledged to come to College Park and more top recruits have Maryland on their short lists.

Offense: Durkin probably wishes his predecessor left some more talent in the cupboard on the offensive end, especially at quarterback. Maryland’s tandem of Caleb Rowe and Perry Hills (with some Daxx Garman and Shane Cockerille too) combined to lead the nation’s 109th-best passing offense (out of 127 FBS programs) in terms of yardage in 2015. But, perhaps most shockingly, Maryland signal-callers threw 29 interceptions, which was the country’s worst mark by six picks. The next highest amount belonged to UCF, which threw 23 interceptions as a team and lost 12 games, winning none.

Rowe and Hills are both back as are their top four wide receivers, so the passing offense shouldn’t (and probably can’t) get worse. Top recruits D.J. Turner and Tino Ellis are also explosive pass-catchers, so they could make an impact as well. The rushing game takes a hit with the graduation of starter Brandon Ross but the talented Wes Brown is returning from a suspension while Kenneth Goins and Virginia Tech transfer Trey Edmunds help complement a potentially explosive backfield. Hills, who ran for over 500 years in 2015, also adds a useful element with speed under center.

Defense: Whenever a team loses three starting defensive players to the NFL Draft — all going in the first five rounds — it’s not an easy task to replace the missed production. Without cornerback Sean Davis, defensive end Yannick Ngakoue and defensive tackle Quinton Jefferson, Maryland will have its work cut out for itself if it wants to be effective in limiting opponent’s scoring. Ngakoue and Jefferson were part of a pretty good front seven that helped the defense notch 35 sacks in just 12 games, constituting the ninth best average in the nation. But, partially due to the insane amount of turnovers made by the offense, the Terrapins allowed a ton of points in 2015, 34.4 per game to be exact (103rd in the country).

The return of Likely will be important for a secondary that — in losing Davis, A.J. Hendy and Anthony Nixon — needs a new starting cornerback and a pair of starting safeties. Davis and Nixon each had interceptions last season to lead the team so guys like Denzel Conyers, Alvin Hill and Jarrett Ross will have to step up in a big way. The pass rush still should be good enough to take pressure off the pass defense somewhat but Ngakoue and Jefferson combined for 20 sacks in 2015, which is hard to make up for.

Special Teams: The Terrapins lose kicker Brad Craddock, one of the best ones in program history, to the NFL after a very productive career in which he won the Lou Groza Award in 2014 for top kicker in the country. The lanky Australian was a very useful weapon for a Maryland team that turned the ball over a ton, so having a reliable kicker really took a load off the offense in the red zone.

As for the good news for Durkin’s special teams unit, star kick/punt returner Will Likely — who is also a pretty good cornerback — returns for his senior season.

Best Case: A weak nonconference slate against Howard, FIU and UCF should provide some early wins as should matchups with perennial Big Ten bottom-dwellers Purdue and Rutgers. If the duo of Rowe and Hills are able to limit their turnovers and let their varied playmakers do their thing, this offense could be pretty good. A bowl berth, mostly owing to Maryland’s favorable overall schedule, is not out of the picture.

Worst Case: Words can’t accurately describe just how bad the passing offense was in 2015, and with the same top two guys in the mix to get playing time, there’s a chance things don’t change that much. If so, D.J. Durkin’s Terps tenure could start out with an upset loss or two that could extend into a season-defining slump in Big Ten play which might lead to another dreadful season in College Park.