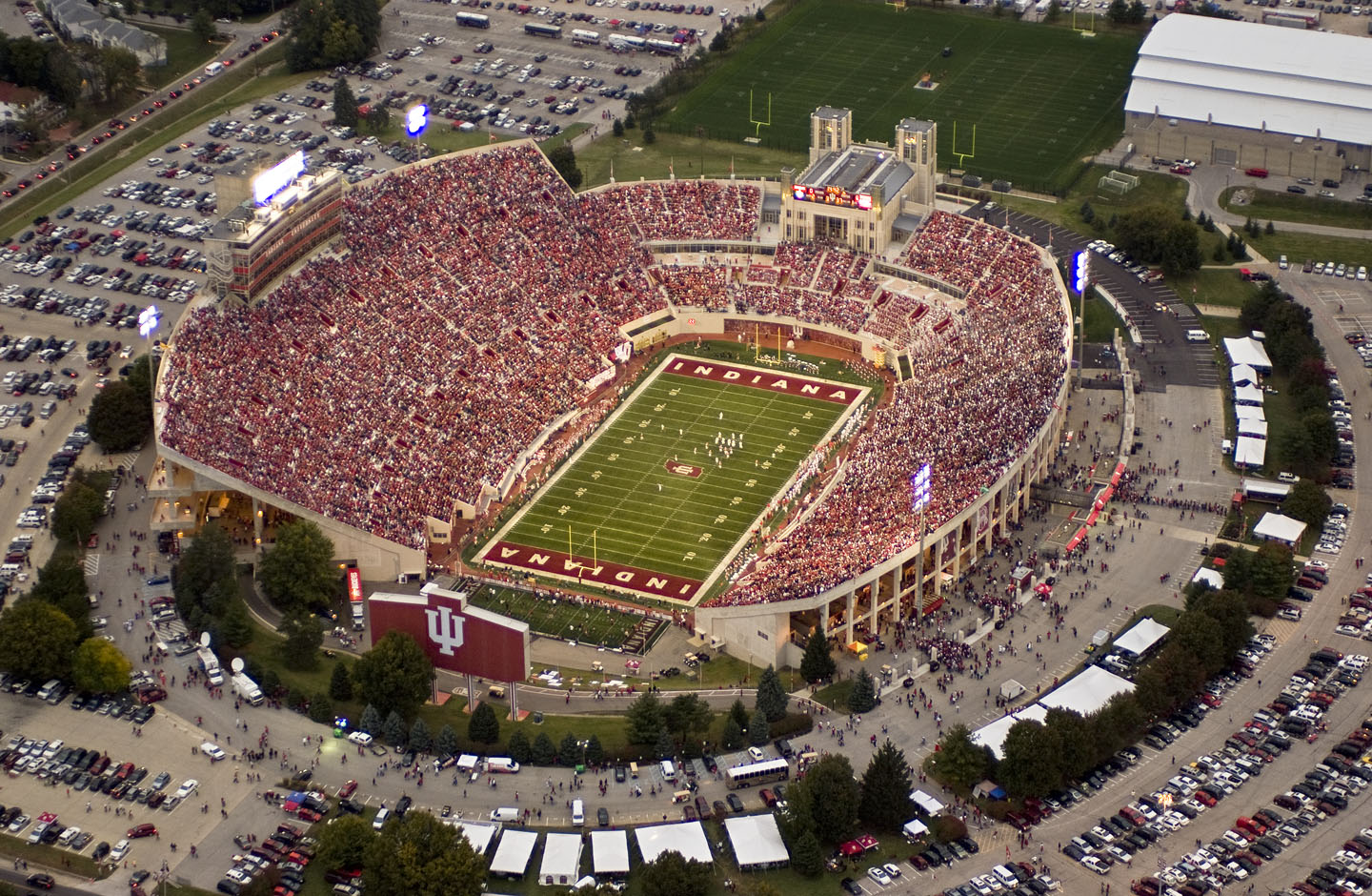 Indiana Head Coach Kevin Wilson is coming into the 2016 season with some good momentum. Just last season, he led Indiana to their first bowl game in eight years but his team was unable to prevail against the Duke Blue Devils. Coach Wilson will be looking to improve on his team’s performance last season, as he looks to grab his first ever bowl win as head coach of a football program. The Hoosiers are seeking to reach that goal by hiring new Defensive Coordinator Tom Allen to fix their shaky defensive situation — the third defensive coordinator during Wilson’s five year reign.

Led by Offensive Coordinator Kevin Johns, the strength of Indiana’s football program no doubt comes from their offense. The Hoosiers last season led the Big Ten with the highest number of points scored per game (36.5). Johns will hope to continue to run up the scoreline next season, but that will be much more difficult without quarterback Nate Sudfeld. Indiana’s biggest and toughest job of the season will be finding the right replacement to fill in Sudfeld’s shoes. Sudfeld completed his Indiana career as the school’s all-time leading passer with 7,490 yards and 58 touchdowns.

The quarterback position is being highly contested amongst two players: Zander Diamont and Richard Lagow. Diamont, a junior, has already had plenty of playing time throughout his career at Indiana. While lacking strength as a passing quarterback, Diamont does add a certain dimension to the run game that nobody else on Indiana’s roster has yet been able to prove. Lagow, a junior college transfer, also appears to be a heavy favorite in the race for the starting position. With a similar build and playing style to that of Nate Sudfeld, Lagow could be the perfect replacement the Hoosiers need.

Unfortunately, the Hoosier’s offensive woes do not end with their quarterback; Indiana will also be losing running back Jordan Howard. Howard, who left a season early for the NFL, was an essential component of Indiana’s offense averaging more than six yards per carry, totaling 1,123 yards with nine touchdowns, and finishing third in rushing yards in the Big Ten last season. Hoosier fans, nevertheless, are hopeful that junior Devine Redding will fill the position just fine. Redding wowed Indiana fans when he ran for 227 yards in the Pinstripe Bowl against Duke. The Hoosiers will most certainly be looking to use Redding a lot this season, but it will be interesting to see how the junior will perform now that he’s in the spotlight.

There is no denying that Indiana lacks a strong defense. In the 2015 season, the Hoosiers were the worst defense in the conference, allowing on average 509.5 yards and 37.6 points per game to their opponents. Indiana is looking towards new Defensive Coordinator Tom Allen, the ex-defensive coordinator for University of South Florida, to solve their problems. Allen is known for implementing a 4-2-5 defense which has been successful in slowing down high-powered spread offenses. This new defensive style could give Wilson and his Hoosier team the boost they need in order to not only win games but also relieve some of the intense pressure placed on his offense.

Allen’s first year as DC will be a very challenging one. Three of last year’s starting defensive linemen, Darius Lathan, Nick Mangieri, and Adarius Rayner, will no longer be playing for the Hoosiers. However, Tom Allen’s 4-2-5 defense may benefit from having such a clean slate. It will allow Allen to mold a defense that is comfortable with his style of play. The secondary could be an issue for Allen, as Indiana possesses a defensive backfield that allowed more than 300 passing yards per game and 32 touchdown passes last season. Cornerbacks Rashad Fant and Andre Brown have a lot of potential but have yet to find their place within the team.

Indiana will be fortunate enough to have kicker Griffin Oakes returning for his third year. The rising junior was the most successful field goal kicker in the Big Ten Conference last year converting 24 of his 29 attempts. Oakes is also incredibly successful on the onside kick with an incredible average success rate of eighty-three percent. The Hoosiers, however, will have to find a replacement for punter Erich Toth. Coach Wilson will look to Joseph Gedeon and Jake Shake to step and fill in for Toth who averaged almost 42 yards a punt his senior year.

Indiana will be searching for a return specialist after Damon Graham completed his final year with the team. The senior was third overall in the Big Ten Conference this past season with 506 return yards. Freshmen running backs Devonte Williams and Ricky Brookins are likely to fill in for Graham due to their speed and agility.

With a six year contract extension, Kevin Wilson has to prove why he is the man who is going to build upon and better this Indiana team. Wilson understands how to play with a strong offense, but his defensive is lacking and dragging the rest of the team down. Now that Wilson is teamed up with defensive guru Tom Allen, the Hoosiers might have a chance to repair their broken defense. If the Wilson/Allen duo blends well, Indiana in the near future could surface in the Big Ten as a real competitor.

Indiana does not have an unbearably hard schedule ahead of themselves this season compared to most Big Ten schools. While games against Michigan State, Ohio State, and Michigan are going to be incredibly hard to win for an unstable and changing team like Indiana; most of the other games on their schedule are legitimately winnable. Right now, Coach Wilson’s goal should be to make it to another bowl game, but this time they need to win. The Hoosier’s season is going to come down to the strength and reliability of their new quarterback, and the strength and reliability of their new defense.

Tom Allen’s defensive style is exactly what the Hoosiers need; they’re able to pressure the opposing offense and force turnovers. Indiana’s offense remains consistent, and they win all of their non-conference games. However, the team then falls to both Michigan State and Ohio State. The Hoosiers, then, bounce back to win all of their conference games with the exception of Michigan and finish 9-3.

Indiana’s defense fails to adjust under Tom Allen, and they continue to concede several points hoping the offense will, once again, come up with enough points to win. The new quarterback does not gel well with the offense, and the Hoosiers lose their ability to score quickly and efficiently. The conference schedule proves to be too much for the team, and they finish the season 4-8.