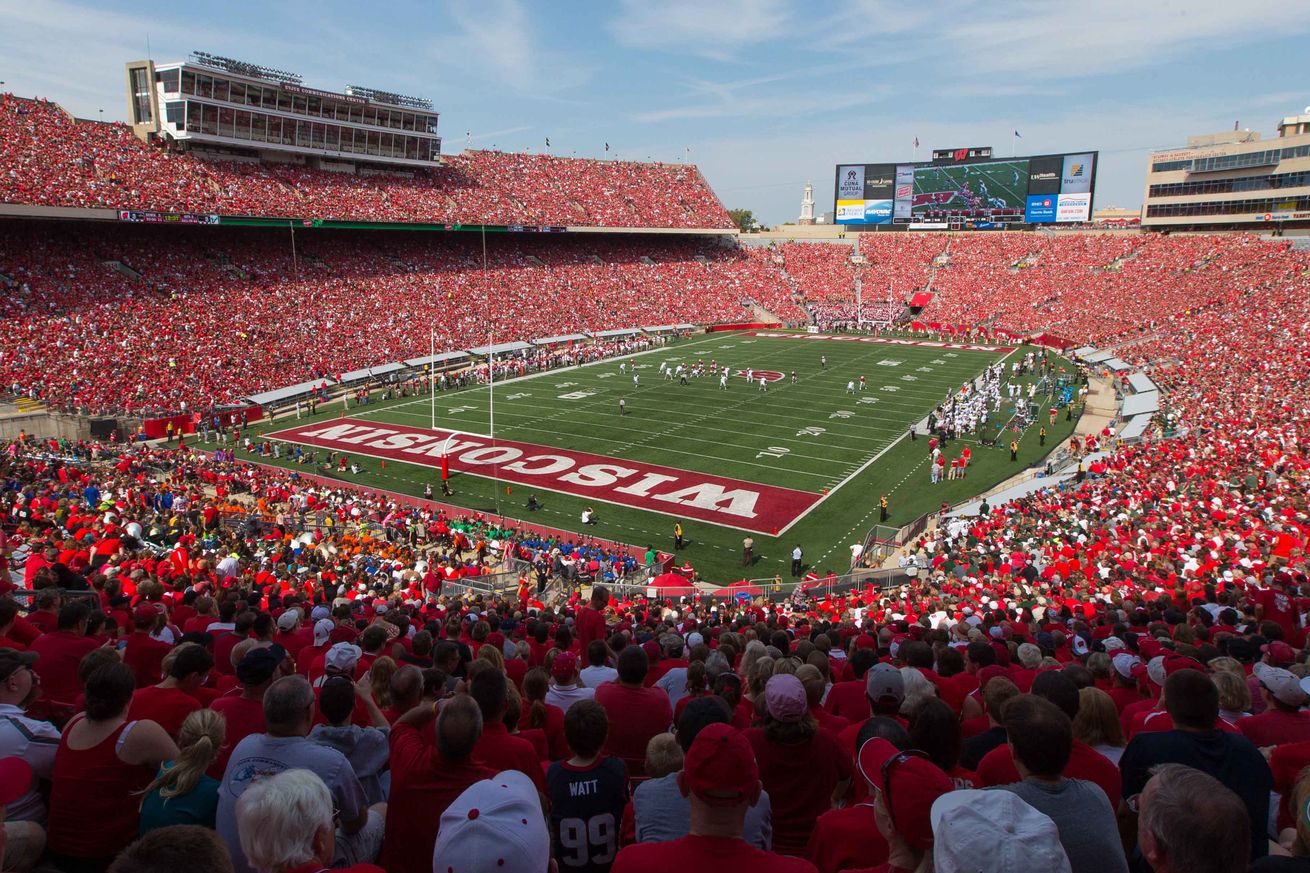 Offense: Joel Stave’s seemingly eternal run as the Badgers’ starting quarterback is over, leaving more questions than answers under center. Stave’s most likely replacement is redshirt senior Bart Houston, who threw three touchdowns and two interceptions while completing 57 percent of his passes in limited action last season. That being said, Kyle Vos of SB Nation said that redshirt freshman Alex Hornibrook had a better spring camp than Houston, and could challenge for the starting spot. Regardless of who starts at quarterback, it’s unlikely that Wisconsin’s conservative passing game will change much this fall.

As has been the case in recent seasons, the Badgers offense will rely mostly on the ground game, where star running back Corey Clement will try to rebound from a disappointing and injury-ridden 2015 campaign. He should split carries with fellow senior Dare Ogunbowale, who led Badger running backs in carries (194), yards (819) and touchdowns (seven) last fall. Ogunbowale also caught 36 passes and notched nearly 300 receiving yards last year, and should again be a factor in the passing game.

Whoever emerges at quarterback will have his fair share of dynamic targets to throw to. Ogunbowale provides an option out of the backfield, while Robert Wheelwright and Jazz Peavy return to lead the wide receiving corps. Those two combined for 52 grabs and nearly 700 receiving yards in 2015, and should help fill the shoes of the now-departed Alex Erickson. Junior Troy Fumagalli is a solid tight end; he was hampered by injuries last fall, which led to some missed games and inconsistent play. If that changes, Fumagalli has the potential to be one of the better tight ends in the conference.

As of now, only one upperclassman (C Dan Voltz) is projected to start on the offensive line, though redshirt sophomores Michael Deiter and Beau Benzschawel both saw significant playing time last year. The O-Line’s experience and depth should compensate for its youth, and the Badgers should be able to create holes in the running game and keep Wisconsin’s starter upright more often than not. The offense’s success will depend chiefly on the quarterback’s decision-making, Clement and Fumagalli’s health and what Ogunbowale can provide in his second year as a featured back.

Defense: Wisconsin’s defense in 2015 was, in a word, fierce. The Badgers led the Big Ten in total rush defense and were second in total pass defense last year, allowing only 3.1 yards per carry and 5.7 yards per pass attempt. After its season-opening loss to Alabama, Wisconsin allowed fewer than 12 points per game the rest of the season. While the offense hovered around the middle of the pack in the B1G last fall, the defense simply dominated the rest of the conference and finished as one of the best in the entire country.

Things are more uncertain heading into this season, however. Defensive coordinator Dave Aranda is now at LSU, and it’s unclear how the unit will respond to new coordinator Justin Wilcox, who was fired by USC head coach Clay Helton in December. The secondary also takes a big hit after losing three starters from last season (cornerback Darius Hillary, safeties Tanner McEvoy and Michael Caputo).

The Badgers still boast a solid front seven and should continue to have success stopping the run. Star linebacker Joe Schobert is gone, but leading tackler TJ Edwards returns as does fellow linebacker Chris Orr, who should see a bigger role after a solid freshman season. With holes in the secondary and a new voice on the sidelines, however, the defense could take a step backward in 2016.

Special Teams: There is certainly room for improvement for the Badgers’ special team units. Kicker Rafael Galgianone went a perfect 40-40 on extra point attempts but missed nine of his 27 field goal attempts; only three kickers in the B1G had a worse field goal percentage. Starting punter Drew Meyer graduated this spring, but his numbers were nothing to write home about (35.4-yard net average, third-worst in the B1G). Junior cornerback Natrell Jamerson saw the majority of kick returns last year, while either Peavy or senior cornerback Sojourn Shelton could replace Erickson as the primary punt returner. Jamerson found paydirt once in 2015, and was the only Badger to score a touchdown on a punt or kickoff return.

Outlook: Heach coach Paul Chryst was incredibly successful in his first season in Madison, leading the Badgers to 10 wins and a Holiday Bowl victory. An unforgiving schedule may make double-digit victories harder to achieve in 2016, however. The Badgers open conference play with a brutal four game stretch against Michigan State, Michigan, Ohio State and Iowa. Next on the schedule are Nebraska and Northwestern, who both played the Badgers tough last year. With a new quarterback, new defensive coordinator and a challenging schedule, even a talented Wisconsin team could hit some roadblocks this season. That being said, the Badgers will most likely stay in the B1G West race until the very end.

Best Case Scenario: Houston wins the starting quarterback job and runs with it, eclipsing all of Stave’s numbers from last year. Clement stays healthy and forms one of the conference’s best backfield tandems with Ogunbowale. The defense doesn’t miss a beat under Wilcox and is again the class of the Big Ten and one of the nation’s best units. The Badgers suffer only one loss during the tough part of their schedule and cruise to a Big Ten West title.

Worst Case Scenario: The beginning of conference play proves to be too overwhelming. The Badgers stumble early in Big Ten play, with underwhelming quarterback play prompting a midseason switch. Clement and Fumagalli can’t stay healthy, the wide receivers can’t produce and the offense struggles. The defense can carry some of the load, but doesn’t nearly compare to its success in 2015. Wisconsin is only able to tread water in the B1G West, becoming bowl eligible at 6-6 in an otherwise forgettable season.