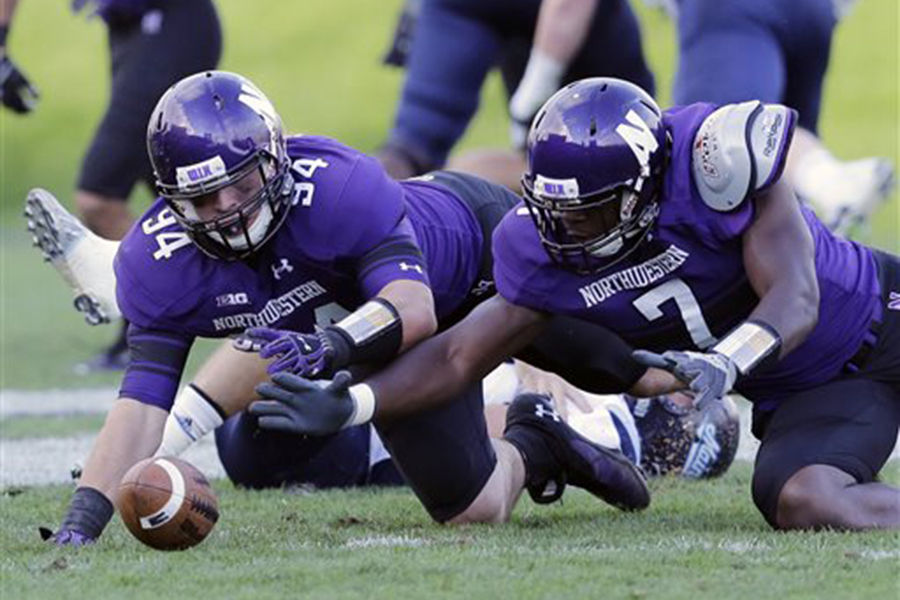 At the defensive end spots, replacing the production of Lowry and Gibson is a daunting, if not impossible task. Lowry, drafted in the fourth round of the 2016 NFL draft by the Green Bay Packers, was a consensus Second-Team All-Big Ten player. His ability to rush the passer and stifle the running game made him a dominant force on the defensive line, and eventually an NFL prospect. Gibson led the ‘Cats with nine sacks last season, and was signed as an undrafted free agent by the Lions. These are certainly not easy roles to fill, but Odenigbo and Washington have a fair amout of experience and seem prepared to take on starting jobs. Washington appeared in all 13 games for the ‘Cats last season, and Odenigbo has appeared in 12 games each season for the last three years. The ‘Cats are also bringing back all of their defensive tackles from last season, and that group should be just as good if not better than last year.

Keeping Robbins and Lancaster up the middle is huge for this unit. Robbins, in his sixth year of eligibility, picked up 17 tackles last season and was one of the most important parts of the strong run defense. Getting that consistent, reliable presence up the middle back for another year is crucial for this year’s line. Lancaster had a breakout year in his redshirt sophomore season, compiling 33 tackles while starting every game. Also, sophomore Jordan Thompson played in every game last year as a true freshman, and could reasonably be a starter on many Big Ten teams. The defensive tackle position is quite possibly the strongest and deepest group on the roster.

On the ends, however, what was once the team’s strongest position is now full of question marks. Odenigbo has been used as a third-down pass rush specialist before, but his ability to stop the run has never been a sure thing. Lowry and Gibson were both strong against the run, so a downgrade in that department could be a cause for concern. Also, depth on the ends will certainly be tested, as their two best fill-in rotation guys are going to be in full-time starter roles. Most of the reserve defensive ends haven’t had much if any meaningful playing time, so there could be some growing pains there.

Odenigbo has the biggest shoes to fill on the entire team, and the transition from reserve/pass-rush specialist to every down player is huge. He’ll no longer be coming just for a down here or there with fresh legs, but he’ll be going at it with the opponent’s left tackle every down. He is a senior though and certainly knows the system, but the ‘Cats will ask him to do a lot. He’s shown flashes before of being an explosive pass rusher, and now it’s time for him to take that next step.

The ‘Cats are strong and deep up the middle, but replacing last year’s talented ends could be a challenge.